Catalina 25 Lake Monroe
I'm creating this post to document the window replacement on my Catalina 25 in case it's helpful to other people. I ordered the replacement seal kit from CatalinaDirect.com and yesterday I pulled out the two windows that were actively leaking. In the starboard aft window, 3 of the screw heads were stripped and none of the basic "removal" methods worked (rubber hand, reversing with a drill bit, tapping with hammer and screw driver, etc.) so I got a "tap and drill" kit from Home Depot that came with four sizes. It worked on some, others took a lot of effort starting with the smaller size and going up to the second smallest in the kit. Luckily for me, the PO hadn't used any adhesive trying to hack a window replacement so they came out pretty easy. A couple of the screws in the port aft window were partially stripped but only one required the "tap and drill" method to get it out. I took one of the screws to Ace Hardware and got an entire replacement set of stainless steel screws because I would never put screws back in that were even slightly stripped. They're #8 screws 3/4" long (pic attached).

Both windows were leaking like crazy, but much to my surprise the wood was in perfect shape around the edge of both windows. Apparently it was leaking into the frame and then into the cabin, but not into the core. It was totally dry (even though it rained all day the day before) and there was no damage or mold in either window. (I feel like I'm winning at life!)

I cleaned up one of the windows at the dock, scooping out all the old sealant with a flat head screw driver. My god, that stuff is messy and sticky. I would definitely not recommend doing it there. Also, I would wear latex gloves because it was nearly impossible to get that gunk off my hands. I brought the second window home to do it in the shade, so I cleaned up the exterior around both window openings and ghetto-taped up trash bags keep water out in case it rains.

Another thing that surprised me is that the windows were actual tinted glass, not glass with a tint film on it.

I also pulled off the teak railwood because there were two screw holes leaking. The PO did a great job cleaning up all the teak, but I wanted to clean underneath and properly seal all the screw holes so I'm taking the opportunity to really scrub them up well and oil them. 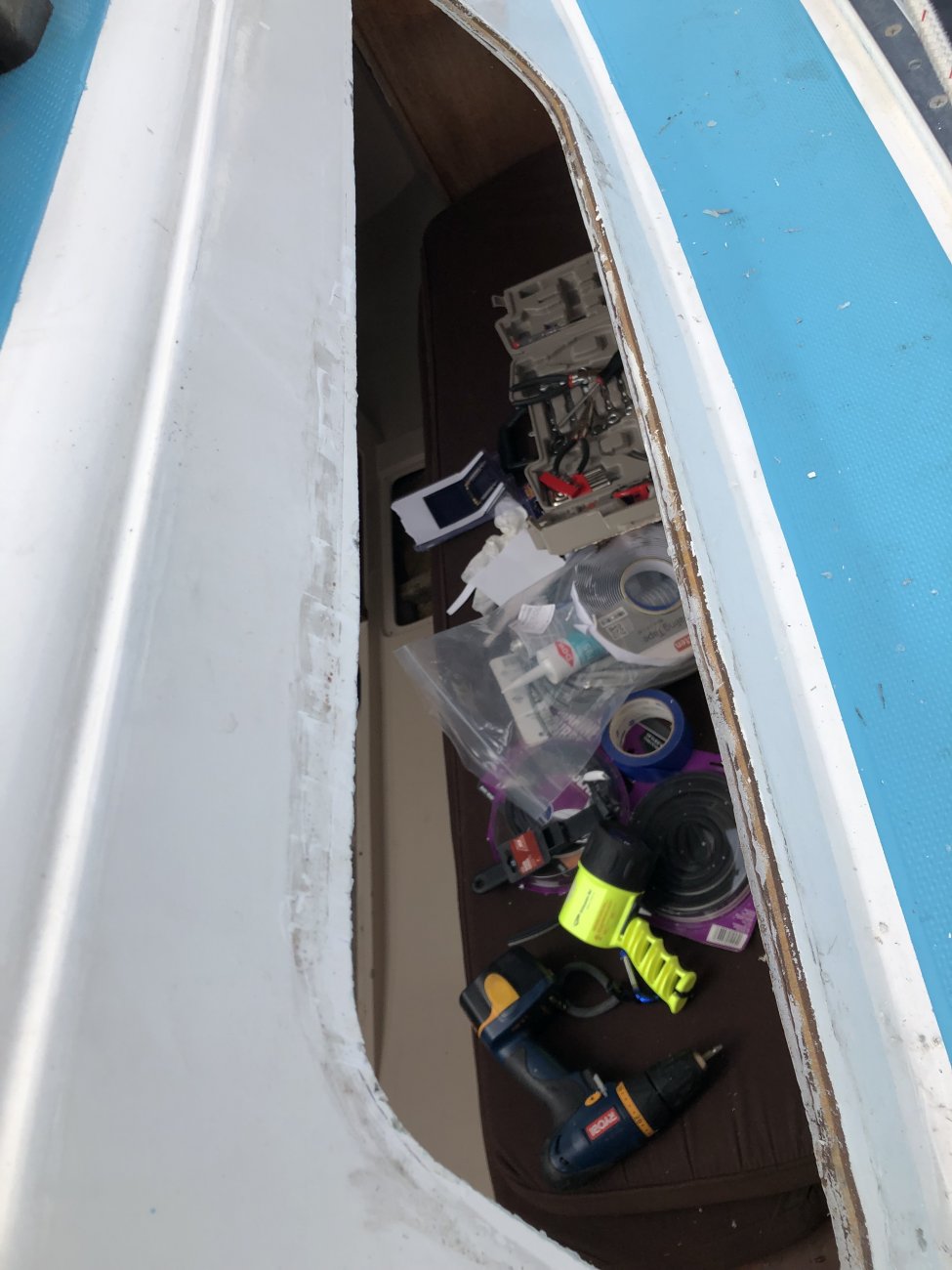 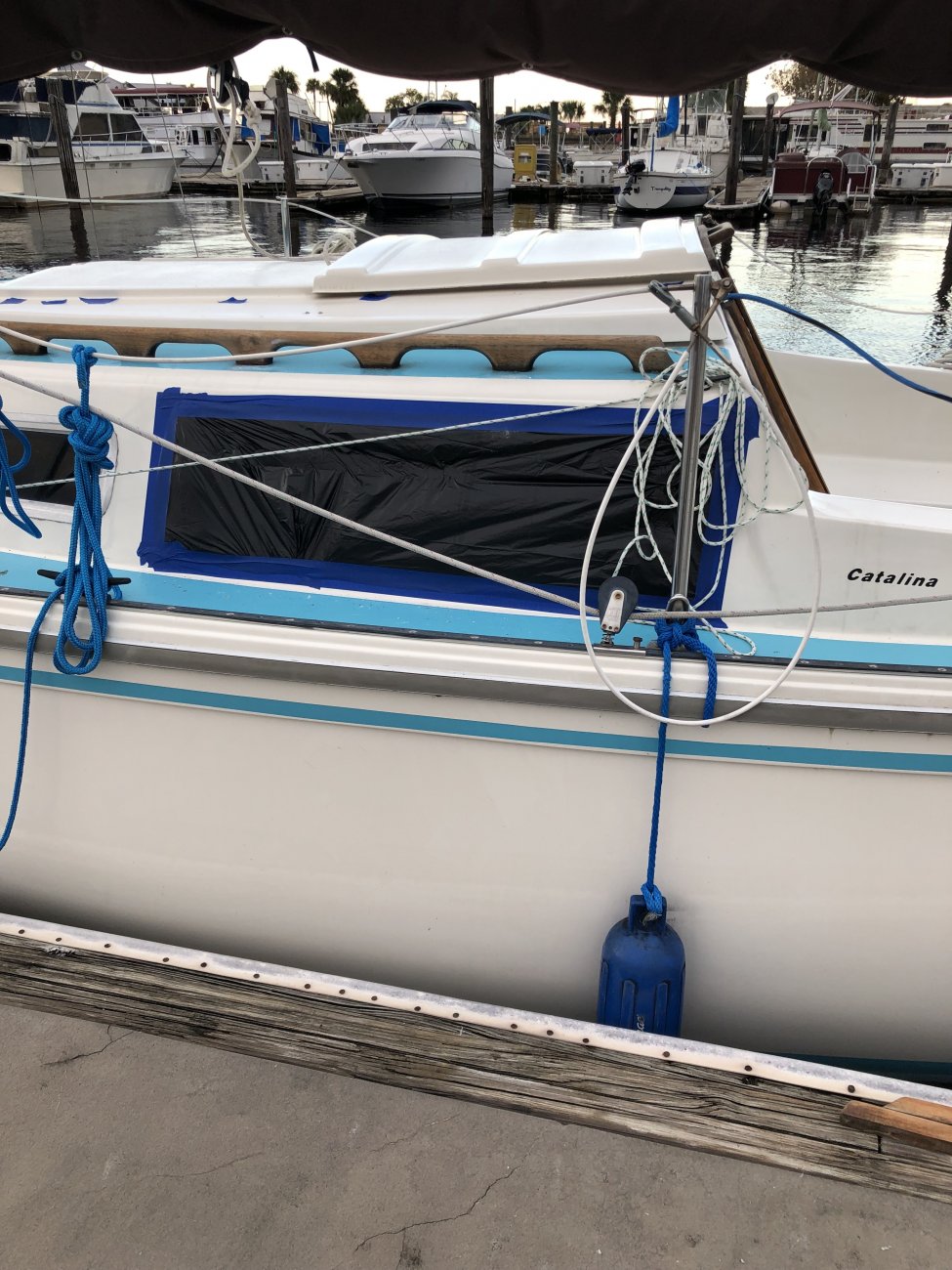 Catalina 22 Seattle
Looks like you have it nice and clean! For our Catalina RetroFit Window offering, no fasteners are used or required, the adhesive is that good:
https://shop.catalinaowners.com/prod.php?50812