O'Day 19 Littleton, NH
Through all of these discussions about airfoil lift, it is understandable and reasonable to compare a sail to an airplane wing, but they have a major difference that is seldom addressed.

The purpose of an airplane wing is usually to provide lift perpendicular to the direction of travel and further, that lift, caused by air flowing across the foil, is generated by the driving force provided by either the aircraft itself, or gravity, in the case of a glider.

For a sailboat, the purpose of generating lift is to take that driving force from the wind itself. The dynamics are different even though the mechanics are similar. There isn't a straight 1:1 analogy between the two.

Slickcraft 26 Greenport, NY
Well, I finished the article. Overall it seems well reasoned. But in some areas I'm still a bit at sea. Some areas seem contradictory. To avoid major recriminations at home, and in the interest of household peace and not to mention hours of chasing my tail on the internet, does anyone know of a video of the bathtub experiment or better yet a water or air stream demonstration of the circular flow phenonmena?
Likes: jon hansen and Hunter216

Hunter 216 Kingston
John
A little curious about the red lining?

“I think what he is trying to tell the reader is the tufts provide visual clues so the sailor can tread the fine line between steering too high (luff) and too low (stall) so that windward progress is optimized without adjusting sail trim.”

This is the section that prompted me to make my comment 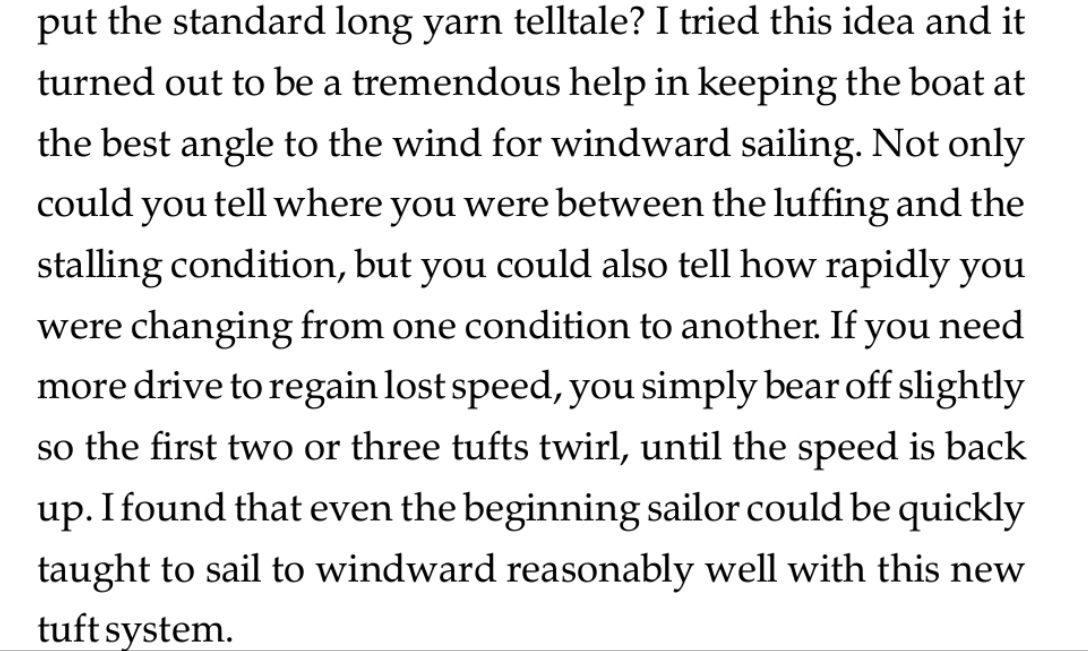 He is talking about visual cues helping beginning sailors to sail to windward effectively. They have yet to develop what I think Jon refers to as “the ride”

To me there is a small angle between pointing too high where the sail will luff and too low where the separation bubble forms and the sail starts to stall.

If the boat is headed at the optimal angle to the wind the tufts are stable, too high or low and they start to swirl around. Visual warning to the beginner that they need to adjust something quickly or the “problem” gets bigger.

CAL 35 Cruiser moored EVERETT WA
Yes. That is my understanding.
Note that Bethwaite calls this the “Natural method” of Sailing. You set the course, then set the sails, and alter the boat heading to adjust the angle of attack for the sails. No trimming needed. It is all about the “Set-Up”. Easy to do. With Gentry’s insight you make smart adjustments to the boat to adapt to your readings of how the “angle of Attack” is affecting the sails. Trying to sail the boat faster by balancing it between luff and stall.

Bethwaite challenges the “Natural Method” by suggesting you can make your boat sail faster if you also adjust the sail trim to address changes of angle of attack as you sail through gusts. He calls the Natural Method as the lazy mans sailing (and it is SLOW).

Gentry expands on the balancing when you are using 2 sails (main and jib). In the day there was a lot of talk about the “Slot” and the “Bernoulli Principle”. Gentry explains that there is no increased air movement in the “slot”. That the trim needed to keep the laminar flow over each of the sails is dependent on the sails, the sails angle of attack to the apparent wind, and that you may adjst the main differently to the jib as the jib will affect the trim of the main. 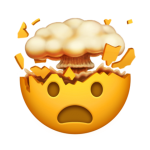 jssailem said:
Gentry explains that there is no increased air movement in the “slot”.
Click to expand

jssailem said:
... and that you may adjst the main differently to the jib as the jib will affect the trim of the main.
Click to expand

So... if there is no increased air movement in the slot, and I can get there with that, what is happening that makes the second statement necessary?

Slickcraft 26 Greenport, NY
I'll sleep on it. Probably wake up at 2 am and not be able to get back to sleep because the Loin King is in prison.
G

O'Day 1984 23 Island Park, NY
Ok.. I've seen these before and they're much better than any the other dumbed-down-for-my-brain explanations I've seen in the past... But just like them all, it leaves one question in my mind unanswered, maybe unasked, etc... At least gentry goes further than the rest...

The question in this case is, if the starting vortex gets left or travels downwind, once it does what keeps the circulation flow flowing? Why doesn't friction erode it till it disappears?

I wouldn't mind I the starting vortex stayed at the trailing edge (leech) but that's not what he says, unless I misunderstand

CAL 35 Cruiser moored EVERETT WA
Yes, as I understand you create the vortex but as you pass away from the point of creation this vortex is worked on by the flow of wind and is absorbed eventually. Now if you can get the vortex to hit the boat coming up on your stern perhaps you can give him some “foul” wind that causes his sails to stall. Oh the irony.
Likes: jon hansen

Slickcraft 26 Greenport, NY
One inconsistency is that in the bath tub illustration and the airplane model there is a source of power (Your arm or jet engine) that is external to the system. In the sailing model there isn’t that source and the comparison may not hold up.
Likes: Will Gilmore
B

jssailem said:
Yes, as I understand you create the vortex but as you pass away from the point of creation this vortex is worked on by the flow of wind and is absorbed eventually. Now if you can get the vortex to hit the boat coming up on your stern perhaps you can give him some “foul” wind that causes his sails to stall. Oh the irony.
Click to expand

Theres a really cool picture of some corporate racing event sailing through sea fog. The vortexs are visible for over a mile past the lead boat. just like the vortex from the private jets buttering cloudtops. They keep spinning going for a long time.

shemandr said:
One inconsistency is that in the bath tub illustration and the airplane model there is a source of power (Your arm or jet engine) that is external to the system. In the sailing model there isn’t that source and the comparison may not hold up.
Click to expand

How would your interpretation of the model change if there was some way of having some fluid go through a "black box" that removes turbulence before slowly going around the foil?

Its a model, but its can't work like that well in nature. I dont believe there is such a thing as "clean" undisturbed air. Air is fractal. So the model is probaly correct, but in nature the effect is sloppy and the more difficult to harness.

john alden caravelle 42 sturgeon bay, wis
give a kid a bottle of bubble maker and have them stand at different places and let the bubbles fly. makes for a fun lesson on how the wind goes thru the boat and rig.
Likes: Will Gilmore

O'Day 19 Littleton, NH
What shemandr is saying is that, because the wind is the source of forward movement of the sailboat on the water, there is a fundamental difference in the dynamics than when an airplane, fully immersed in the air, is acting as the driving force.

The direction of forces from wind over a sail lead to forward motion, where, with an airplane wing or a model for such, the forces are for air producing perpendicular lift. An airplane moves head on into the wind, a sailboat moves at some angle of the wind. The physics are the same, but the application is significantly different.

There is also other stuff going on. For example, at the angles to the wind that a sailboat moves, there is also a basic incline plane at work. I've heard the analogy to a watermelon seed being squeezed between two fingers, the sides of the seed are the incline plane and the force, the two fingers coming together, are the forces of wind and the lateral resistance of the water. The result is movement of the seed perpendicular to the two opposing forces, AND, that motion is at an acceleration and final speed that exceeds the speed of the fingers coming together. This is definately happening with a sailboat on a reach and NOT happening with an airplane.

Air in the "wild" isn't cohesive and laminar, but it can be understood to act somewhat like it is when taken as a whole across the sail. This, of course, is for the purposes of understanding and development of useful theories. Models are necessarily simplistic. The danger is in losing sight of that and ignoring all the extra stuff that's going on as though it is not happening at all.

CAL 35 Cruiser moored EVERETT WA
Bobby. Interesting image of boats going thru the cloud layer. It appears that the edges of the fog curl downward. Does this mean as the tip of the sail goes thru the air the vortices roll the air downward?

Hunter 30 Everett, WA
Okay, the wingtip (or sail) vortex makes me wonder if anyone has tried a small winglet at the top of the sail? They pay for themselves on airplanes.

CAL 35 Cruiser moored EVERETT WA
Good question. Not to certain how one could designed an efficient wingtip model as the sail needs to work on both port and starboard tacks while the wing and winglet is fixed up and down.

I think the change at the head of the sail from a point at the mast head (the typical triangular sail head board at the mast head) has been attempted with what is called a "Square Top". 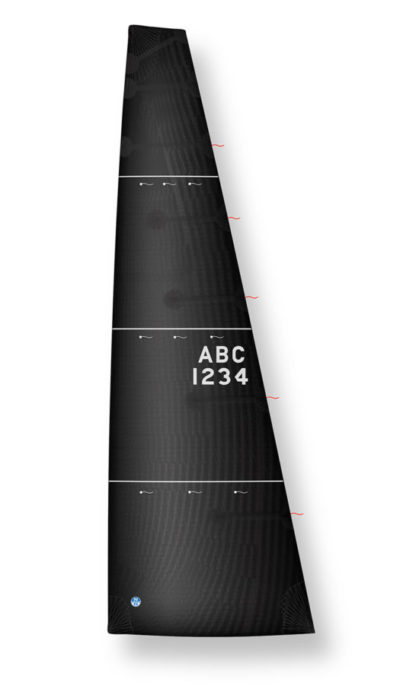 Ken Cross said:
Okay, the wingtip (or sail) vortex makes me wonder if anyone has tried a small winglet at the top of the sail? They pay for themselves on airplanes.

With a square top, you could potentially pin just the aft corner to the winglets and let it rotate on the masthead leaving the section in between free to take its shape, like a loose footed sail on a boom.

Another thought is to simply put a plate on the masthead, maybe something disk shaped. No movement.

Catalina '88 C30 tr/bs Oak Harbor, WA
I sailed on a boat with a fat head main for the first time this weekend and it produced some interesting problems. We had some very light breeze and because of the compression in the full length battens the sail would stay inverted with the draft to windward after tacking in anything lest than 5 knots of wind. The only way to get the draft to come through was to drop the main all the way to the boom and push each batten to the correct side as it lifted off the boom. Really slowed down the tacking times. We even tried sending a crew up the mast to jump them through like I have seen on some Volvo coverage but that just ended up with lots of laughter as he bounced on a vertical trampoline while hanging from a string.

Catalina '88 C30 tr/bs Oak Harbor, WA
I forgot to mention that there were 7 battens to deal with and the air draft is over 85'.

Catalina '88 C30 tr/bs Oak Harbor, WA
The owner told me that the Fat head main greatly increased the work required to trim the sail. previously, sail handling consisted of trimming or easing the main sheat (over 100' long and used every bit of it.). Now he needs to go to the mast after every tack and release one running back stay and tension the other. I do not know how he will manage!
You must log in or register to reply here.
Share:
Email Link
Top Bottom