My dockmate's makin' me look bad! 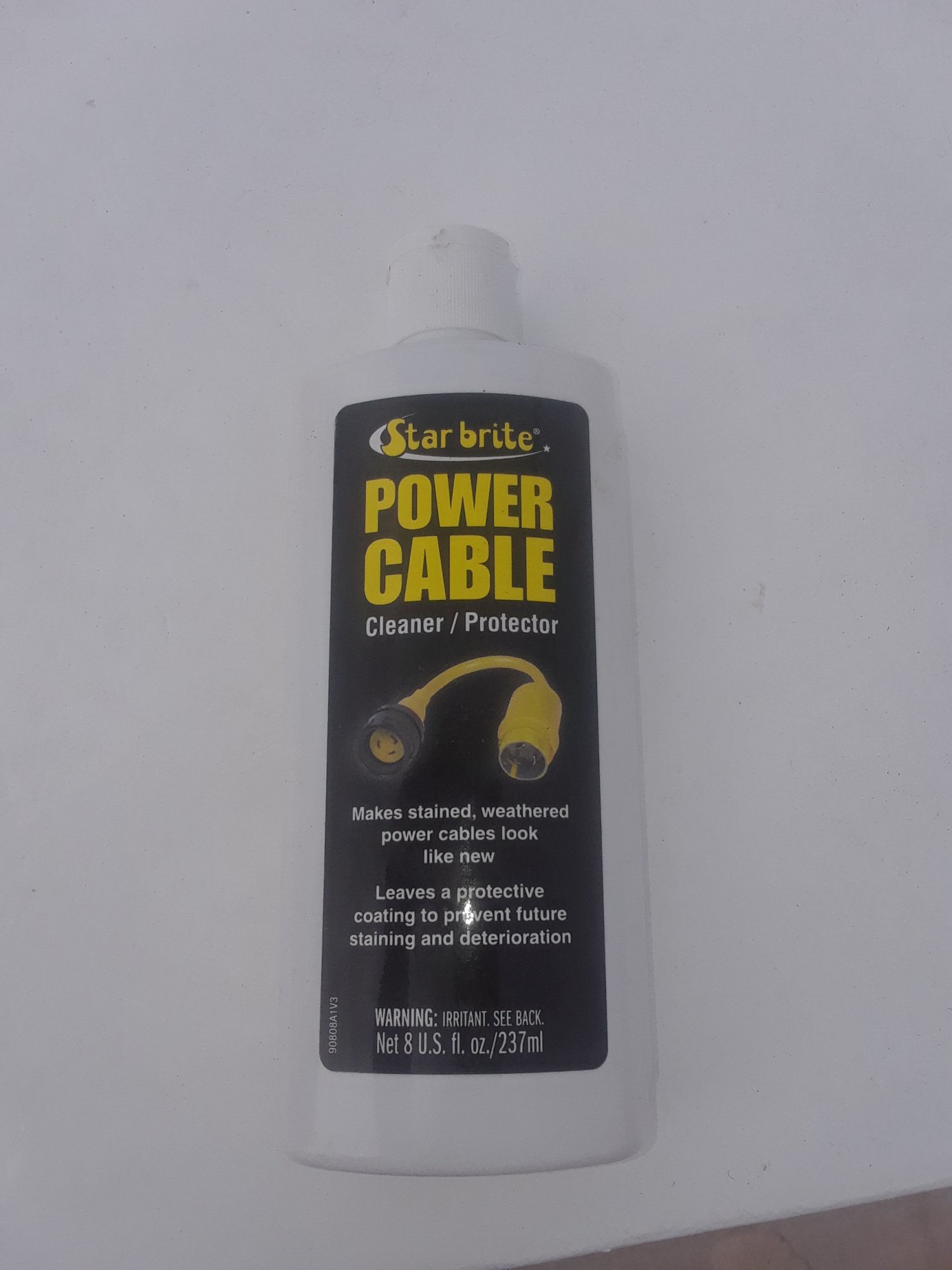 Slickcraft 26 Greenport, NY
They also make covers for cables. I always thought that was a little precious. Nevertheless, if you've ever cleaned one (I don't know about that product) you'd appreciate not having to clean it. It is a pain....

CAL 35 Cruiser moored EVERETT WA
I observe that the product has a warning.

Regarding using it the, label states, it is an IRRITANT.
“ A thing that is continually annoying “

Hunter 46 Point Richmond, CA
Or you can cover your power cord. I have it covering my cruise-out power cord.....always looks clean when we cruise-out.

Hunter 30T Cheney, KS
I have to share this with my dockmate. He is the poster boy for meticulousness. I shall not be intimidated
Likes: JRacer and justsomeguy

sail sfbay said:
you can cover your power cord
Click to expand

Looking at a dress up'd power cord looks to me like what they do to little dogs... 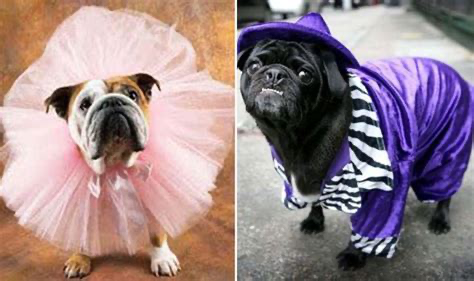 These dogs just give off that vibe... "Common step a little closer"... I got you a "You dressed me up in this silly costume" bite to take a chunk out of your ankle...
Likes: Leeward Rail and ggrizzard

Hunter 46 Point Richmond, CA
And you cover your water hose with a vinyl cover, which keeps it clean and always looking attractive while coiled at the dock OR on the shore water hose connected to the boat. 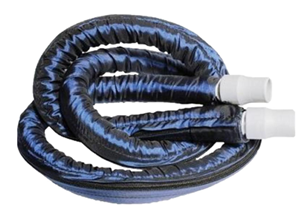 jssailem said:
Looking at a dress up'd power cord looks to me like what they do to little dogs..
Click to expand

Hell yeah, Both seem pointless, but many affectations of "yachting" seem that way.
(I would take a workboat over a fancy, polished, captains gig. Screw any club with a dresscode.)

With dogs, I just imagine the "conversations" at the dog park..
"Hey ! Look at how Dave is dressed today ! ROFL"
"That's not his fault. His stupid humans think that his fur isn't good enough. I suggested that he rip their throats out in their sleep, but he says they feed him raw meat diet and give him lots of cool toys. I wonder how he handles it in this heat"
"Hehe.. Yeah, but he still looks like an idiot instead of.. what.. an elf ? .. not sure... Regardless, I would still bite them when they try dress me"
Likes: Gene Neill

Hunter 30T Cheney, KS
This one still cracks me up. Would Obi Wan dress up a dock cord? 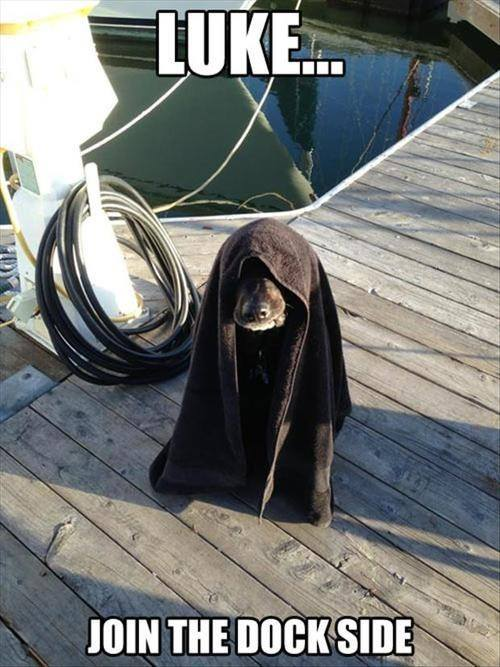 Hunter 310 West Vancouver, B.C.
@justsomeguy , I take it you have you used this Starbrite Power Cable Cleaner ? Does it REALLY work on heavily stained shore cables.

My five year old Smart Plug cord is the worst case I have seen as far as staining goes. It showed the first mildew like stains after about three years old and the stains are impossible to remove. It looks like a rattle snake with eczema. My old Marinco did become pretty stiff after about 15 years in the sun but never stained like this.

So in short, how is it for bad staining ?

Hunter 46 Point Richmond, CA
For the winter get an attractive electrically-traced, freeze-protected water hose at the dock for washing your sail boat OR water supply to your boat's shore water connection. Your berth neighbors will be amazed that you are the only one with flowing water. I used these on my trailer winter camping. 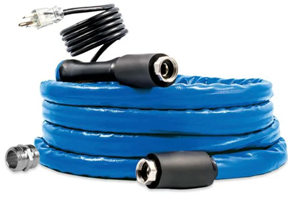 I did not find that product to work. Found acetone to work cleaning up an old-looking power cable.
Likes: Leeward Rail

sail sfbay said:
For the winter get an attractive electrically-traced, freeze-protected water hose at the dock for washing your sail boat OR water supply to your boat's shore water connection. Your berth neighbors will be amazed that you are the only one with flowing water. I used these on my trailer winter camping.

Hunter 46 Point Richmond, CA
An option for your dirty, white potable water hose clean is NOT TO CLEAN IT but REPLACE IT with a black hose say from Zero G. It always looks clean!! Do what I do and coil it up neatly in a round BLACK planter box like the one below. 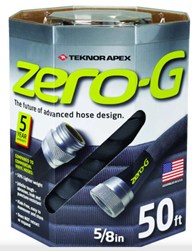 Hunter 46 Point Richmond, CA
More boat jewelry............don't forget to install personalized fender covers AND dock bumper fenders that allow you to neatly stow your fenders in a rail-mounted fender rack while you are docked at your marina.

sail sfbay said:
I did not find that product to work.
Click to expand

Thanks for the heads up. I had my doubts that it would work.

That was the only thing I found that cleaned my old Marinco cord. It removes a few 0.001" of material off the surface which is the only way to remove those bad stains. Did it to my old Marinco when I sold it. Looked like new although a little stiff. I think the trick is to wipe it fast and allow the acetone to evaporate immediately. I think if you really soaked the hose, the acetone would penetrate and you'd have problems.
Likes: Leeward Rail

Ralph Johnstone said:
I take it you have you used this Starbrite Power Cable Cleaner ?
Click to expand

No, I have not, and it didn't appear to work quite as good as some dish soap and a Scotchbright pad.

Hunter 310 West Vancouver, B.C.
My cord now looks so bad I'm considering at a mixture of suphuric acid and nitroglycerine to see if I can clean it up a little.

I know that I'm always at least five minutes behind the times, but I've got to know what NTTAWWT stands for ? ? ? ?
Likes: jssailem

Ralph Johnstone said:
I know that I'm always at least five minutes behind the times, but I've got to know what NTTAWWT stands for ? ? ? ?
Click to expand

Ralph, you're about 20 years behind the times!
"Not that there's anything wrong with that."
Likes: jssailem
You must log in or register to reply here.
Share:
Email Link
Top Bottom