jviss said:
That seems way high for standing rigging for a 43' boat. I would have guessed under $2k. Maybe I'm living in the past.
Click to expand

"Oh yea" to what, the price, or living in the past?

Let me qualify that I'm assuming this is the price for just the replacement wire rigging, with terminals swaged on, etc., and taking the old off and putting the new on is done by the boat owner.

Tartan 3800 Westport, MA
By the way, one can completely price out a standing rigging set on Rigging Only's website: all wire, components, and labor prices are there. If I had my boat documentation with me, which includes all rigging component dimensions (!), I might just start a spreadsheet to price it out.

I'm planning on new lifelines and standing rigging on mine, which will be 22 years old next season and looks original. The boat spent some time in fresh water, and also salt, and I guess I could spend money on dye-penetrant tests and x-rays, but it will likely be cheaper to just replace it all.

I've found data points for 30' boats in the sub-thousand range for standing rigging from the manufacturer (2010, Catalina 30).

I assume you have commissioned a thorough survey by you independent marine surveyor. How much did you pay for the survey?

If the $7,500 plus whatever you spend on the boat in the next, say year or so -- say another $7- 15K, or more, for dockage/storage/parts/service, etc., etc. etc. is money that will change little in your life (or those of your immediate family), then who are we or I to question that. I don't want to piss on your dreams.

The rest of you can look at the pictures and draw your own inferences, etc.

It used to owned, in 2005 by a couple named Herb and Kitty Worsham. They attended a get-together of Columbia owners.

jviss said:
"Oh yea" to what, the price, or living in the past?
Click to expand

That cheap, and maybe the quality that it used to be not so many years ago.

CAL 35 Cruiser moored EVERETT WA
Jviss.
I priced the shroud wires at $2K for my boat in 2016. Then there were costs removing the mast. Mast storage. Additional replacements while the mast was down - wires, lights, antennas, halyard sheaves, etc. Rigger experience to solve issues. Then his boat is a 43 footer. The $10 K seemed reasonable.
Maybe a bit bigger budget than the minimal cost model.

Hunter 30T Cheney, KS
"Is it a Steal or a Scam??"
From what I'm gleaning from the responses, it's neither !
Z

Columbia 43' Huntington Beach
Thank you all again for the responses, @SG I tentatively commissioned a surveyor for next week. I have high hopes! Also, I am impressed by your google skills, I searched far and wide yesterday and didn't catch that info about the previous owners. As for the money, I have never been too attached to it haha. I drive a 1985 bmw 325e, and for the amount I've put into it, you'd swear it could float!
Z

Columbia 43' Huntington Beach
It appears someone else jumped on the opportunity, she was sold this morning. I just wanted to thank everyone again for the input and I am sure I will be back with another prospect soon!
Likes: kloudie1

Hunter 30T Cheney, KS
What are marina fees out there? $$$ I imagine. I miss Huntington, Newport and Laguna beaches. I was stationed at MCAS El Toro back in the 70's. I remember walks on the docks.

J/Boat J/160 Annapolis
Zach, don't fret from someone that jumped on it.

Unless the pictures were wrong -- aside from likely rigging and engine issues to deal with i) The electrical systems look pretty tired; ii) the non-skid on the deck looks like something was either done to it poorly or it's worn off; iii) The interior has a lot of cosmetic work (which get's into taste, tolerance, and self-actualization matters; and, iv) almost everything from the anchor, the chain, the electronics, stove, are candidates for replacement. I notice the refrigeration which is a neat thing to have, but probably is in the same need of replacement.

If you have a REAL surveyor that spends 6- to 8 hours and writes a report, you'll probably need to plan on paying $700 to $1,000. If you're really serious about doing this, and you're buying a older boat, you'd be very "pound foolish" not to go into it with open eyes that have educated by an experienced survey. Even then, a survey doesn't find everything.
Z

Columbia 43' Huntington Beach
@SG I will definitely be back soon, thank you so much for the advice. I am already back on the hunt! I am fairly skilled with electrical, and a decent woodworker. I am going to have a lot of time on my hands very soon, which I expect to spend learning/making repairs on my future project. Thank you, the beamer definitely keeps me busy and has taught me that pouring money into something doesnt fix it, it just makes the hole deeper. 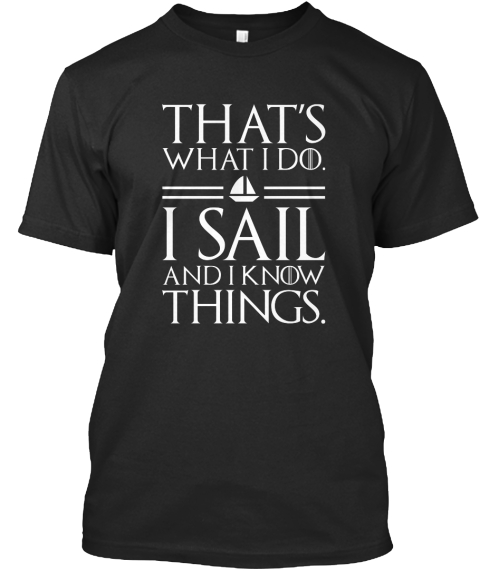 CAL 35 Cruiser moored EVERETT WA
Zach... Boat buying is kind of like first dates. Sometimes they work out, sometimes they do not.
Likes: Solarfry

CAL 35 Cruiser moored EVERETT WA
It might be a good thing to get a smaller boat and build your boat skills. Say in the 27-30 ft range.
Z

Columbia 43' Huntington Beach
And I am back! I found another boat for everyone's critique, I went down and saw her this weekend. Everything looked great per the list and I am planning on a haul out survey this coming weekend. Given she doesn't get swooped out from under me again. I did see some things that I would like a second/third/fourth opinion on though. Here is the listing; https://sandiego.craigslist.org/csd/boa/d/morgan-35-ft-sail-boat/6337007201.html

Hunter 30T Cheney, KS
"rentivated"? Very clean looking boat even if the seller can't spell. He put $60K into it in 2 years?? Sounds like he had high hopes of keeping it, so you may reap the benefit. I don't think this one will be listed for very long.
Z

Columbia 43' Huntington Beach
Well I did see some things that I hoped a survey would address. For one, he told me the jib would not furl correctly, when I took a look up at it, about half way up there was notable tearing visible. He informed me that was only the cover and that the sails were in good shape. It didnt look to me that any care was taken to secure the improperly furled jib, I took some pictures that I will upload soon to show everyone.

Catalina 270 255 Wabamun. Welcome to the marina
Does it come with the happy, smiling crew?