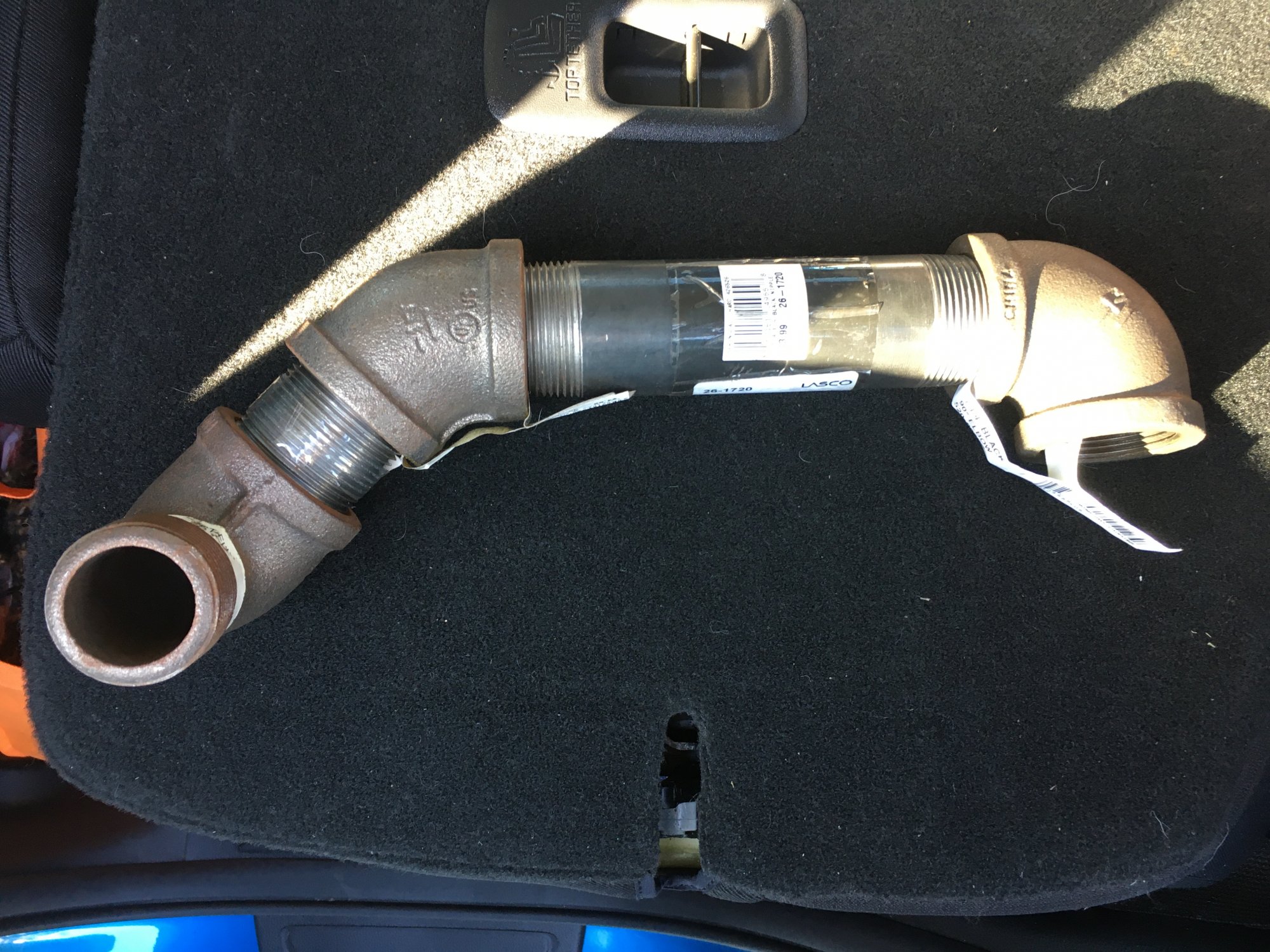 jonelli said:
I didn’t know if it would help with corrosion it wasnt for looks!!
Click to expand

I would venture to encourage you to carefully inspect your old one, because it most likely disintegrated from the inside out.
It is insulated on the outside to keep that excessive heat IN. There should be no corrosion on the outside of a hot pipe, especially when insulated.

Nice work on the placement parts. Did you get Schedule 80 pipe? It's thicker than the standard Schedule 40.
Likes: TomY

Catalina 30 mkII - 1987 Long Beach Shoreline Marina
Thanks Stu,
I used the standard pipe that my local ace hardware had which looks identical to the one and I believe is schedule 40.
I had a bit of a problem with the new factory nipple tube.the distance between the welded nipple and the top threads was about half inch more than the old one so I’ve got a little bit of upward angle on the horizontal tube now. Seems okay and still lines up with the hump hose. I still had to cut two inches off the lower half of the factory part so it would fit over the muffler intake without touching.
Also discovered a kink in the raw water hose that goes on the nipple so I’ll replace that tomorrow.
i just tested it out, haven’t wrapped it up yet. I didn’t notice any difference with my rpm issue in gear, so I’ll have to keep going. Glad I fixed this though.
for anybody else, I had no issues getting the three bolts off of the flange of the manifold. What was the hardest was getting the flange off the old pipe. It wasn’t budging so I had a friend help me cut it off and we got the old thread out with a chisel. 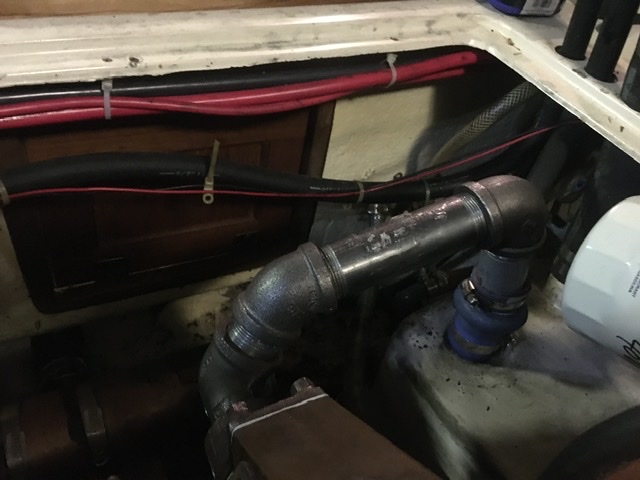