Hunter 34 Deep Bay, BC
I want to replace the main AC circuit breaker in my early vintage ('83) Hunter 34. The existing one occasionally breaks the circuit (Note: it doesn't trip, it simply stops transmitting power). I can usually toggle it back and forth a couple of times and it will come back. Once I had to unplug shore power and plug it back in to get it to come back. It is clear to me it's failing and needs to be replaced.

The problem is that it is a double pole breaker with 30A on each side, but there is only a single toggle. All the ones I can find either in local chandleries or online have a double toggle, but there is no hole in my panel for a second one, and I'm more than a little reluctant to have to drill one, as I'd have to basically remove all the breakers to do it.

The first photo attached shows the front of the panel, with the culprit at the top right. The second shows the double breaker behind that. The neutral incoming wire is in front (white) with the hot behind (black). I have no idea what caused the arc marks on the neutral line going to the neutral bus, but there is nothing there now to cause it. I'll replace that bit of wire when I replace the breaker.

Anybody know where you can buy such a thing? 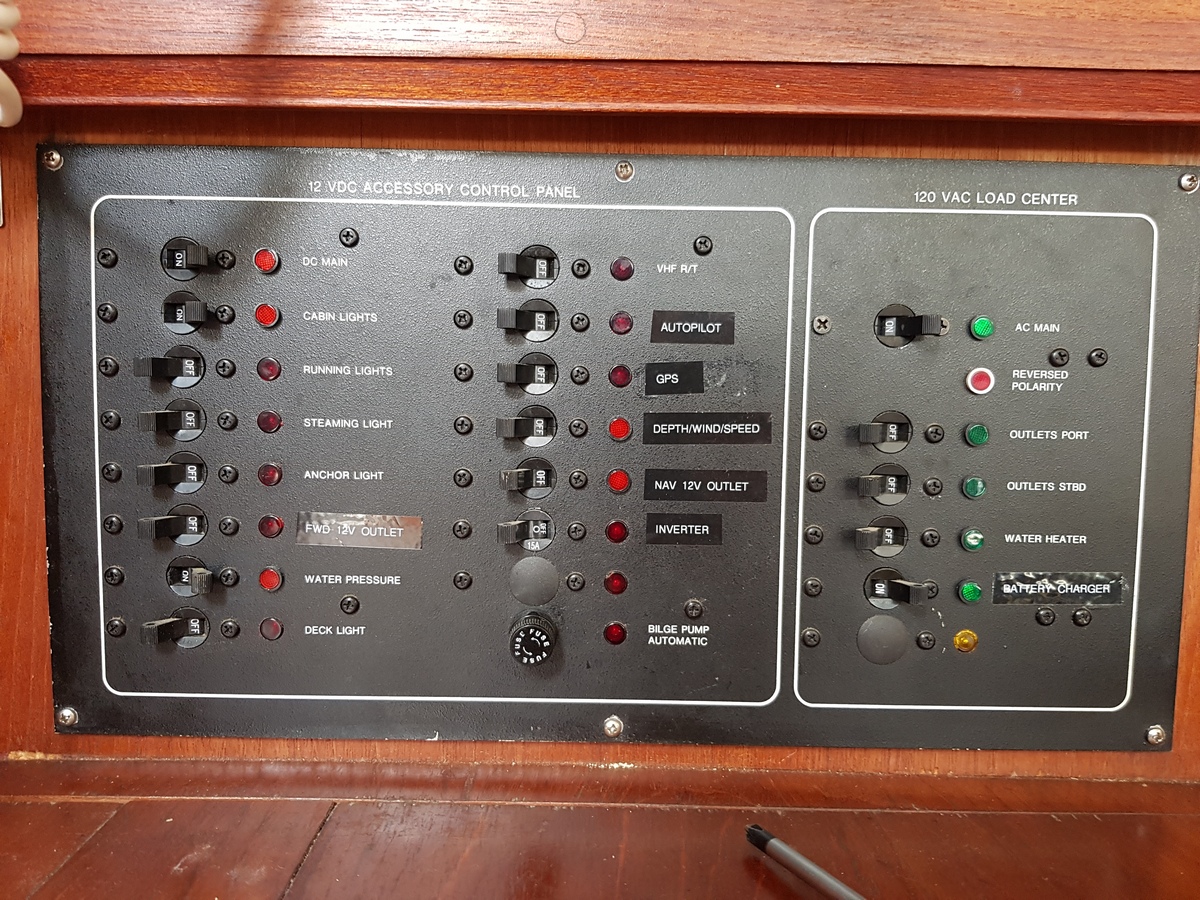 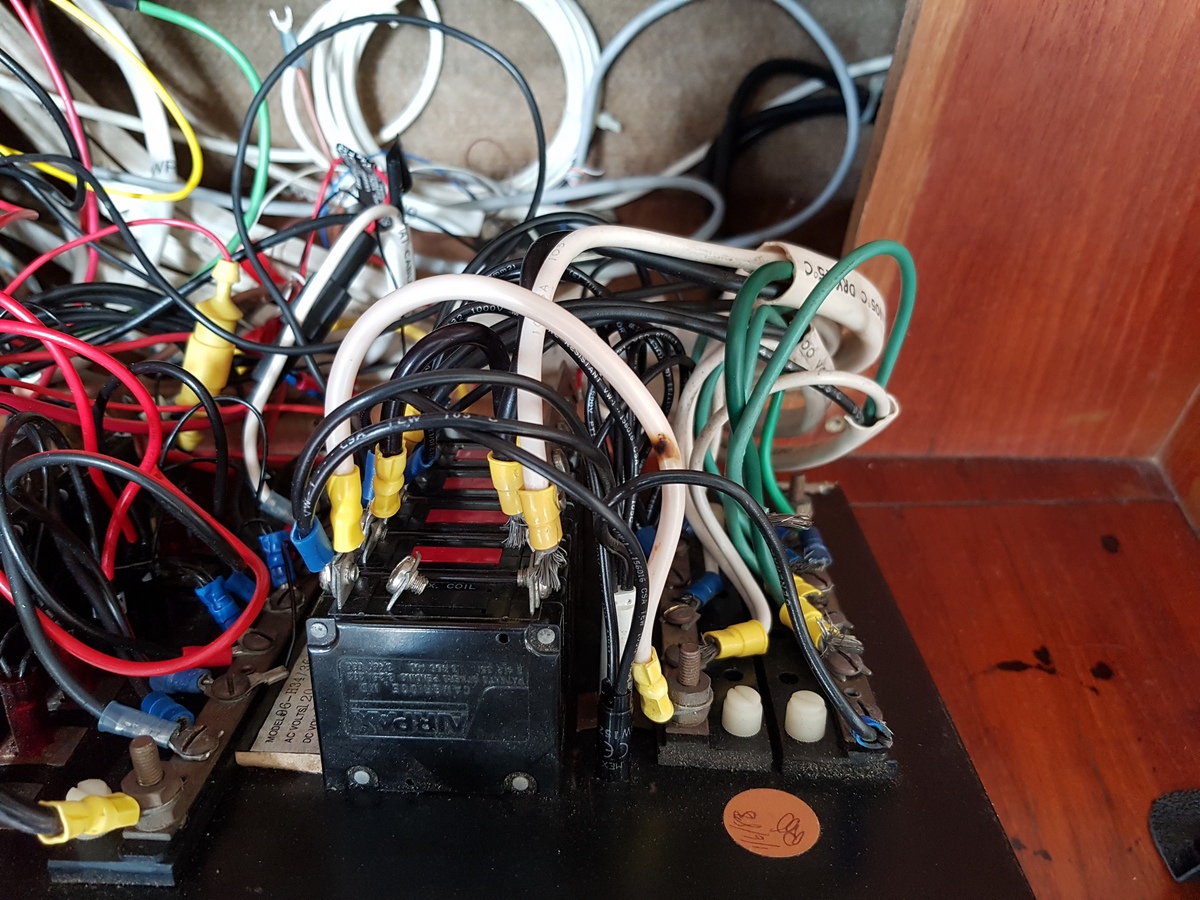 Hunter Passage 42 Shelter Bay, WA
Likely made by Paneltronics, which is where Hunter obtained panels for many of their models including ours. Different model boat and ours is a 1991. Purchased parts from them before. Try here: http://www.bing.com/shop?q=paneltro...&originIGUID=E4A43AC2512C43A7A1095C6BBCE5AD8C

Hunter 34 Mandeville Louisiana
The breaker on the panel is made by Airpax.. This is as close as I found:
https://www.peerlesselectronics.com...ax/iulhk11-1reg4r-64f-30-0-01-circuit-breaker
It has stud connectors instead of screws..
If ya took the model number and searched, ya might find one.. Carefully drilling for a dual gang handle may be in order.. ??

Hunter Passage 420 Rock Hall, MD
I recently had to replace ours on our 420. Yours may not be the same but the original we had was an airpax UPG666-27824-1, 3 pole 30 amp with reverse polarity circuit with white middle switch.
Get a hold of Custom Marine Services, cmsquick.com. Give them the part# of yours and they should be able to fix you up. They deal in all types of breakers.
Likes: kloudie1

Hunter 34 Deep Bay, BC
Thanks, guys. The original panel was made by Bass Products out of Marblehead, MA. The model number on it was 96-H34/36/37.
Surprisingly, they're still in business and while they no longer carry the original Airpax one (I found the exact model number - IPA-66-1-30.0-01; very similar to what Kloudie found, but with a round opening for the toggle instead of rectangular), they have one by Carling that costs 1/3 of what the Airpax one does. The only downside is that the toggle is white instead of black. Having the main breaker stand out doesn't seem like such a bad thing to me, however. Now to see if a wider search of Carling breakers turns up the same thing but with a black toggle.
Likes: kloudie1
You must log in or register to reply here.
Share:
Facebook Twitter Email Link
Top Bottom