Catalina 22 293 Huntington Lake, CA
A friend recently obtained a very clean 1968 V-21, with brand new sails and a sweet 4 stroke. Then he became very ill. He offered to me to use, as my own boat needs new sails. I took it home and cleaned the leaves and spider webs. An hour later, I was at the local pond stepping the mast and could not locate a back stay. The mast had no spreader(s), and only 2 shrouds per side. The mast appeared to be very sturdy, the rigging tight and no excessive rake in the profile. I have not seen any pics of a similar boat without a back stay, and on my C22, there are 3 shrouds per side and a spreader. The boat was super slippery, and handled like a very trimmed down version of my C22. Also, I could not figure the method of the traveler, as I have been very loyal to my 22, and am unfamiliar with the ways of the Scottish. I tried to find a rigging guide for the V21, but google seems to think I want to see every sailboat ever photographed, except the V21. What say you? Thanks, Greg

Catalina 22 Seattle
It could have come with just an upper and a lower, but the C22 rig is better with 2 lowers. That boat definitely needs a backstay. It likely employed what I call a tripod arrangement for the mainsheet

Catalina 22 293 Huntington Lake, CA
That looks like what I think the traveler should look like! So, some boats lack a backstay by design, not because I lost it on the highway? That is good to know! I wish the cabin height was taller (low overheads and my forehead always seem to meet), as that little boat is like an indy car in light breeze. Love the size of the C22, but that V is easier to single hand. Thanks for the help!

Hunter 26 Charleston
I have owned two Mac V21's and a Mac V22. All three had a back stay. However, the backstay was loose (slack). It only really ever came into play when running. The back stay also only went to one side. If I remember correctly the chain plate for the back stay was on the starboard corner of the transom. You can see the stay in this picture. I had rigged mine as a clipper but that is not standard. Dave is correct about the traveler system for the main sheet. And the Mac 21 does not have spreaders. 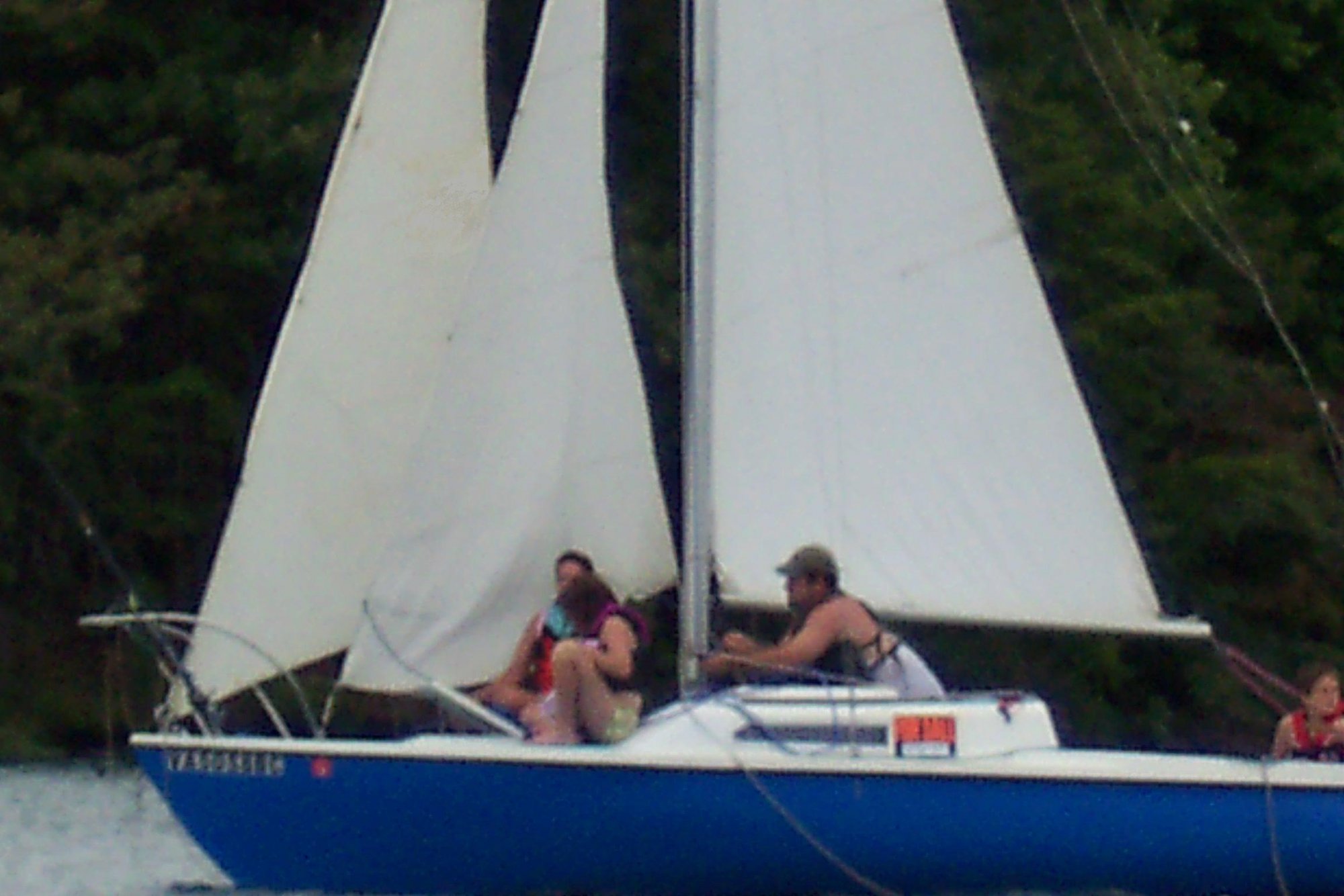 Catalina 22 293 Huntington Lake, CA
Sweet! Thanks for the info, and it looks like I may need to search the road side, parking lot, or the depths of storage trunks... At least no one made fun of me - to my face, at any rate.
You must log in or register to reply here.
Share:
Facebook Twitter Email Link
Top Bottom