Alden 38' Challenger yawl Rockport Harbor
John Alden was a master schooner designer. VOYAGER, design #390 B, was one of nine boats built to the design. 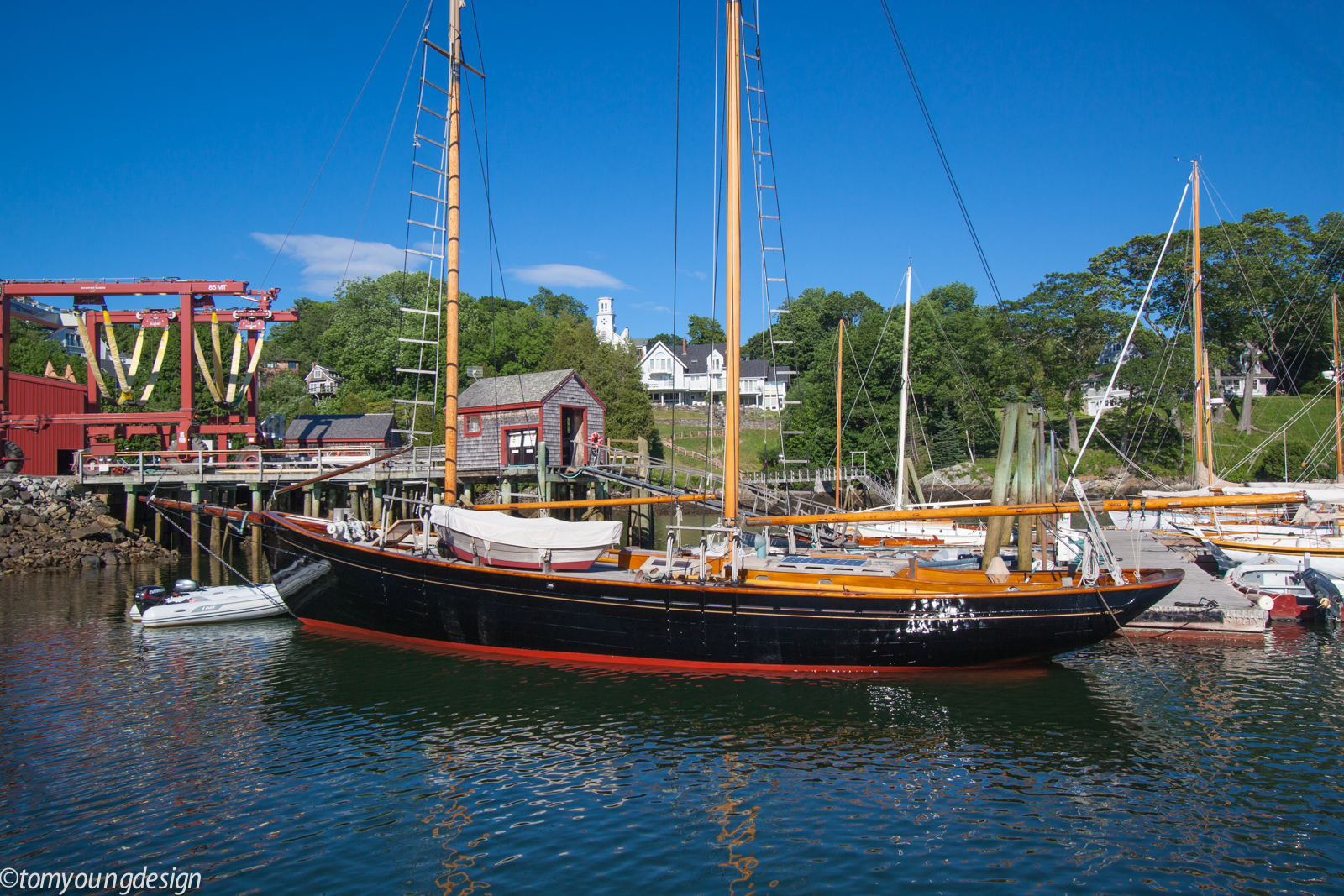 These boats took their cues from the working Gloucester fishing schooners. You can see those lines in the classic knuckle bow. 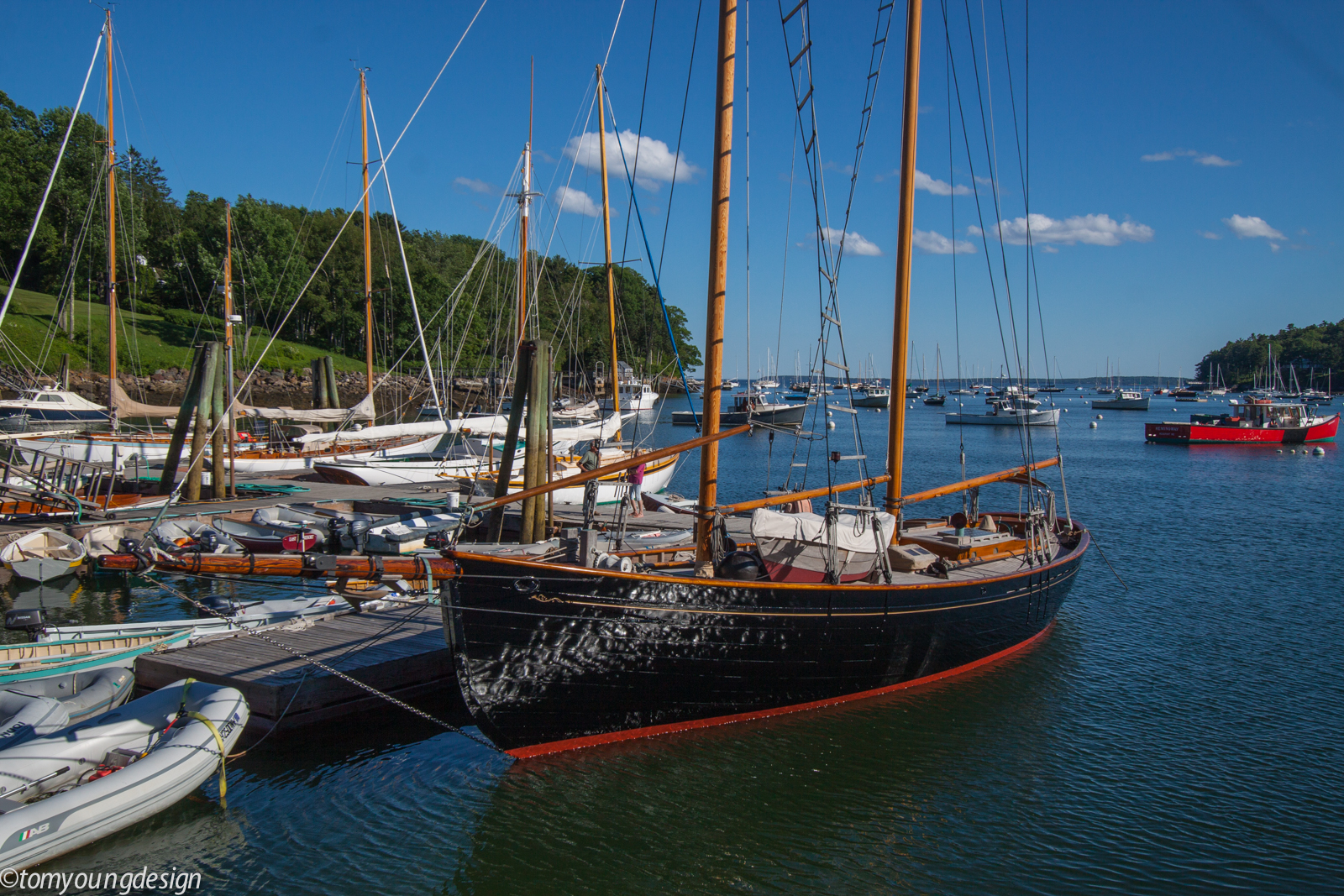 VOYAGER was built in 1929, at the Charles Morse Yard, in Thomaston Maine (in biz. today as Lyman Morse).

Though she resembles the old fishing schooners - especially with the lovely gray teak planked dory on deck - VOYAGER was designed to 'voyage' and race. The decks on this 50'er are expansive.

A simple boat by todays standards, with her schooner sail plan, she looks easily managed by a small crew or couple, heading over the horizon. 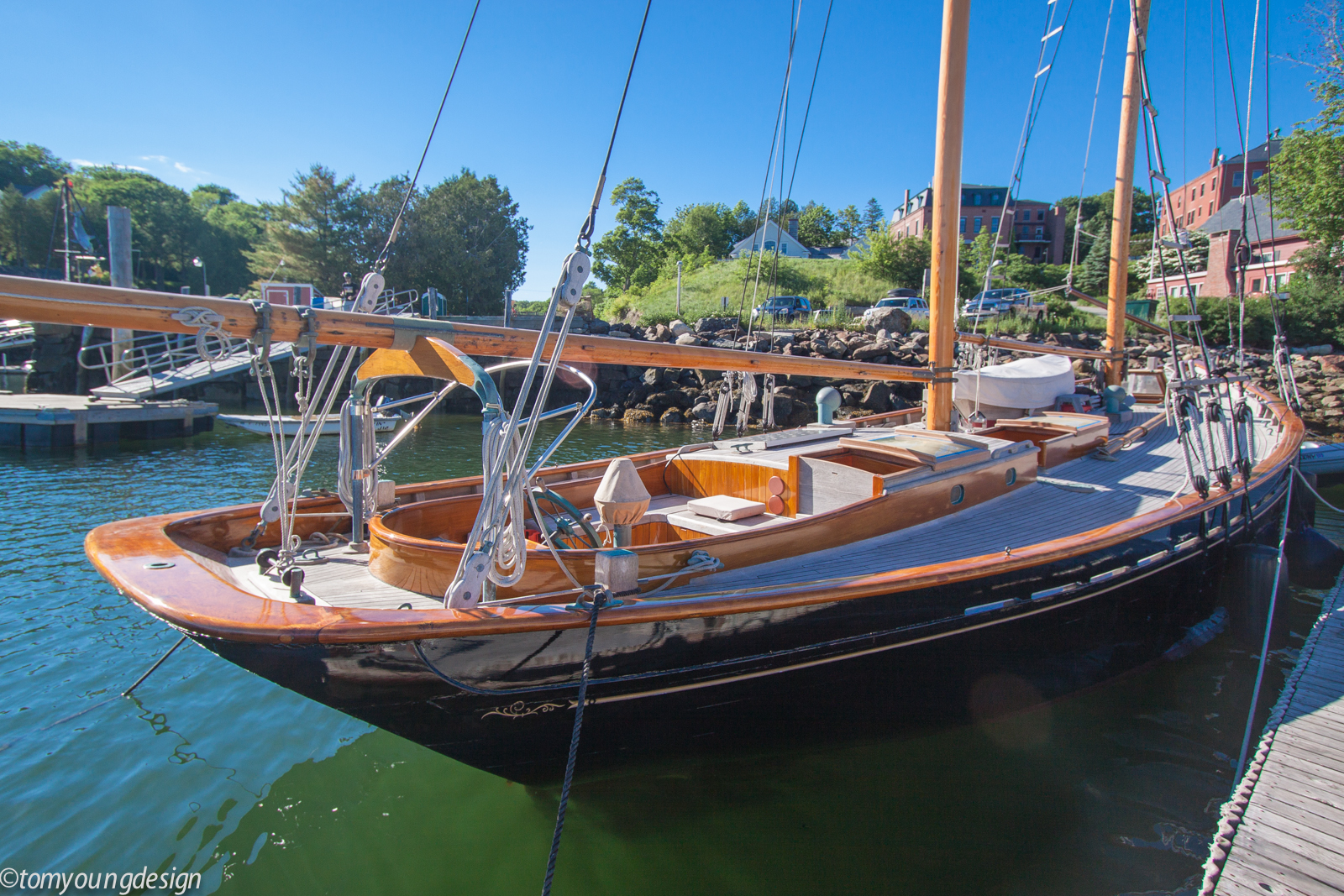 Alden 38' Challenger yawl Rockport Harbor
50 feet, Jon. Looks bigger. I think VOYAGER has been in the same family for decades (may still be), and ranged around the globe.

C&C 30 Mk1 Silver Harbour, Lake Winnipeg
And people think a javex bottle boat is attractive.... we have definitely lost the plot.
What a beautiful yacht.

CAL 35 Cruiser moored EVERETT WA
You can walk those decks with out having to swing by the standing rigging. That is a boat where the crew can run to the bow to tend to the sails... LIKE IT.
You must log in or register to reply here.
Share:
Email Link
Top Bottom