Chrysler C-22 Battle Creek
So, for those of you who have removed your rudder shaft assembly, do I have a one off setup here or is this typical of other C-22's?
This bushing doesnt really show up in the manual, but there is a reference to a part that is "not shown".

First pic- There is a semi spherical indent in the bottom of the hull where this bushing rides.
Second pic- The bushing resting in there
Third pic- A picture of the bushing on the rudder shaft
I said all that to say this, The bushing was seized to the shaft. So the whole bushing was rotating around in this bushing seat. That doesnt seem normal to me. Shouldnt there be something to hold the bushing in place? The bushing was cracked all the way around mushroomed out part, and I think its from bangin' around in there and spinning.
I have looked on line to find a replacement bushing. I havent found one that looks like this, only thru hull fittings. 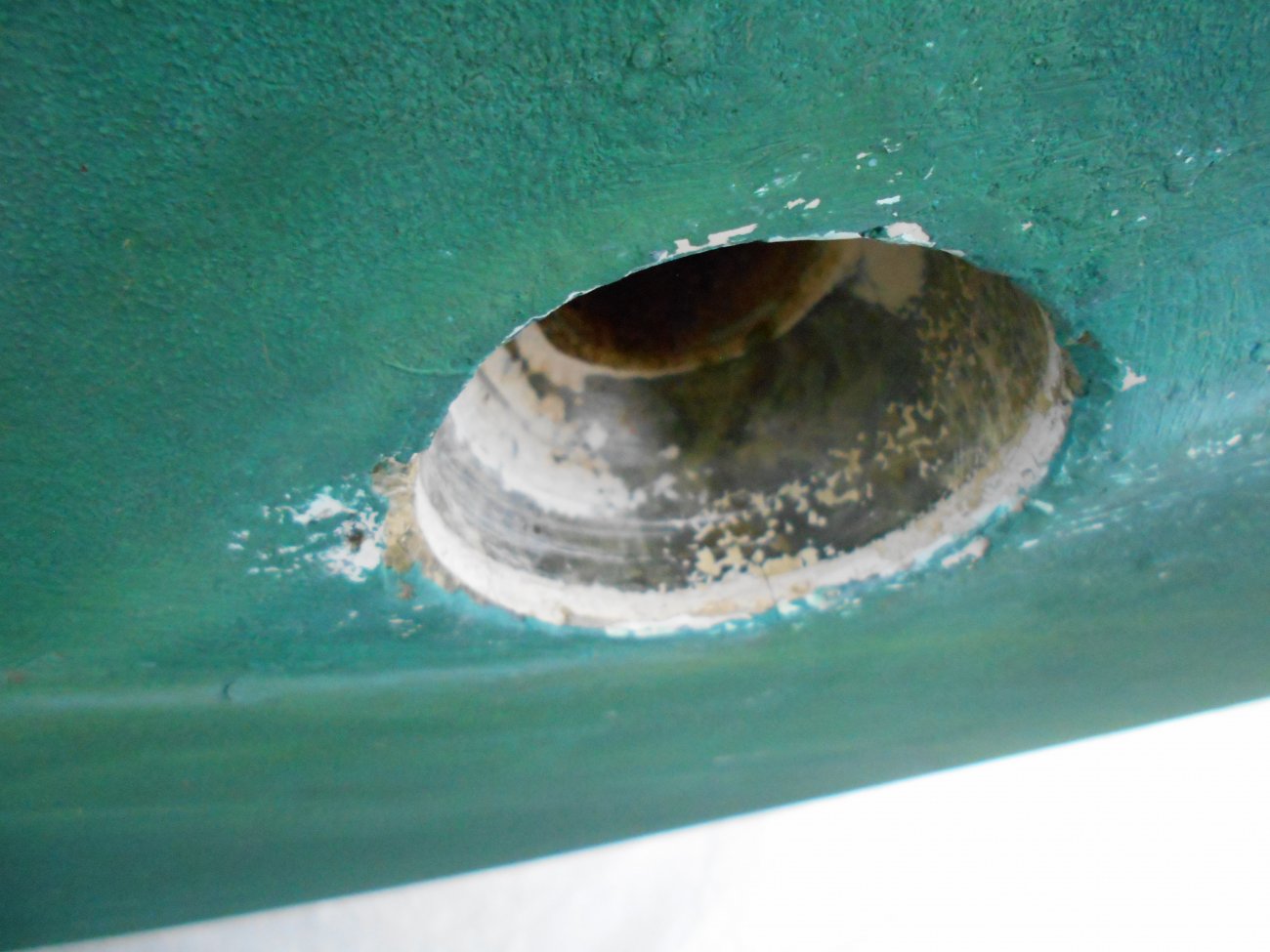 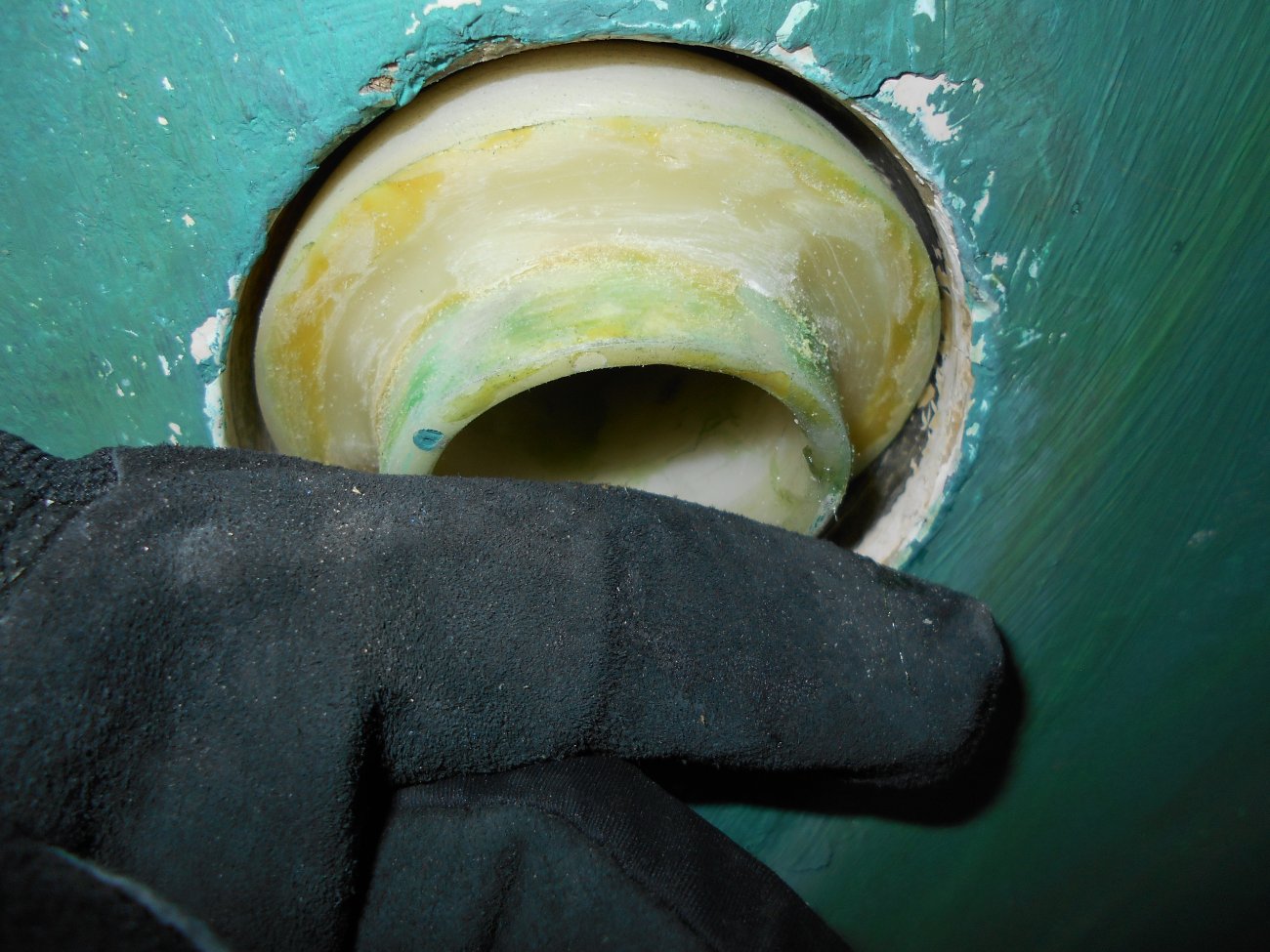 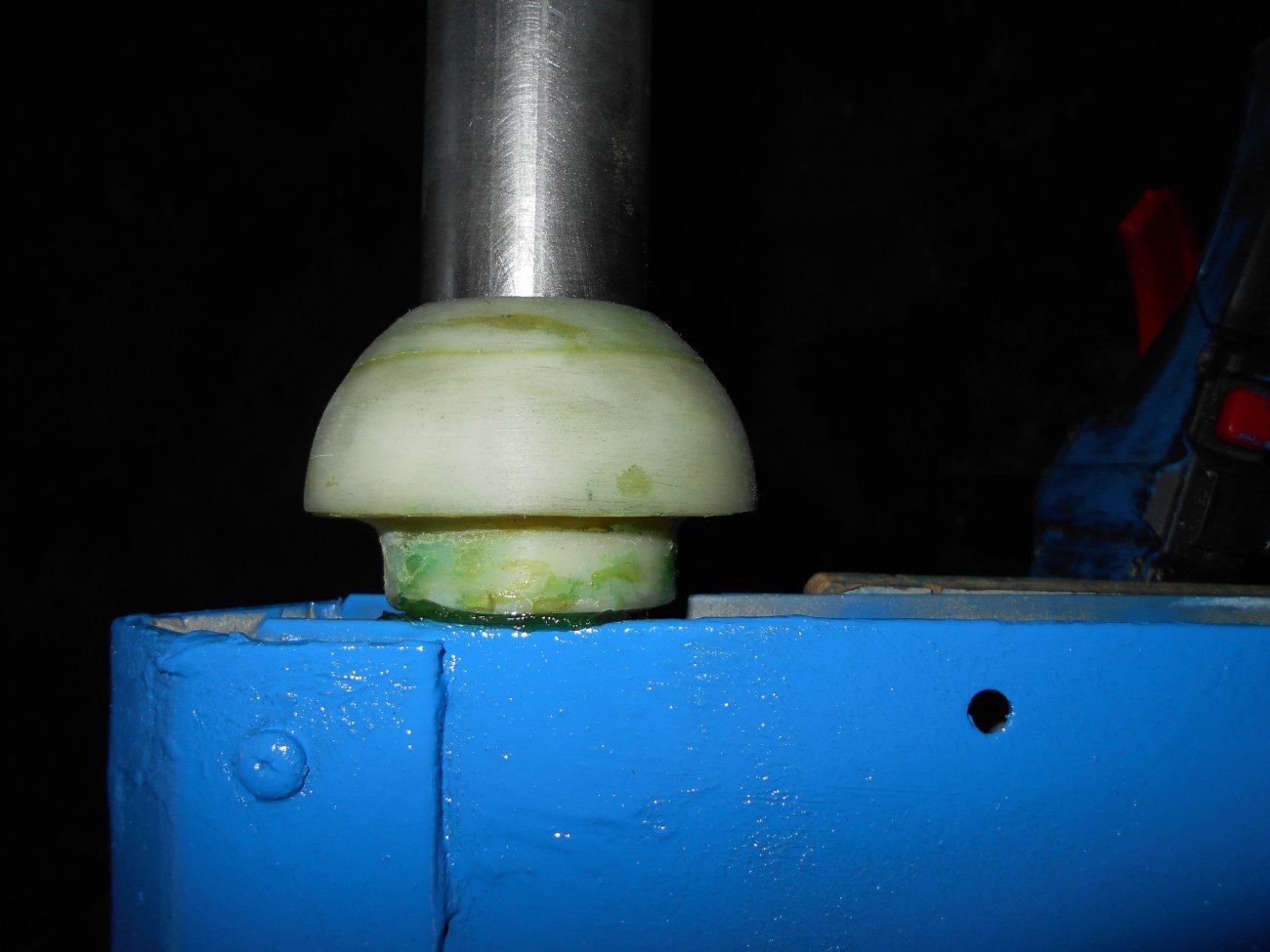 Hunter 34 Mandeville Louisiana
That does not look like a standard part.. I'd guess that a new one would have to be fabricated from a blank.. Ya may be able to re-use that one by making sure it can easily turn on the shaft then re-assembling with a couple of dabs of 5200 between the hull and the bushing, being careful to not get any on the shaft.. Pull the rudder back up and secure the top bushing so the rudder is straight then let the 5200 cure.. The spherical shape is probably so as to not bind the shaft if the top bushing moves..

Chrysler C-22 Battle Creek
kloudie1....yeah that is what I was thinking. I talked to a guy from work that said they could turn one of those out on lathe from a solid piece of teflon. This one that I removed was cracked in two right around where the "mushroomed" out part of it. You can see the epoxy line in the last picture. I sanded it, cleaned it with some solvent, and used a two part epoxy to glue it back together. Not sure how it will hold up....but thought I would give it a try. Besides, I dont want to let it lay around all winter on my shop bench while I figure it out. So I reinstalled it now.
If this is a non standard part, did someone modify the hull opening to accept this weird bushing? I wonder why they would do that? Also the top of the shaft (near the cockpit sole) doesnt have a bushing at all. Rather the rudder shaft goes through a piece of tubing, and has a set collar to hold it in place. I am thinking of adding a thrust bearing between the top of the tubing and the collar. Because it seems to be an excessive wear point since the whole weight of the rudder shaft assembly hangs on that collar.
You must log in or register to reply here.
Share:
Email Link
Top Bottom