Catalina 22 9874 Newberg, OR / Olympia, WA
Are our C-22 booms strong enough to rig a boom brake or preventer mid-boom? I've been seeing really positive reviews of systems like the Dutchman, and several people have reported good results with climbing belay devices (e.g. a figure-8) for small boats. But a brake is usually rigged mid-boom - near or in conjunction with the vang. I'd be interested in trying such a system, but not if it means risking the boom!

Obviously, using dynamic nylon rope (as recommended by @thinwater) will limit the shock, but perhaps not enough. Any thoughts on how to calculate the required spar strength and estimate whether the C-22's boom is heavy enough? Or do we need to stick with an end-boom preventer (which usually means running a line farther forward and re-rigging it after each jibe)?
C

Catalina C-22 MK-II Parrish, FL
The racers usually have the main sheet set up to a barney post in the cockpit, so they do mount a turning block, usually a couple feet from the rear of the boom. . Been sailing a C-22 for many years and never seen a need for a brake on the boom, In my opinion, a lot of those gizmo's the big boys use don't always equate to a need on a C-22. When gybing I usually just hold onto the mainsheet lines as the boom swings across. Those occasional accidental gybes are usually cause by my lack of attention, and are not a big deal. I have used my vang occasionally as a preventer, one of the reasons why I have a snap shackle on the lower fiddle block. Simplicity is the beauty of a C-22. Attached is a photo of a C-22 Sport set up for racing at the 2014 C-22 Nationals showing the mainsheet system the racers normally use. 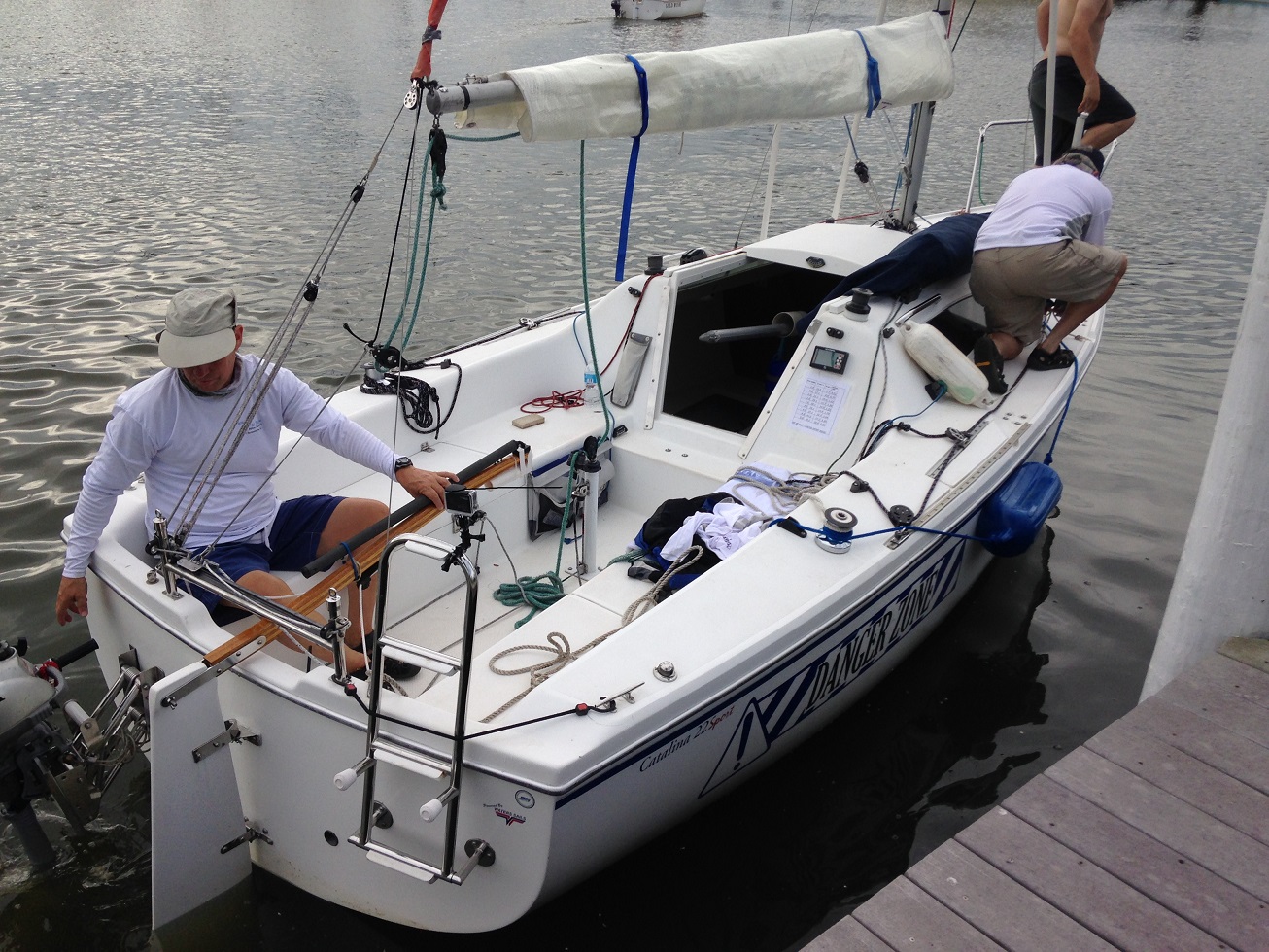 I probably should have said - I have plenty of inattentive moments myself, but the probability of an accidental jibe goes up considerablywhen we let the kids helm! So I was mulling over a brake as a way to get them some more (safe) tiller time downwind. That, and because I'm congenitally paranoid.

Good suggestion about a snap shackle on the vang. I'll have to try that (it would make it a little quicker to raise the pop-top too!) That's an attachment point pretty far forward of even the racers' mid-boom sheets. And, at least @CaptDon01 hasn't lost the boom yet. I don't know if I'll get around to rigging up anything new, but I have a couple more ideas now.
You must log in or register to reply here.
Share:
Email Link
Top Bottom