Looking to Re-wire my Newport 33.

Newport Newport 33 Long Beach
Greetings All, I have recently purchased an older 1984 Newport 33 which needs a lot of love. Naturally I have already a jobs list that is as long as my arm and growing. You start one job, you discover another.... and so it goes.

One of the first bigger projects is to pull out the old 8pin wiring harness on the ignition side of the engine and replace it with a modern system. Those old 8 pin plugs are corroded and are looking a little dangerous. Recently had a starter solenoid die due to a short in the same wiring loom. It's gotta go.

I've been doing a fair amount of research in what choices to make and thought I'd ask the folks in here - do you have any good, economical suggestions for replacing that original wiring harness with something modern ?

Cheers, thanks in advance for your help ! 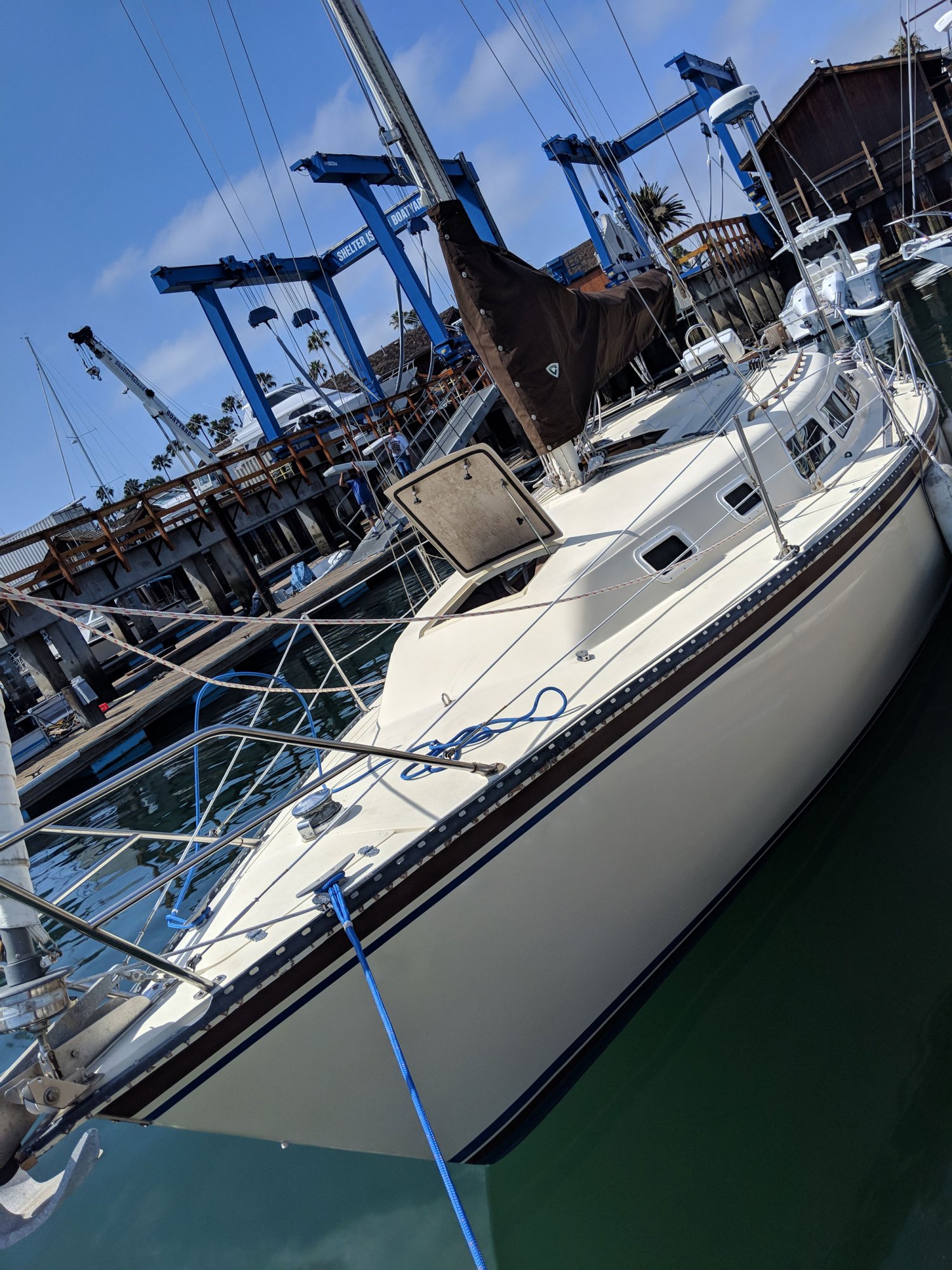 Thanks Ward I'll go ahead and check this out.

CAL 35 Cruiser moored EVERETT WA
Welcome @jimmywhale Neport 33 is a good boat.
Wiring can be a challenge with any boat. Take pictures and draw a chart of what you have and what you want to do. At least that way if you get it wired and the new structure doesn't work you can wire it back till you figure it out.
B

Catalina 22 Eugene
I've been rewiring a Newport 33 for the last few years... But when I say rewiring it I mean I'm upgrading it to Lithium, adding solar, upgrading to an externally regulated alternator.... Sonar, chart plotters, radar, autopilot.... It's been a big refit.

I've actually not yet rewired the engine.... But I am planning to... I'm not sure what route I really want to go... But with the motto of any thing worth doing is worth over doing I've got spools of Ancor Marine wire enough to just straight up build a new wiring harness. I think I'm probably just going to straight up build a new wiring harness with no splices in it and use Ancor marine heat shrink ring terminals on each end. If you look at the M25-XP engine manual they have a full wiring diagram and I basically just followed that as I was fixing things and putting them back to the way they should have been.

Another thing I did is I removed the amp gauge in the engine panel. I replaced it with an engine hours meter that fit the same hole. I then just hooked that into the ignition wire so it basically just runs when the key is on. Then I also rewired the ground leads and what not on the engine panel and rewired all the lights and stuff.... A previous owner had really botched that all up so it was easier to just hack it all out and rebuild it all.

Then I also ran a new 2AWG wire back from the alternator so that the alternator could directly charge the house bank (about to be upgraded to Lithium) and then I use a DC/DC charger to charge the starting bank from the house bank as long as the voltage is high enough. At first I installed a Blue Sea Systems ACR but that didn't work very well for my needs. Also its not voltage controlled and so you can't really change the voltage where it disconnects...

Anyway I've done a lot of work to my Newport 33 and I've still got a lot to learn about her but I'm getting closer... We bought ours after 1 quick day sail on the river. Then we started the engine and ran 10 days from near Kennewick, WA to Newport, OR where she's been hanging out as home while I refit things.

If you're interested to trade emails to talk about things I'd be interested. I've not known many people with these boats. And I've never seen anyone else with one in my layout.
Likes: jssailem
You must log in or register to reply here.
Share:
Email Link
Top Bottom