Hunter Legend 35 Fairfield, CT
we own 1987 Hunter 35 and it has (I believe) reefing lines setup through the boom. I am trying to find a diagram on how to connect and manage these lines. They were not connected when we bought the boat, and I am unable to find Hunter 35 manual that shows this kind of a setup. Does anyone have a schematic for these lines? Thanks!

Catalina 27 Mission Bay, San Diego
Searching for "Isomat boom reefing" revealed a lot of photos and diagrams... maybe you can find one that matches your boom. Here's an example:

Hunter Legend 35 Poulsbo/Semiahmoo WA
The reefing system diagram for the H35 Isomast boom looks like the diagram below. However, the actual installed system may be slightly different, or at least, how I rigged ours up is different. The diagram is a "generic" one so the boom vang mast attachment with the stand-up block isn't there so one has to rig up a block, or couple of blocks, at the base of the mast. The other thing that may be different is the lack of a sheaves at the gooseneck. I don't recall what was or wasn't there but this is what the diagram has.

The reefing block in the middle of the boom is called a "bullet block" in one place and on this page it's called a "shuttle block", but bullet block seems to be more common from what I've read. The lines on the leach that are shown coming down and then just end, on the previous page are shown being attached to a boom pad eye. I just attached mine to the boom end above the sheaves.

I used to have a reefing system set up like this but since I take the sails off at the end of the season I've just reverted to a single reef system. 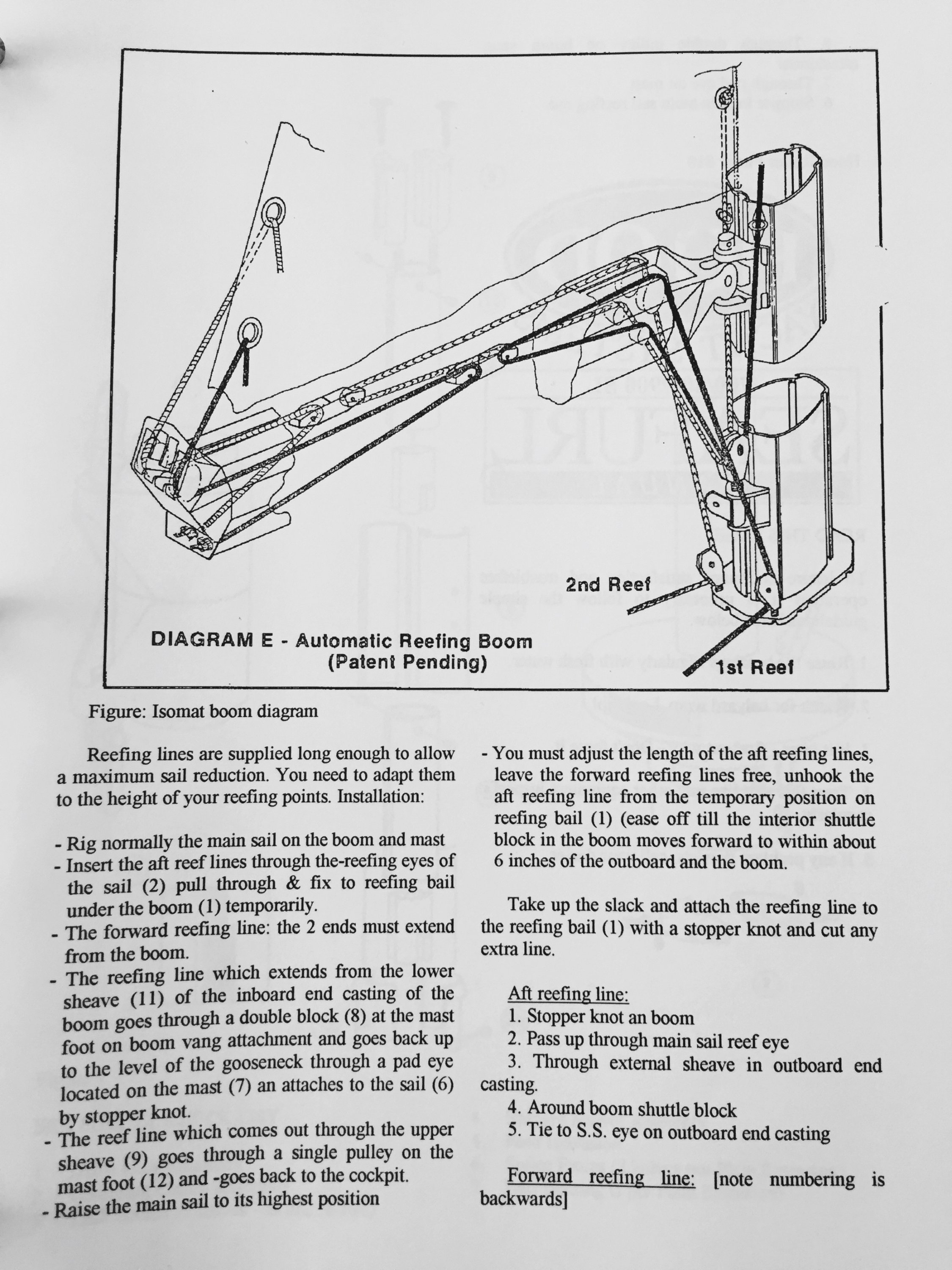 Hunter Legend 35 Fairfield, CT
Thanks! I will play with our system and see if I can figure out what we have.

Also, how many reefs is your main set-up for? (e.g., one-, two-, or flattening reef? Do you have a cunningham cringle? Do you have the mainsail halyard led to the cockpit or the coach roof?
C

-na -NA Anywhere USA
From past discussion, maybe the folks at Rig Rite can help you as they sell the parts for Kenyon Isomat. FYI, Kenyon Isomat was purchased by Z Spar who eventually flew the coop (no discussion on why). The old plant then became Charleston spar and now under a new name located at the old facility in Charlotte, NC but trying to get a response you would be better going to Rig Rite.

And now a word from the sponsor...
Click to expand 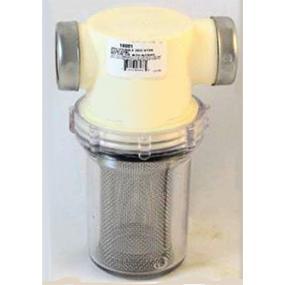 For engines, gensets, AC, and more.
See the product
You must log in or register to reply here.
Share:
Email Link
Top Bottom