How to measure wave height

I try to explain to our guests here on Maui that you have to watch the waves for a while during a shorebreak before they go in the water. 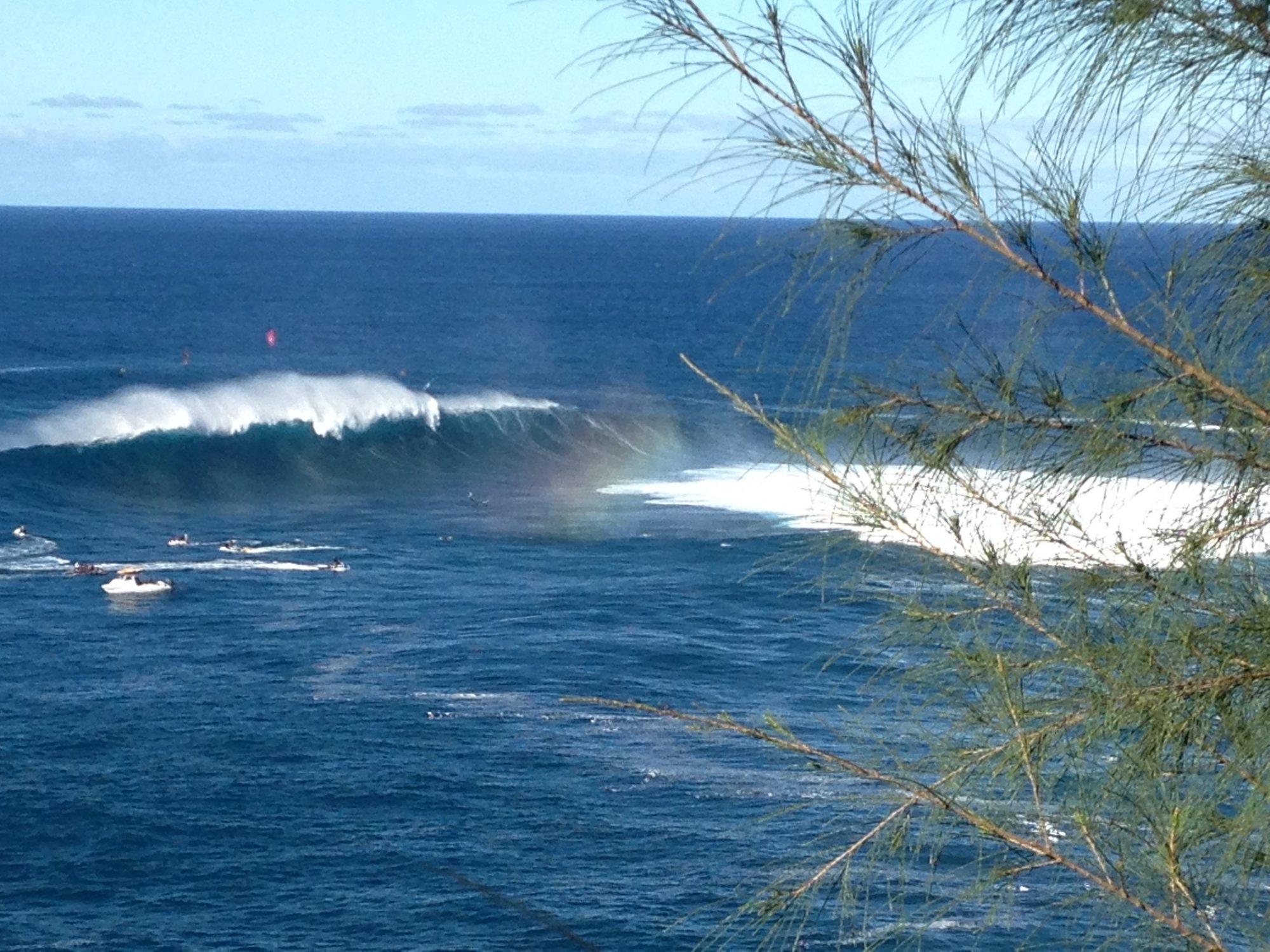 Eventually, a wave will come that is twice as high as the ones they are playing in, so watch for that. No one listens. People get pummeled.
This picture is of a wave at Jaws, a surf site near our house on the North Shore of Maui. It is about 30' high I think. At the hight of the season, the waves can reach 100' here.
Likes: Will Gilmore, Hunter216 and Captain Larry-DH

Tom J said:
I try to explain to our guests here on Maui that you have to watch the waves for a while during a shorebreak before they go in the water.View attachment 172742 Eventually, a wave will come that is twice as high as the ones they are playing in, so watch for that. No one listens. People get pummeled.
This picture is of a wave at Jaws, a surf site near our house on the North Shore of Maui. It is about 30' high I think. At the hight of the season, the waves can reach 100' here.
Click to expand

I wish I had known you on my first windsurfing trip to Maui. I went from the airport to a board rental shop and although I was fairly competent I let the guy talk me into trying a wave board. Drove to Specks and rigged up, didn’t really clue in to the fact that there weren’t many people out sailing, just jumped on and went. I was having trouble adjusting to the minimal flotation in the wave board so wasn’t going very fast and then noticed the BIG wind lull. A 10ft wall of water was coming at me and had blocked the wind! Rather than just stand there on the semi submerged - stalled board I bailed and did my best to duck dive through the wave. Came up a “lifetime” later and after a long “pummeling” collected my gear and went to the first bar I could find to lick my wounds Learned your lesson the kook way!

BTW it’s worth mentioning that in Maui the locals measure the wave height on the rear face so 3-4 ft there can “feel” pretty big.
Likes: Will Gilmore and Tom J

Catalina '88 C30 tr/bs Oak Harbor, WA
It was either November 6th or 8th, 2014. We had gone to SeaTac to pick up my sister-in-law and niece who flew in from Spokane to see my daughter's performance as the lead in Meet Me in Saint Louise. They had a horrifying landing and then I had the bright idea to take the ferry. They canceled the next 4-5 sailings after that one until the storm settled down.

The wind was SSW at +50 knots with gusts in the 60's according to NOAA and the boat could not travel broadside to the wind. As soon as we cleared the pier, we turned down wind and headed towards Everett at a really good clip. Then the boat when full-astern, stopped and reversed course almost directly upwind. The section heading SW is then the big rolls began. I think that the photo series was taken from the ferry landing when the boat was at about the "O". If you look carefully you can see that the cars at the "bow" of the boat are taillights, not headlights because we were "backing" to the SW. This section was impressive but not even close to what happened at the other end of the SW run.

I had never before heard a ferry's engine running much about a fast idle before but that section the engines were roaring. When we got over toward the Whidbey shore at the “X” the engines when to idle and we quickly slowed in preparation for going back forward to the Clinton dock. As it turned out, we should have done that about 30 seconds sooner. Just as we were coming to a stop, we rolled over a huge wave crest and from my position, standing at the front observation windows on the bow of the upper deck, the water dropped away and I could not see the bottom of the trough. I said to the one other guy out there with me “This is gonna hurt” and we both retreated back inside the cabin doors.
The boat just slowly pushed out over this big hole and then tipped forward and landed with a huge crash, stuffing the bow deep into the back of the next wave. The resulting splash put a wall of green water on the upper level windows we had been standing behind and flooded the whole observation deck 6” to 12” deep through the opening at each end. We even had some water come under the closed doors into the main cabin. It made the splash at 14 seconds on the video look like a walk in the park.

When we went down to our cars, alarms were sounding all over the boat and you could see that the wave had traveled the full length of the boat car deck and some of the cars at the back of the line (upwind) had been pushed out of line by the flood. Our Suburban was about 1/3 of the way from the stern (closest to the wave) and the side panels of the car were wet. We stopped at the carwash in Oak Harbor and got a chassis clean to remove the salt water!

It gave me a great appreciation of the strength and stability of those WA ferries! 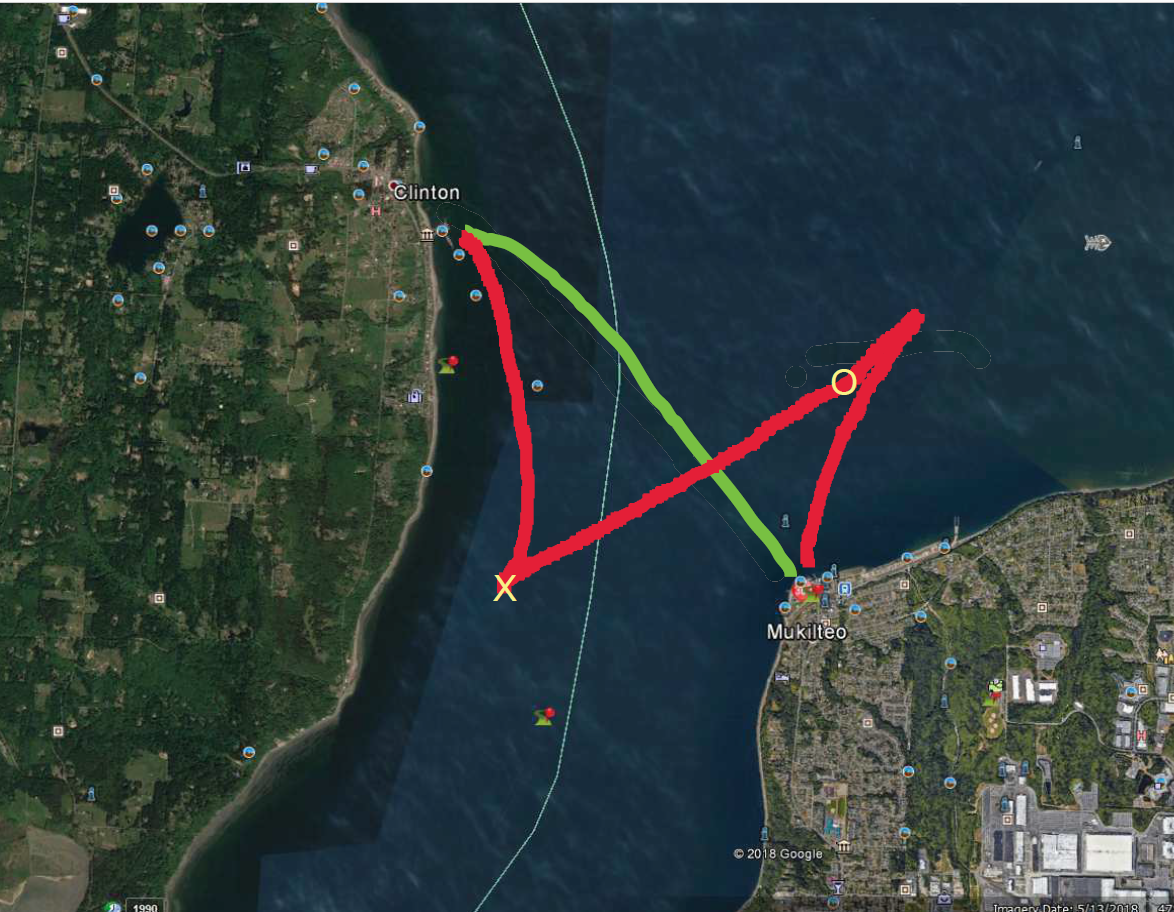 Hayden Watson said:
It was either November 6th or 8th, 2014
Click to expand

I’ve been on the deck of the WI ferry when she was turning into the waves and saw the whole car deck twist! I’m not sure if that was designed in but she is still operational years later.

November seems to be a month where a lot of these big events happen, just ask Gordon Lightfoot about the Edmund Fitzgerald

I was curious about max wave height on the Great Lakes and found this: 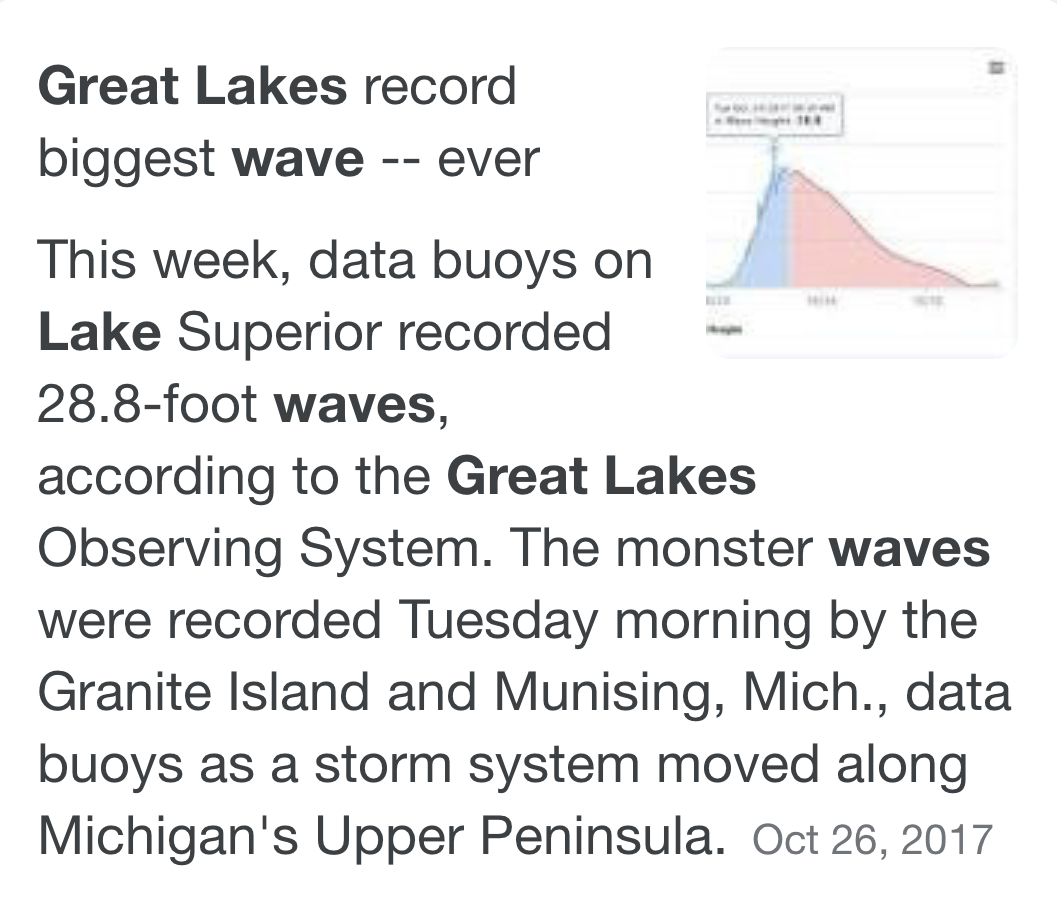 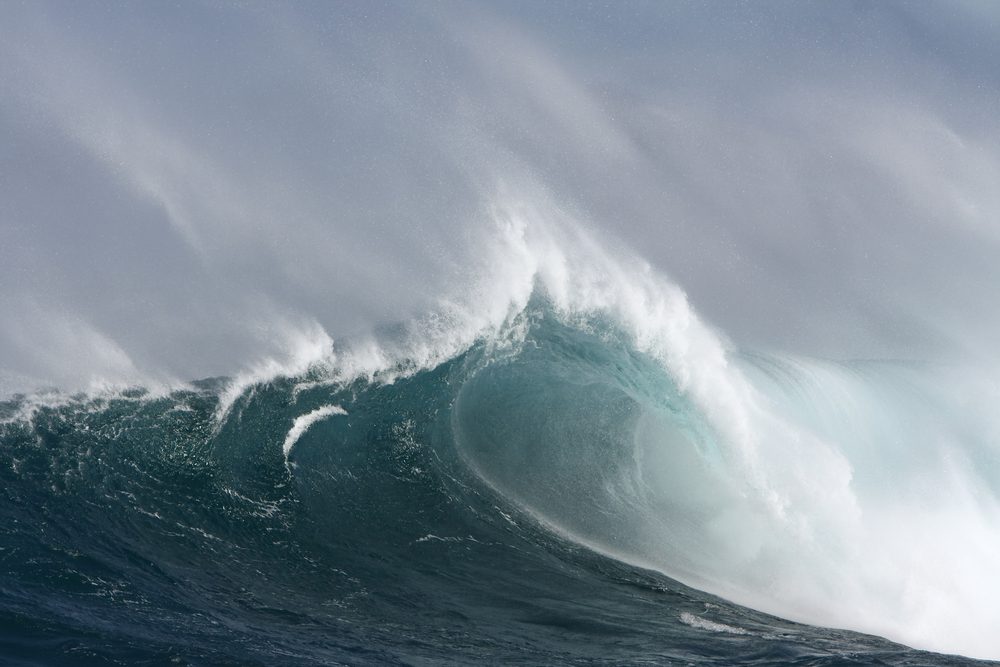 The low pressure system that impacted the west coast of the United States over Thanksgiving was generating monster waves rarely observed on the high seas. The wave heights were recorded by a Coastal Data Information Program buoy located off Cape Mendocino in northern California on November 27th...

CAL 35 Cruiser Portland OR, moored EVERETT WA
While reading the source data for the above “monster wave” I came across this description of waves that may be of interest.

A Mariners guide to Waves.

Tillotson Pearson J/36 Southport, CT
Estimating wave height from the deck of a boat is always an interesting exercise. I try to wait for the boat to be level in the trough and then see how the crests compare to the height of the deck or mast. Our 3-foot freeboard is a good measuring stick for starters. The cabin trunk adds about a foot. The gooseneck and boom are another two, so six-foot waves are about even with our boom. Our lower spreaders are about 20’ or so feet up. When the waves get that big we try to be somewhere else.
Likes: jon hansen, jssailem and Captain Larry-DH

john alden caravelle 42 sturgeon bay, wis
nov 10th, 1975, eastern lake erie, it was blowing a steady 105 mph out of the east. i was the bosun on an old 680 ft lake freighter. we were heading to lackawanna loaded with iron ore. we were checked down, prolly half speed, i lived in what was called the 'dog house' a small cabin behind the stack on the stack deck. the waves were catching us and were coming over the stern with a good 10' of blue water (actually green in color) crashing onto the covered fan tail where the anchor windlass was. the spray was blowing at the dog house. when we got to the traffic buoy we turned to the lackawanna entrance to the buffalo breakwall. we had to check down more trying to slow down before the entrance. with the reduced steerage the stearn sagged down and we were 45 deg to the wind the waves would wash across the entire main deck with 20' of water if not more. the entire deck would be under the wave with only the bow and stern cabins sticking out of the water. using the size of the ship as a gauge, we calculated the waves to be 40' in height. it was a violent storm. we were 500 miles from the center of the storm which was up on lake superior where the fitzgerald was fighting for it's life.

i don't like the song, but that's just me.
Likes: Captain Larry-DH and TomY

john alden caravelle 42 sturgeon bay, wis
P.S. i sailed on the fitzgerald back in 1972. i knew those boys.
Likes: TomY

jon hansen said:
P.S. i sailed on the fitzgerald back in 1972. i knew those boys.
Click to expand

Jon
I apologize if my post above stirred old memories. I have a son who is a rescue specialist with the CCG so have some appreciation for what can happen out there.
Likes: jon hansen

I would love to see that someday!!

Hunter216 said:
I would love to see that someday!!