Hunter 33.5 Little Current, Ontario, CA
In the picture attached... When I purchased the H26 the depth sounder transducer was epoxied on to the hull under the V-berth slightly port of center (between the two pieces of tape shown in pic). The depth sounder did not work so I replaced it. I located the new transducer to the starboard of center as shown. The following year I started having problems so I relocated to the location of the original installation. The following season I again had problems so re-installed back in the starboard location. After the winter the system is once again intermittent. I've tried wetting the area with water and sometimes that makes the system function again. I'm thinking that the water permeates cracks that may have developed in the bond to the hull.

The PO removed part of the forward bulkhead as shown to investigate some leaking and I'm now thinking of locating the transducer directly ahead of the bulkhead along the centerline. The advantage here would be that there are no extra, overlapping layers of fiberglass here. At the two original locations there were extra layers where the bulkhead and ballast tank were bonded in to the hull.

My concern is that at the centerline the glass is likely thicker and perhaps more of an impediment for the ultrasonic waves.

I'm wondering if perhaps the epoxy and the vinylester do not bond well and that due to the flexing of launch/retrieval and winter temperature cycling the bond is breaking down. (I believe that vinylester may be more flexible than epoxy)

Any thoughts on locating and or installing the transducer for more reliable operation? 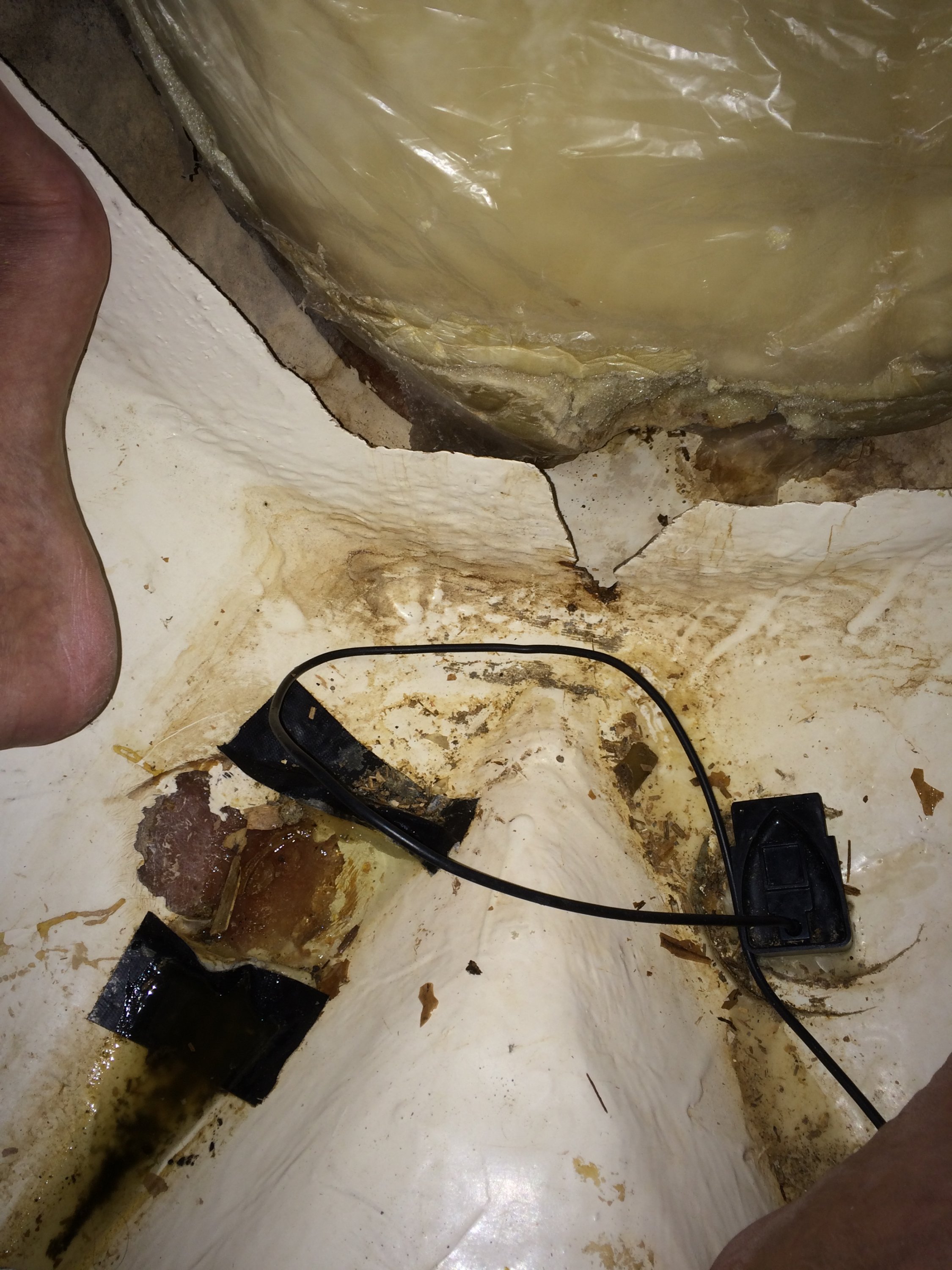 Hunter 26 Oceanside, CA
Have you considered under the aft berth? I know some people put the transducer in the bow thinking it will provide advanced warning if getting into shallow water or are about to hit something. But if you are moving and that close anyway, you will not be able to react quick enough to avoid it.

I followed the lead of others that installed theirs under the aft berth. It is aft of the ballast tank. Seems to work okay there. And provides easy access for maintenance. 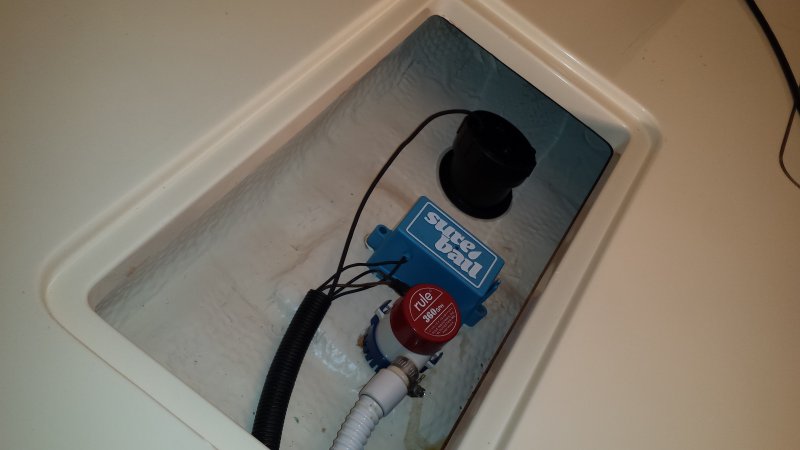 Hunter 33.5 Little Current, Ontario, CA
Doug... I installed the transducer like yours and so far it is working well.

While removing the transducer it seems that the epoxy to transponder bond was weakest and the transducer came off with a light tap. The epoxy bond to the hull seems to be very secure as the epoxy will not lift off.

Now to figure out why I get some water in my vberth locker after rains.
You must log in or register to reply here.
Share:
Email Link
Top Bottom