Lancer 27PS MCB Camp Pendleton KF6BL
Well here we go again, not a sailing related posting, however, this concept can be used for Wifi while docked.

My previous post showed a concept of trying to talk to a satellite as it flew by. When the satellite is near vertical to me the transit will be about 14 minutes. When it is in a lower elevation, shorter transit. So I wanted to make a mount (don't want to use my expensive camera tripod) so I can work in three axis if I wanted. Here is a mount I thought up one evening. Drew it out on Visio along with the antenna. 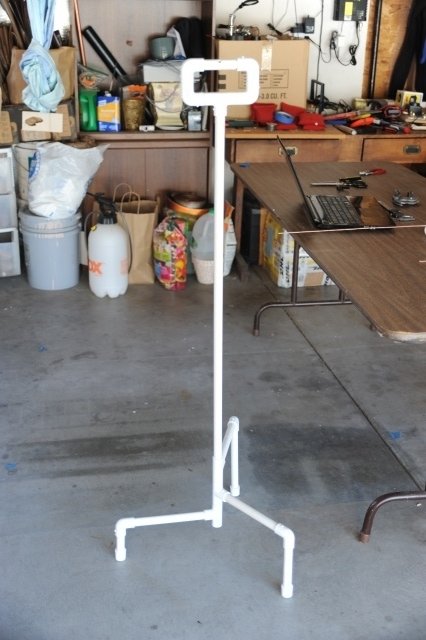 The little rectangle portion will allow me to move the antenna in any of the three axis, X, Y, or Z. The stand is C-Stand used in lighting situations. I had lots of PVC tubing so I got to work one night. I think I might need a sturdier stand later on, but for now...

Here is a drawing I did to get me started. The antenna design is from a German Ham. The only thing I did was mount the driven elements together. Made for an easier build. 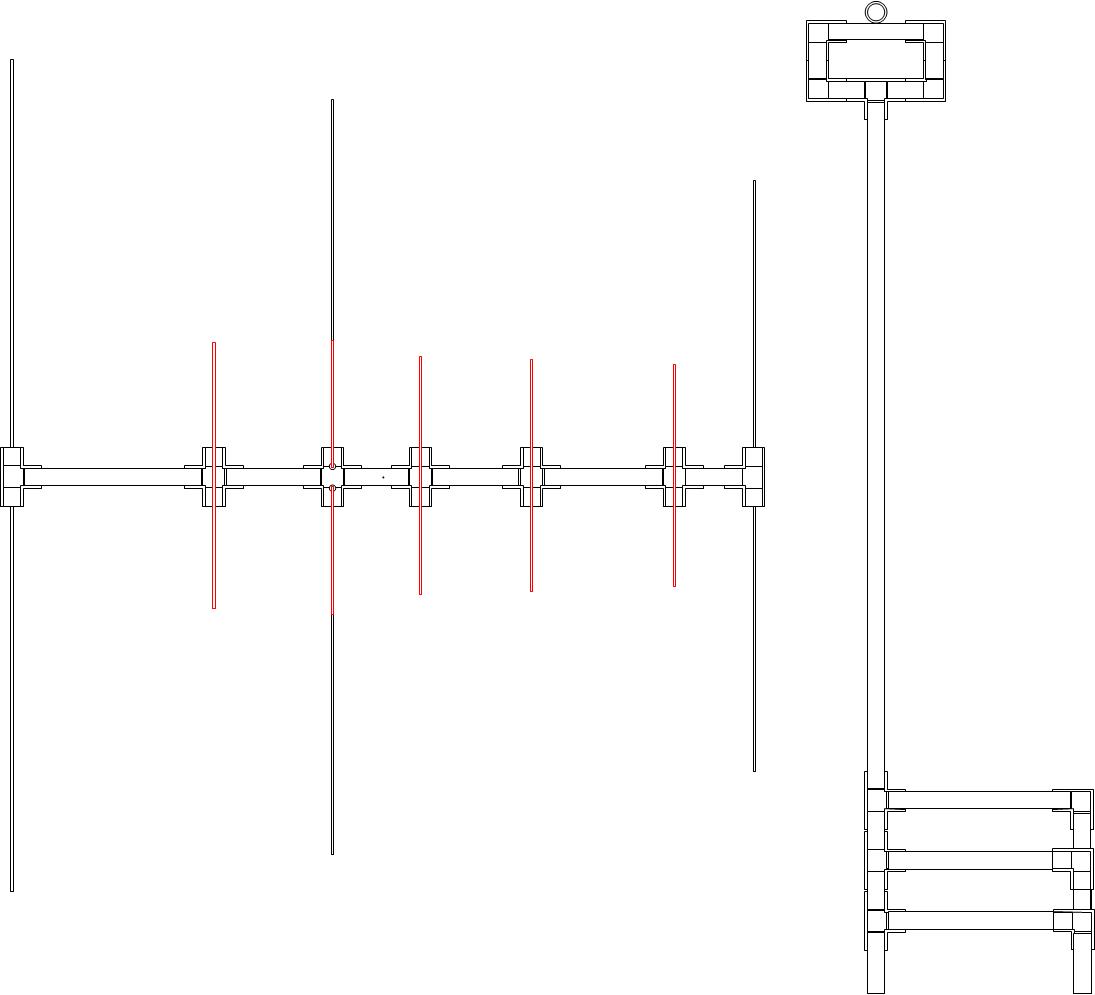 Here are the parts put together for size comparison. Missing is the driven elements. I could not find my 1/4-20 hardware. LOL I have it somewhere in the house. The PVC pole to the right will be sacrificed as the boom. Note the taping of the elements to the cross. I did that as a temporary means until I get some 1-1/2 shrink tubing. I will use white tubing to match. The tape is amalgamated tape so it stretches and binds to itself. 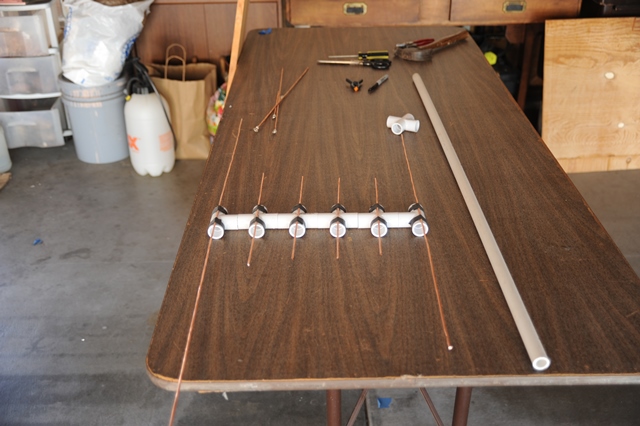 And here is the assembled antenna. Again, missing is the driven elements, however, the support cross is in the correct location. You can see the orientation of the other elements of the antenna. 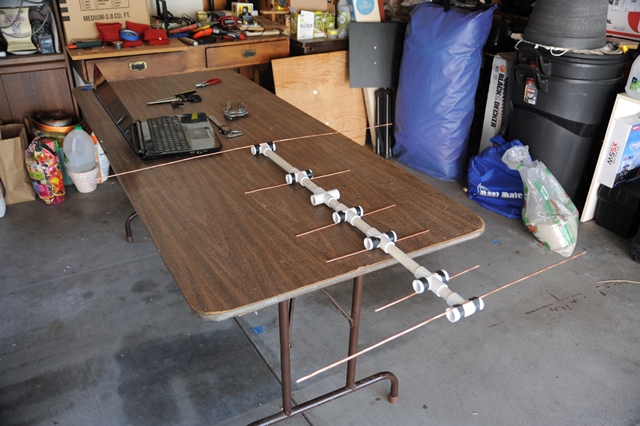 Now, I mentioned that something like this can be used for Wifi. A dual band 2400MHz/5GHz antenna can be built and stowed on board. The antenna will be greatly reduced in size compared to this VHF/UHF antenna. Very easy to make.

Once I get the driven elements on I will attach the whole thing with photos. When I try to chat with the satellite I might make a video, who knows.
Likes: Viking Sailer and Will Gilmore

O'Day 19 Littleton, NH
That looks like a lot of fun, Brian.

Lancer 27PS MCB Camp Pendleton KF6BL
And here she is all ready to work SO-50 at 11a today. It was fun planning and building the antenna. I discovered some issues with elements hitting the boom and mount. I will have to look at making a different kind of mount or raising the antenna an inch or so off the mount. That might be easier than redesigning the mount. We'll see. 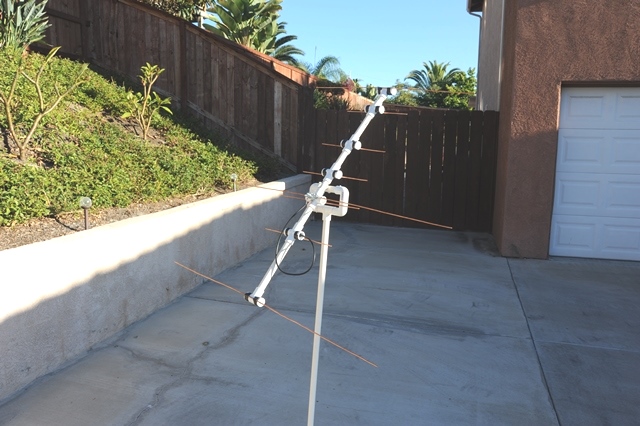 Likes: Will Gilmore
You must log in or register to reply here.
Share:
Email Link
Top Bottom