Day Sailing in the Florida Keys

I want to see if you guys can give me some insight. A couple of years ago I bought a Hunter 170, and after a pressure wash, a couple patches, and a new coat of paint, she was as good as new.

This was two years ago, and the boat is still in great shape. Later this summer I was thinking about taking the boat down to the Florida Keys for a few days and getting an Airbnb. We would sail to a few popular snorkeling spots as well as do some exploring on our own. I have gotten pretty confident in our abilities, and I think we can do it.

If you are not familiar with the 170, here is a link to give you a better idea of what I am working with. I have a 2001 Tohatsu 3.5hp outboard to go with it.

Do you guys who are more experienced have any suggestions on where to go, what we need to bring, or if this is overall a bad idea? Any insight y'all may have would be appreciated. We are all college students for context, so keep in mind we are on a pretty tight budget.

Thanks for any replies!

Slickcraft 26 Greenport, NY
Bahia Honda State Park has a launch ramp, some docks, a beach, tent sites and facilities. Reservations are required and I've no idea if they are open or if you will be able to enter the keys at all. My understanding is that unless you have a pass you will not be allowed onto the keys. I also don't know about out of state guests but when I was there a decade ago I think our group was all out of state.
There is a place on Windly Key (Islamorada) that's an VRBO or similar. There is a small dock there, an excellent view of the Ocean, nearby "Sand Bar" where people congregate to "Socialize." There are launch ramps available. The building could sleep 4 or more. And it's reasonable. There is a cleaning fee so a longer stay is cheaper. Look on Airbnb for Windly Key. Some expensive places come up but there are less expensive lowest being $75/night. I don't see the one I mentioned. I'll see if my brother has contact info. The wind on the ocean or Hawk Channel can be sporty. But I think you could motor through Snake Pass and sail in the Gulf (Or is it Florida Bay)? Several options.
Likes: swishmister and Will Gilmore

O'Day 19 Littleton, NH
I second Bahia Honda State Park. I believe the ramp is on the bay side so there is protected water until you cross under the bridge.

The ocean side can be very "sporty".

We once stayed in an AirBnB on Key Largo that was part of a resort community called the Mariner's Club. Beautiful walk-in pool 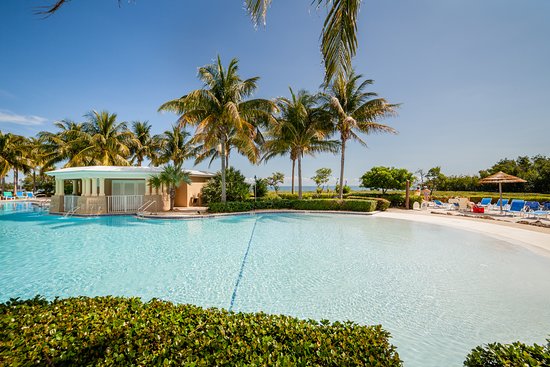 They have a marina and a tiny private beach. The John Pennikamp Reef is superb snorkeling, crystal clear. 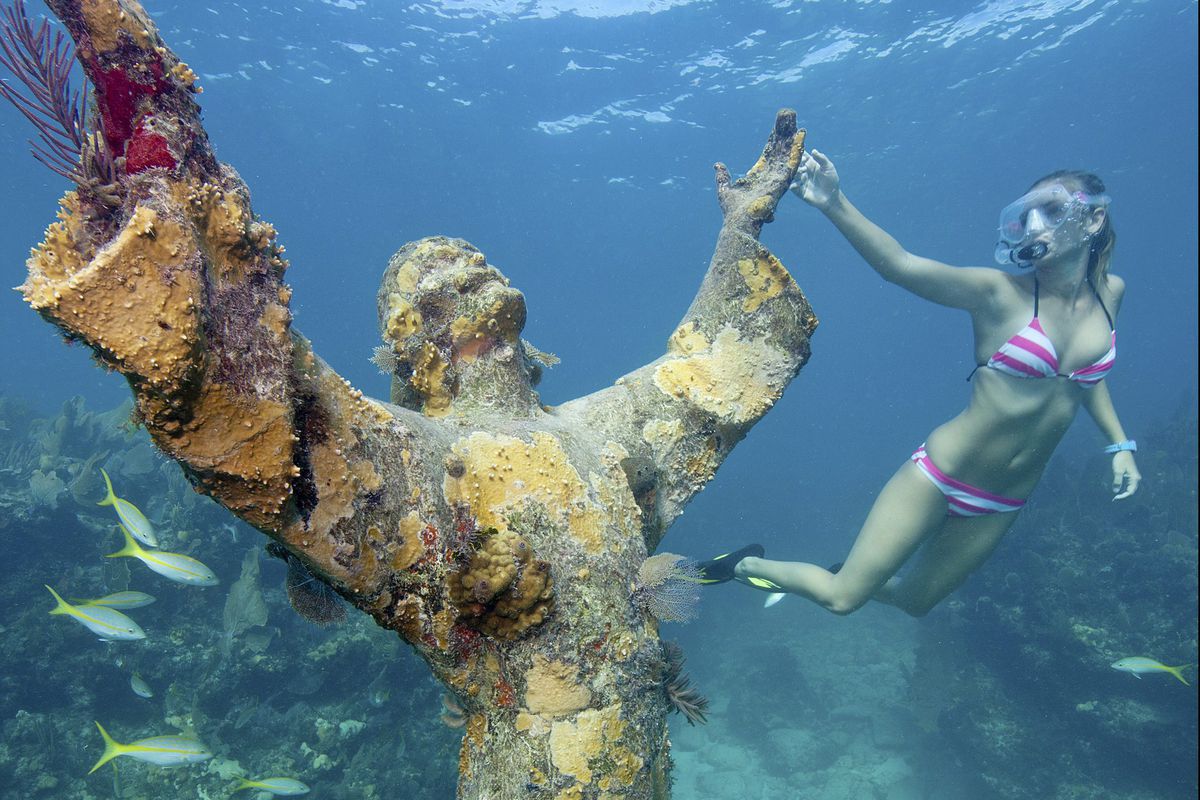 The statue is an enthralling experience.

There is also Alligator Lighthouse on Alligator Reef.

You are swimming around the sunken superstructure of a navigation light and the barracuda congregate there like I've never seen anywhere else. There was a large hammerhead that hung out there when we last visited. Scared my wife once it turned to look at her and she realized it wasn't a nurse shark she was following (GULP ).

And you can't forget Key West, itself. The reef there is absolutely beautiful. I don't really think a bunch of college kids would like Key West, however. It's not like there's any kind of nightlife or other things to do there .
Have fun.

Hunter 170 Lake Murray
Thank you guys for taking the time to reply to my post, any help you guys can give is welcome!!

I have thought about the possibility of Covid restricting travel. Hopefully everything will be sorted out by the time we go, but I will call to be sure. I will also have to check out VRBO, I think total we may have 5 guys, so $75 per night would be incredible. I have only been looking at Airbnb so far. Also, thanks for the suggestions of where to put in.

Also, after some research we were actually thinking about going to Alligator lighthouse! The 2 1/2 miles is relatively short compared to a lot of the other spots, so your reply gets me excited. We may also try John Pennikamp Reef, but I'll wait and see how confident we are out there. Those pictures are beautiful.

Thank you guys for your insight - I will be sure to take this into account when we get further into the planning process.

Hunter 170 Grapevine
I have had the advantage of always sailing in protected, familiar waters, only venturing to places that I knew well or on bodies of water small enough that the experience could be predictable.

If I were to plan such a trip, I would see if I could find a local guide to come with me on the boat if feasible, or, at the very least, tell me what to watch out for and what to expect in the areas I planned to sail.