Captain's decision that destroyed a City...

Hunter 34 Mandeville Louisiana
Cascade of wrong decisions.. kinda typical of disasters.. usually one or two bad decisions can be tolerated but beyond two.. not likely..
I thought at first of the Texas City disaster worst in the USA but not as many casualties .. rough stuff..
Texas City disaster - Wikipedia
Likes: jssailem

Hunter 46 Point Richmond, CA
That is one reason I stopped working at an ammonium nitrate (can explode on its own if its temperature was rapidly raised to 400 degrees Fahrenheit since it is an oxidizer) manufacturing plant many years ago. The plant was originally produced explosive-grade ammonium nitrate and later converted to fertilizer. As a side note, the plant was surrounded by hills so that in the event of an explosion the blast wave would not damage adjacent precursor chemical plants like ammonia and nitric acid and urea.

CAL 35 Cruiser moored EVERETT WA
There is a WW2 site near Ft Lewis (now Joint Base Lewis McChord) where DuPont made dynamite and explosives for the war effort. Now it is a golf course. They use dummy sticks as Tee markers. Called the Home course. It is a bang to play.

Across the bay from Port Townsend is the load out base for the Us Navy. They regularly load and unload explosives on ships.

Even though the explosives are more controlled I give the shipping exiting from the base a wide berth.
Likes: kloudie1

Pearson/ 530 Strafford, NH
There’s more to the story, but that’s for history buffs. Medical help and supplies were sent from Boston to aide in the effort. That’s why ever since the people of Nova Scotia send a huge fir tree for Christmas to be displayed in Boston. It’s like being part of the family.
Likes: Leeward Rail and jssailem 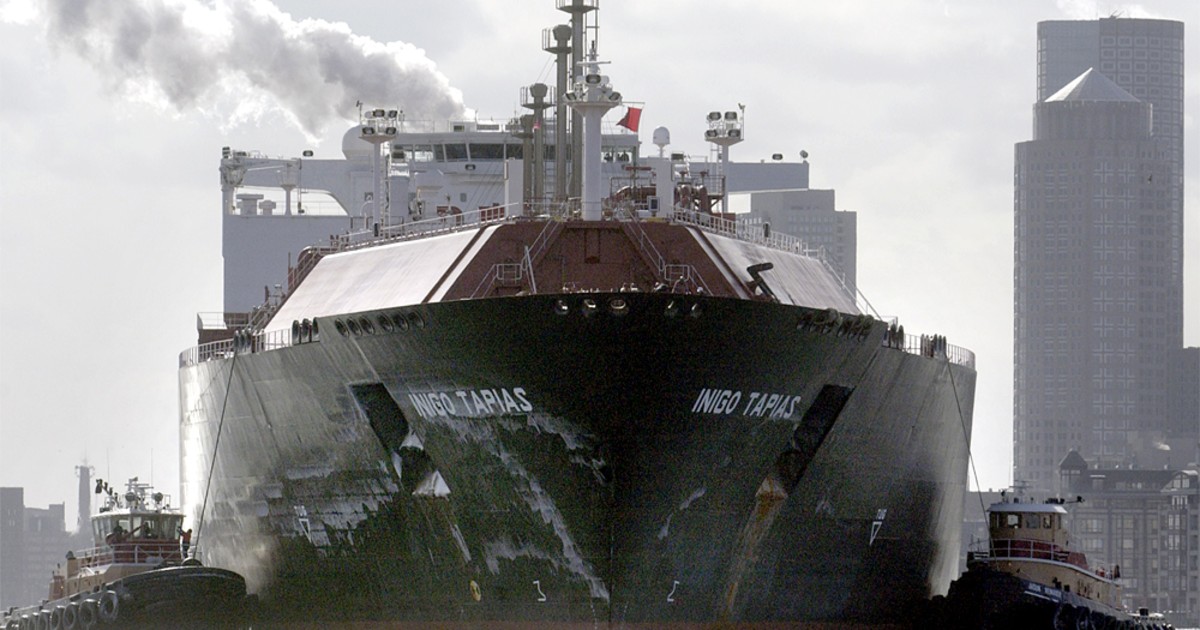 Ships carrying liquefied natural gas enter Boston regularly, and other U.S. cities could see them in the future, raising concerns about whether terrorists might try to use them as floating bombs.

Ships carrying liquefied natural gas enter Boston regularly, and other U.S. cities could see them in the future, raising concerns about whether terrorists might try to use them as floating bombs.

Knowing the product, you’d take a LNG container over a CNG container any day. LNG‘s state of matter makes it impossible to explode. It must be converted to a gas which requires it to me warmed up. When warmed it vaporizes which cools the liquid which slows its vaporization. This is called auto refrigeration. It results( with significant leaks) in a controlled event. Yes there is limitations to the concept and yes it requires a significant leak but in a liquid state, it is much safer than in a gas state. People screw it all up by putting water on it.
You must log in or register to reply here.
Share:
Email Link
Top Bottom