Hunter 30 St.Petersburg, Fl
Anyone have an idea how to determine the length of a backstay without going up the stick? It's an H 30 T, and it has a backstay adjuster. Thanks in advance.

Hunter 46 Point Richmond, CA
You can calculate the length of the backstay or hypotenuse from two legs or a leg and an angle measure from the Pythagorean Theorem. The Pythagorean Theorem is a formula used to find the length of any of the sides of a right triangle when given two sides. The formula is usually expressed as a^2 + b^2 = c^2, where a and b are the legs, and c is the hypotenuse. Hunter 30T I (foretriangle height) = 37.00 ft, J (foretriangle base) = 9.75 ft and P (main sail luff) = 40.58 ft 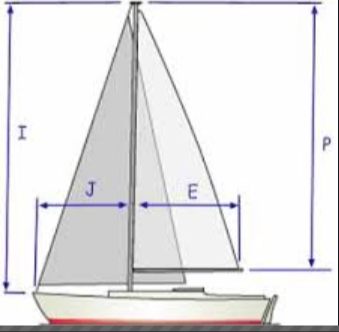 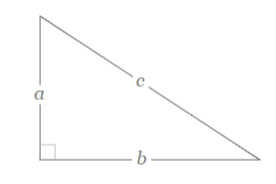 Hunter 30 St.Petersburg, Fl
That would work but the backstay is three pieces. It splits into two part way down.

Catalina 34 Casco Bay
Gee, I bet Marlow-Hunter has that info at their fingertips...and you are right on top of them...

Hunter 34 Alameda CA
Can you pull a tape measure up with the halyard and still read the numbers at the appropriate points?

Catalina '88 C30 tr/bs Oak Harbor, WA
Use a halyard to pull a tape to the mast head. Add 1-foot to that measurement and use a Norsman or similar fitting for the bottom eye.

19thol said:
That would work but the backstay is three pieces. It splits into two part way down.
Click to expand

Actually, the numbers sfbay posted are incorrect. Here's the specs for your Hunter 30, the tall rig numbers are at the bottom of that page.

Never the less, for the lower triangle side, you'd need to figure the distance from mast base to stern , perhaps subtract the "J" (foredeck) dimension from the boat's "LOA". Use the "I" for the other side... then plug in the formula.
or 40(I) squared + [30.4(LOA) - 12.83(J)] squared = backstay squared. Once you have the number for the backstay, you can estimate the split point....say 1/4 of that length, use that number for the split stays' side, and 1/2 the distance between the two stern chain plates for the base. Use the formula again. voila.

However, it might be easier to call a rigging service and have them figure it out for you.

Hunter 34 Lake of Two Mountains, QC, Can
Hitching a ride on Allan & Hayden suggestion but making it a little easier: attach a line to the main sail halyard shackle, bring it to the top and lock it in place. Take the other end of the line to the stern making sure it's as straight and tight as possible then mark the point where it hits the stern. Unlock the halyard and bring it down using the line. Then measure the line, and add whatever is needed by the split area of the back-stay. Don't forget to eyeball the distance from the mast top back-stay attachment to the main sail sheave.
Likes: 19thol

Catalina '88 C30 tr/bs Oak Harbor, WA
The key to the use of any of these approximate measurements is that you should have a swedge fitting on only one end of the new stay. The other end should be a foot or so long so that you can cut it to final length and finish with a Hi-Mod, Norseman or Sta-Loc fitting to the exact length. Hi-Mod
turnbuckles only have limited adjustment.
Likes: 19thol
C

-na -NA Anywhere USA
Probably the customer service at the forum store has those measurements. Possible Seco South in Tampa might have made it. Ask for Jean
You must log in or register to reply here.
Share:
Facebook Twitter Email Link
Top Bottom