Hunter 450 Bainbridge Island
We've all had them aboard. The non-stop talkers, know-it-all skippers, newbies that panic the moment you reach 5 degrees of heel. Loud drunks, wild children, or terrified dogs.

How do you handle obnoxious guests or crew? And what's the diciest situation you've dealt with on the water? 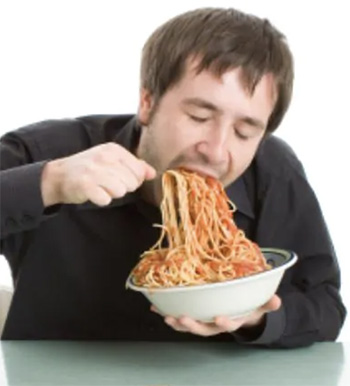 J/ 32 NCYC, Western Lake Erie
We very seldom invite people, especially non-sailors. And most of of our sailing friends don't want to go out with us because we stay out too long.
Likes: Monterey385, Leeward Rail, odaydokay and 5 others

Catalina C25 3559 Rocky Mount
long time rule of boating for me: Never have more than 4 people on a boat regardless of size. More than 4 and someone will have to pee, is hungry, doesn't like boats, has a hangover or is hot/cold. Also, while it would be nice if the passengers helped or chipped in for fuel or beer, expecting this only leads to disappointment. Be prepared to do everything on your own with 3 people in the way.
Likes: 1soonsailing, jorg027, SycloneDriver and 5 others

TBD Looking for my next boat CT
Either I have a terrible memory, or I’ve never had a bad guest. Guests have done some things I didn’t like (and I’ve corrected them as politely as I know how when that happens) but they were always well intended, and responded with cooperation.
The worst thing that comes to mind was someone who used the edge of a very sharp kitchen knife to scrape up crumbs on our (nicely finished teak) salon table. That‘s one of those rare occasions when I forgot my tact and said STOP with a raised voice. (I apologized immediately after, and so did she).
The only other times I‘ve had difficulty are when someone gets seasick. But in those cases I feel nothing but empathy, as I’ve experienced it myself on rare occasions.
I start new guests with a safety briefing about MOB, caution about winches and traveler, how to use the head, inflatable PFDs, and never to leave the cockpit without a PFD on. Occasionally a gentle reminder is needed but never had an argument.
Last edited: Oct 26, 2020
Likes: NotCook, LloydB and Boomer54

Hunter 216 Kingston
I’ve never had any problem with bad guests on my windsurfer, the guy I single hand with however can be a real jerk sometimes!
Likes: 1soonsailing, Leeward Rail, DrJudyB and 8 others

Lancer 27PS MCB Camp Pendleton KF6BL
My sister-in-law went sailing with me once (note the keyword once). She started talking politics. I almost threw her into San Diego Bay, but there was a Navy Security Boat behind me, so she got lucky.
Likes: barnstormer, bawlmer, Alansails and 7 others

Hunter 30T Cheney, KS
I better not say in case it gets out!
If I get a know-it-all, I let them helm a while so we can observe their skill. Either they take the helm or they shut up.

No one goes "number 2" on board. We're never out long enough that they can't wait or take care of it beforehand.

Hunter 36 Deale, MD
Overserving has been the root cause of the very small number of "bad" guests I've ever observed. One guy peaked way too early, broke the flagstaff off a rafted boat using it as a handhold getting into the water, then floated away from the anchored boats on a paddleboard and lost the paddle and his ability to use his arms, apparently. He had to be rescued by another swimmer. We sent him below to take a nap and he's never been invited back aboard any of our boats. I rarely invite someone onboard I don't already know, but on those occasions I suppose I've been very fortunate. Keeping people busy helps put shenanigans at bay. There's a lot less gabbing when you're tacking every few minutes and people have assigned jobs.
Likes: 1soonsailing, SuzaruID and Boomer54

Marlow Hunter 37 Reefpoint Marina Racine, WI
We’ve not had a bad experience yet. We are very careful as to whom we invite and explain to them immediately after the invitation what living on a boat (2-3 days max) is like. Also, as mentioned elsewhere, we only invite one couple at a time to come and stay for a couple days. So far, everyone has been invited back multiple times!
B

Pearson 39-2 Milwaukee
Never had a problem until I let a teacher from the sailing school come on a week long voyage. She had been teaching sailing on small sailboats for 15 years but had never been on anything larger. The combination of thinking it was the same thing on a 39 footer and thinking she should tell me how to do things... never again.
Likes: Alansails, Ken13559 and tfox2069

Island Packet 35 Tucson, AZ/San Carlos, MX
Only happened once, and it was a bad case of mal-de-mar.
Two individuals, one of them a dog, made quite a mess of the cockpit.

The human hasn't been back.

Morgan 323 Portland
Each year we auction off a "day sail and lunch adventure" for our children's school fundraiser. It is always a tad dicey because who you get is complete luck of the draw. During the summer of 2019 I landed two couples who, I quickly realized, had no interest in sailing (i.e. would have even more content on a 50' motorboat). They treated me like a servant as I prepared and served their lunch and passively listened to their derisive conversations about people they knew [and evidently didn't like]. I'm sure I would have preferred to have the couple aboard that they were bashing. It was one of my longest 4 hour sails. But, still, since most of these auctions over the years have been fun and a way to introduce folks to sailing, we will play roulette again.
Likes: Alansails and NotCook
S

Merit 22 Honker Bay
I have stopped taking out people. Non-sailors anyway.
It seemed like by the time we'd be 10 miles from the harbor someone would tell me they had an appointment in 30 minutes.
Likes: bawlmer, SycloneDriver and justsomeguy

Belliure 41 Now on the Chesapeake
I guess I've been lucky. Can't say as I recall ever having a terrible guest. When I've had guests that know nothing about sailing I tell them how to stay out of my way when I have to do things.

Perhaps a recent frustration comes to mind from last year. I was out sailing with several folk that knew nothing about sailing but wanted to learn. We'd been going through how to put sails up and down, where all the halyards are, all that. We were now on day two of sailing...

We were out in a nice stiff breeze and there was a jet skier that had gotten a line tangled in their prop. They were calling for help as they sat on the nose of their jet ski. I couldn't figure out what exactly was happening at first, with the wind it was hard to hear them but they were waving their arms and looked in need. So I sailed over past them and we realized what was going on. So I said we had to drop the sails, and come u t them under motor. There was simply too much wind and waves to be as controlled as needed to pick someone off a jet ski in those conditions without smashing the person, the jet ski, or my boat.... As it was day two of sailing, I figured dropping sails would be easy. However, those guys took so long to figure out how to drop two sails... I should have just told them I'd do it myself. That really tried my patience. It all worked out in the end anyway, we got the person off the jet-ski - they weren't hurt, only scared.

In all fairness, once everything was under power and I was driving the boat, while it took a couple passes, those two guys did an amazingly good job of picking that person off the jet-ski! Let me tell you, with waves bouncing you all over, wind pushing everything around, the timing and positioning to accomplish this is no simple task. The whole time I kept thinking about man overboard and just how frigging difficult that could be!

Hunter 30 Everett, WA
I love to invite guests, but they are people I know. We've never had a really bad experience. I did see a couple get motion sick, but they held everything down. We do begin with a safety and how the head works talk.
Likes: Alansails, Mikem and TimFromLI

Catalina 310 Quincy, MA
It's funny now, but my wife was shocked when she went below to check on our female guest. She had an open bottle of nail polish sitting on the saloon table, while she did her toenails, and we had just set the sails. Wifey quickly set her straight about open containers on a sailboat. In hindsight, the clues were all there. This lady was dressed like she was going out to dinner, and was wearing low heels.

Merit 22- Oregon lakes
I used to enjoy taking friends out for a sail. but since I got married my wife won't let me anymore

(water fight with a powerboater .) 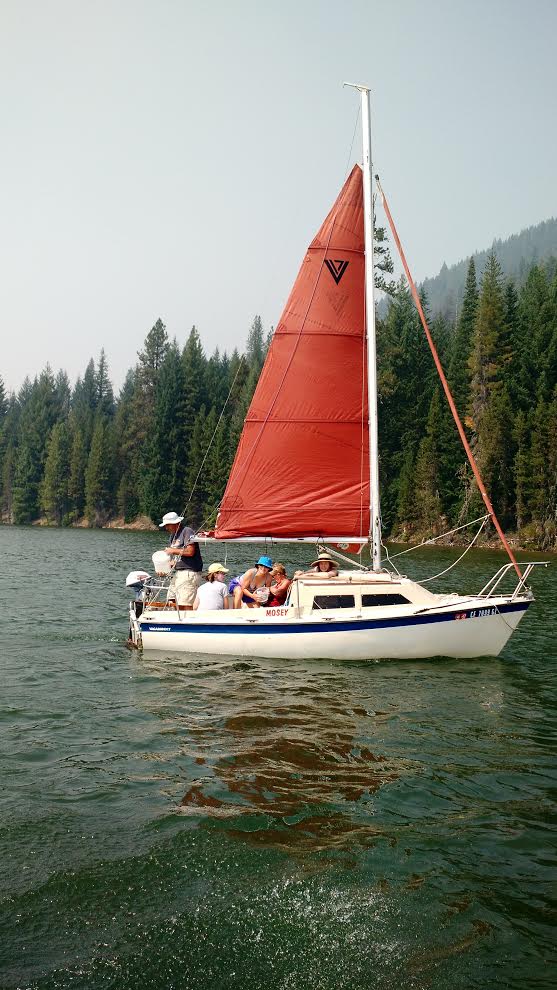 Bristol 35.5 Escanaba
This list was on a boat we purchased several decades ago. An easy way to remember to show a guest what/where/how to behave, before the boat leaves the dock.

"Nothing goes into the toilet (head) until it has passed through your body."
Chewing gum okay?

Love this one:
"PLEASE KEEP ANY CONFUSION ORDERLY"

Bristol 35.5 Escanaba
Nope - no chewing gum - nothing goes into the toilet until it has passed through your body. Keep the rules simple...
You must log in or register to reply here.
Share:
Email Link
Top Bottom