Strictly speaking, yes, for the reason you described. I haven't specifically investigated it with a sailboat (I have with other kinds of loads), but I would guess that the effect is larger with a sailboat than with some other kinds of trailers. The key parameter is the center of mass height of the trailer and load, which is probably going to be higher for a sailboat than for, say, a utility trailer with a couple of cubic yards of gravel in it. Also, the axle geometry is designed to be close to level and you're going to have unfavourable effects (such as roll steer) when it's tipped back. Since the trailer is going to pitch dynamically when being towed, you want to err in the forward C of M direction so that it stays in the safe range even with nose-high pitch.

TLDR: Try to get the trailer close to horizontal. A new ball mount is cheap.

Also--and this is nit picking, but it's one of the axes I like to grind--the term "tongue weight" is a bit misleading. The actual load on the tongue isn't the issue, for stability (thought it matters for mechanical reasons). From the perspective of stability, center of mass position is what matters. Tongue load is just a symptom (and a handy way of inferring C of M position).
Likes: SailingLoto

Hobie 16 & Rhodes 22 Skeeter Charleston
On my H26 it does not take much to go from steady to squirrelly. If I load most of my crap in the v-berth, I’m fine.
Likes: SailingLoto

Hunter 46 Point Richmond, CA
OP..............can you post a photo of the trailer attached to the ball hitch? Is the trailer tounge level? Then we can help with your question.

sail sfbay said:
OP..............can you post a photo of the trailer attached to the ball hitch? Is the trailer tounge level? Then we can help with your question.
Click to expand

Not till the weekend.

Helsen HMS 23 Bloomington
Guess there is no way around it, going to have to slide the tandem axle back a few inches, no room to move the bow forward.
B

CC 30 South Florida
You are correct, by raising or lowering the ball you can make small adjustments to the tongue weight. I say small adjustments because there are other factors that should be addressed before you resort to raising or lowering the ball. The trailer rails should be parallel to the ground in a flat surface. The majority of the weight should be positioned in front of the axle. The idea is to balance the load in the trailer so that a tongue weight of 10 to 15% of the total load is attained with the rails parallel to the ground. To balance the load, you could move the boat forward or backward or rearrange movable stuff. In cases where the boat cannot be moved and rearranging stuff is not enough the axle and suspension could be moved forward or backwards. In some trailers this cannot be done without reconstructing the trailer. So when we have exhausted all our options to balance the load then we go to move the ball up or down. What I do is calculate the amount of tongue weight needed whether 200, 350 or 500 lbs. and then I will find a buddy of mine or cinder blocks which together with my weight will be close to the necessary amount. We will stand on the bumper or the hitch of the tow vehicle and measure the number of inches that the bumper is deflected downward. When I get the trailer to deflect the bumper in a similar number of inches I will know I'm very close to the desired tongue weight. Now in some vehicles with a strong suspension and high road clearance you will have more leeway in dropping the ball. Consider the rating your receiver hitch has for tongue weight as well as the rating for the ball mount and the ball itself and do not exceed those. I would recommend you purchase an adjustable ball mount so you can adjust it to different heights and see where your tongue weight reaches the necessary point. My personal choice to prevent sway is to adjust to 13-15% of the total load of boat and trailer. If your tow vehicle sags excessively or if the tongue is too low to the ground then perhaps consider getting a different tow vehicle. Lastly take the trailer for a spin and see how it behaves. If you feel it is still too light and you have room then drop it another 1/2 inch. Hope this helps. Just think of a three legged stool, 1) rails parallel to ground 2) load balance and 3) 10 to 15% tongue weight. Move one you need to adjust another. Good luck.

Catalina '88 C30 tr/bs Oak Harbor, WA
When I got my C25 it was also a bear to tow due to little tongue weight. I built a motor mount onto the bow jack and moved the outboard from the stern to the bow and that solved the problem. It was also a lot easier on the motor and mount to not bounce around on the lifting mount.
Likes: AaronD

Murgatroid said:
Guess there is no way around it, going to have to slide the tandem axle back a few inches, no room to move the bow forward.
Click to expand 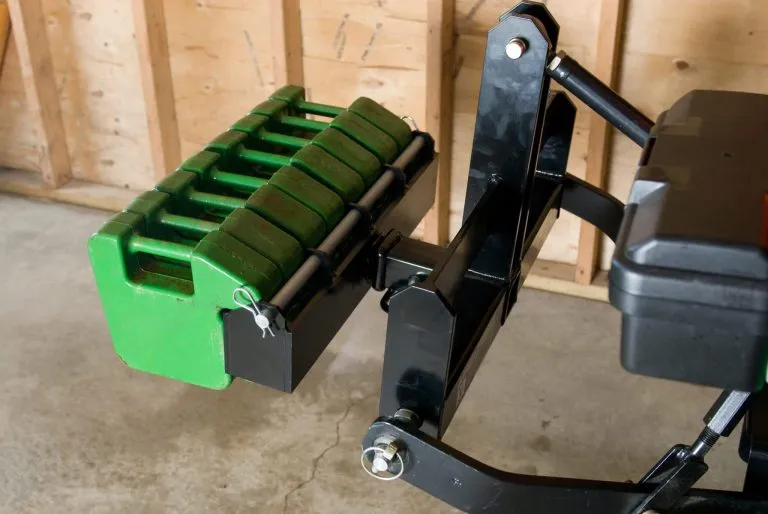 S2 26 Mid On Trailer
Just looking at the picture of your trailer on launch day, it looks like the axles are mounted on their own frame. If you have room just slide the mount frame back a few inches and re-clamp/bolt.

LeeandRick said:
Just looking at the picture of your trailer on launch day, it looks like the axles are mounted on their own frame. If you have room just slide the mount frame back a few inches and re-clamp/bolt.
Click to expand

That is what I'm planning on doing, just wondered how much difference the trailer ball made since they make it in so many different drops.

Murgatroid said:
That is what I'm planning on doing, just wondered how much difference the trailer ball made since they make it in so many different drops.
Click to expand

You want to keep the trailer as level as possible. Even though there is an equalizing bar between the springs forward tires can receive more weight if the tongue is low and the opposite is true if the tongue is high. I set my tongue height by looking at the equalizing bar (between the springs) and level it, which if it's equal length from center pivot to the 2 springs pivots, should load the front and rear axles equally.
Likes: Murgatroid

Hunter 23.5 Fort Walton Yacht Club, Florida
The answer to your question is yes. The center of mass for your boat and trailer is higher than the center of balance of the trailer so if you lower the tounge it should move the center of balance forward. The caveat here is if the axle and tounge weight is so out of whack that this makes a difference it needs to be corrected. Not only will moving the ball up and down make a difference but going up or down hill will as well which can make for an exciting day.
Likes: Crazy Dave Condon and Murgatroid

Signet 20 0 Ithaca
Raising or lowering the ball a couple of inches has approximately 0.001% effect on the weight. Raising it meters would be noticable, but inches? You're all daft!

Don't believe me? Try it at home with yourself and a 2x4 and the bathroom scale, ZERO noticable effect.

Having too little weight on the ball, on the other hand? That, my friend, will send you straight to hell, with your boat leading the way, literally. If it's "squirrelly", that's the more likely issue.
Likes: Thaniel and Hayden Watson

Mr. Dave said:
Raising or lowering the ball a couple of inches has approximately 0.001% effect on the weight. Raising it meters would be noticable, but inches? You're all daft!
Click to expand

It's 1 percent for 6 inches, on my trailer. So, about a thousand times as much as you think.

But it's important to understand that the amount of load on the tongue is not the issue. The issue is the center of mass position. If the C of M position is already marginal, then even a small shift aftward can be significant. It's a stability problem, and stability is notoriously non linear.
M

Tedd said:
It's 1 percent for 6 inches, on my trailer. So, about a thousand times as much as you think.

So a couple of inches (2 specifically) would be how much of a percent?...
Click to expand

Many years ago, when I was racing cars fairly seriously in a failed bid to become a professional, a friend of mine built a very nice, tandem axle, enclosed trailer for hauling racing cars. I joined him on his first outing with the trailer. We loaded both our formula-type racing cars, plus tools and equipment, into the trailer and hauled it with my truck. Being the first time this trailer carried a load, we were careful to load it so that it had about ten percent "tongue weight."

Dan was convinced that a high polar inertia would help stabilize the trailer. He was, of course, extrapolating from the well-known fact that higher polar inertia tends to improve the stability of a car. I was certain he was wrong, because the trailer-tow-vehicle system is a completely different dynamic problem from a single vehicle. (For one thing, with a trailer-tow-vehicle system your main problem is second order harmonics, not first order harmonics.) But it was his trailer and he insisted, so we loaded it with heavier items fore and aft and lighter items in the middle. It was horrible. We towed 120 miles to the race track, unable to go faster than 45-50 mph without the trailer weaving all over the place.

When the time came to go home I convinced Dan that what we wanted was for the polar inertia to be as low as possible. (The theory being that it would raise the second-order natural frequency of the trailer-tow-vehicle system.) We loaded the trailer with the same "tongue weight" as before but with the mass concentrated over the axle as much as we could. We sailed home at a comfortable 80 mph.

Mr. Dave said:
So a couple of inches (2 specifically) would be how much of a percent?...
Click to expand

My point is that raising or lowering the tongue is effectively (or actually) completely meaningless to the problem at hand, which was apparently some super sketchy driving with a loaded trailer.
You must log in or register to reply here.
Share:
Email Link
Top Bottom