The ice box sump on an Alden Challenger.

Alden 38' Challenger yawl Rockport Harbor
In 1961 ice boxes were still the norm. Alden fitted a stainless steel liner in the cavernous hold to take the beating of 50 pound blocks of ice readily available at most docks in those days. This one holds enough perishables for a week for a family of four as well as 80 pounds of 10 pound blocks of ice to keep it cool. 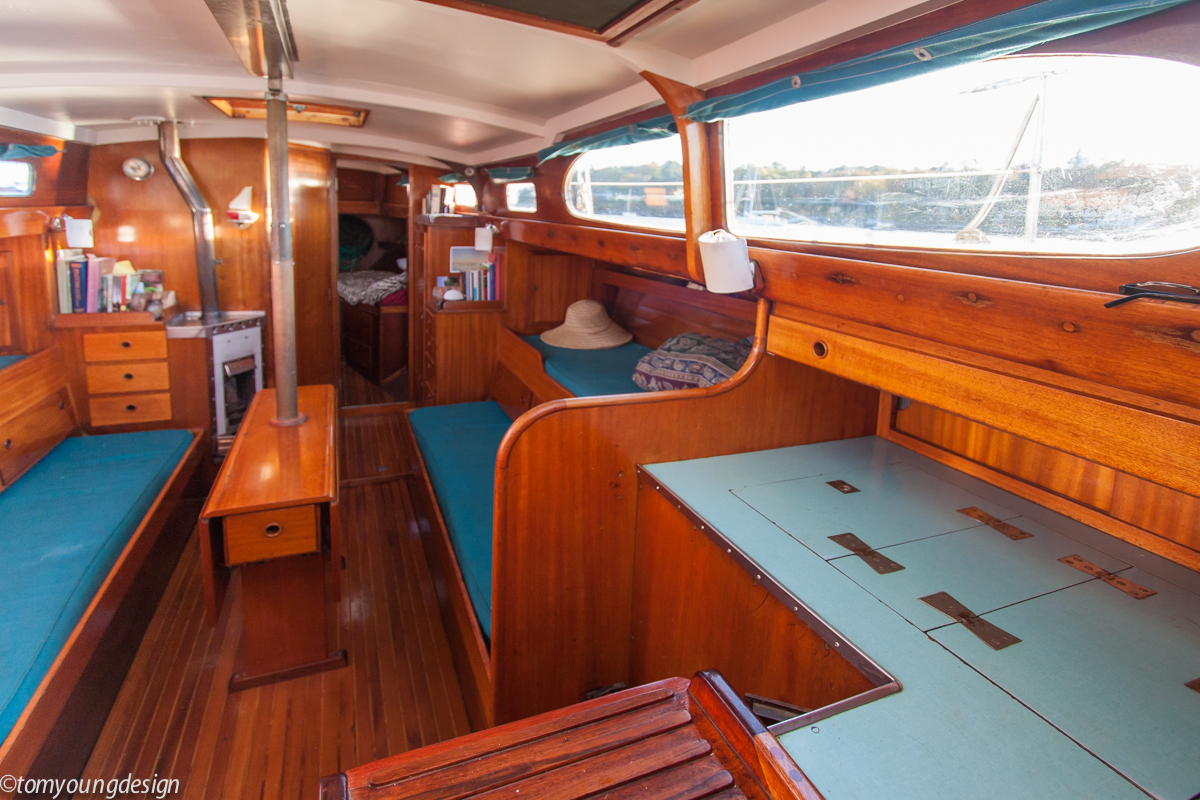 80 pounds of ice, especially with marginal insulation, means a lot of water to get rid of. Alden designed a sump into the Challenger aft of the fuel tanks.

I noticed last season the lid was leaking around the edge. This spring, I took the cover off (by looks, it's never been off). 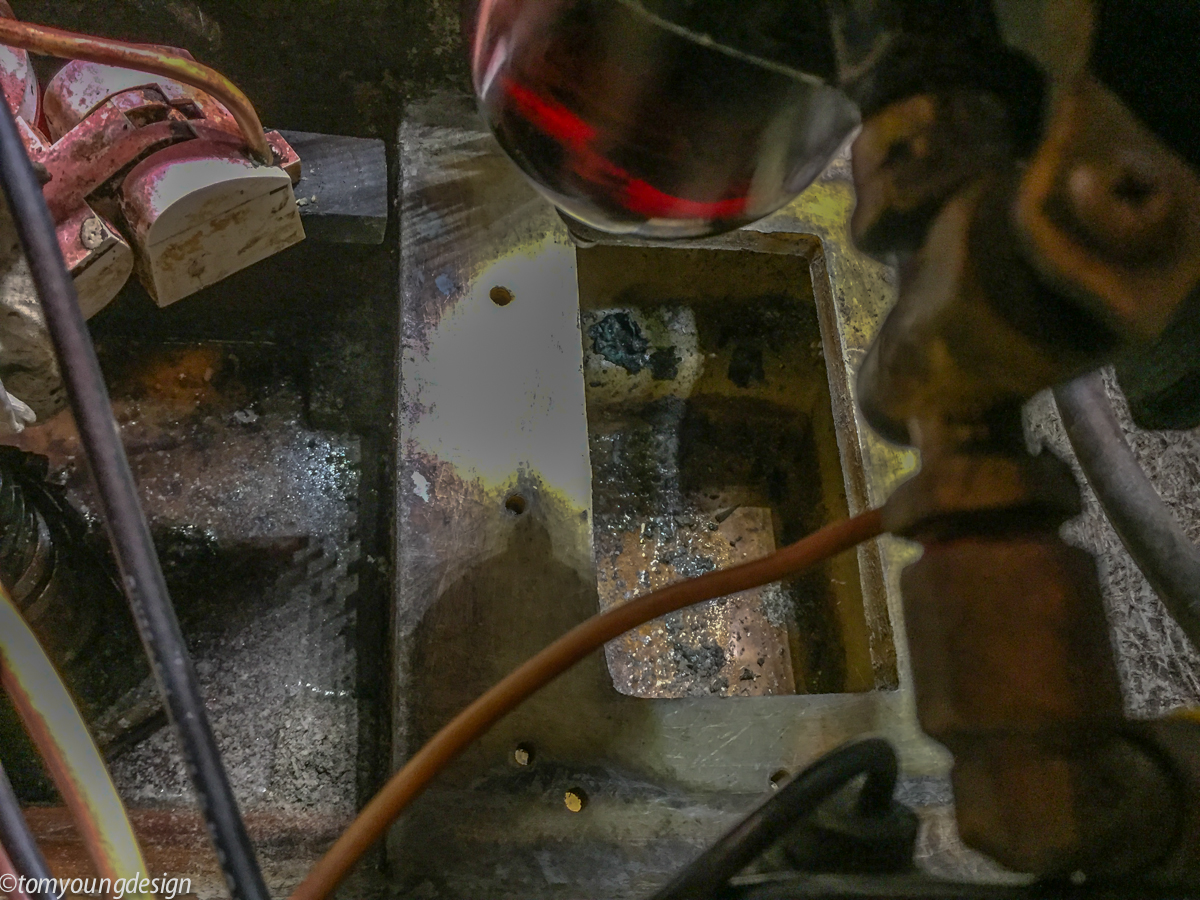 Holding about 1 to 2 gallons, the sump is built of 1/2" thick glass. The fiberglass pipes that drain the forward bilge run beneath the fuel tanks and the ice box sump are glassed in as well.

The top is a bronze sheet with two bronze standpipes brazed to it. A 3/4" inlet pipe and a 1" outlet pipe which extends nearly to the bottom. The idea - smaller pipe in, larger pipe out - works as we've never had a clog inside the sump. It took some noodling to get it out without removing what's over it... 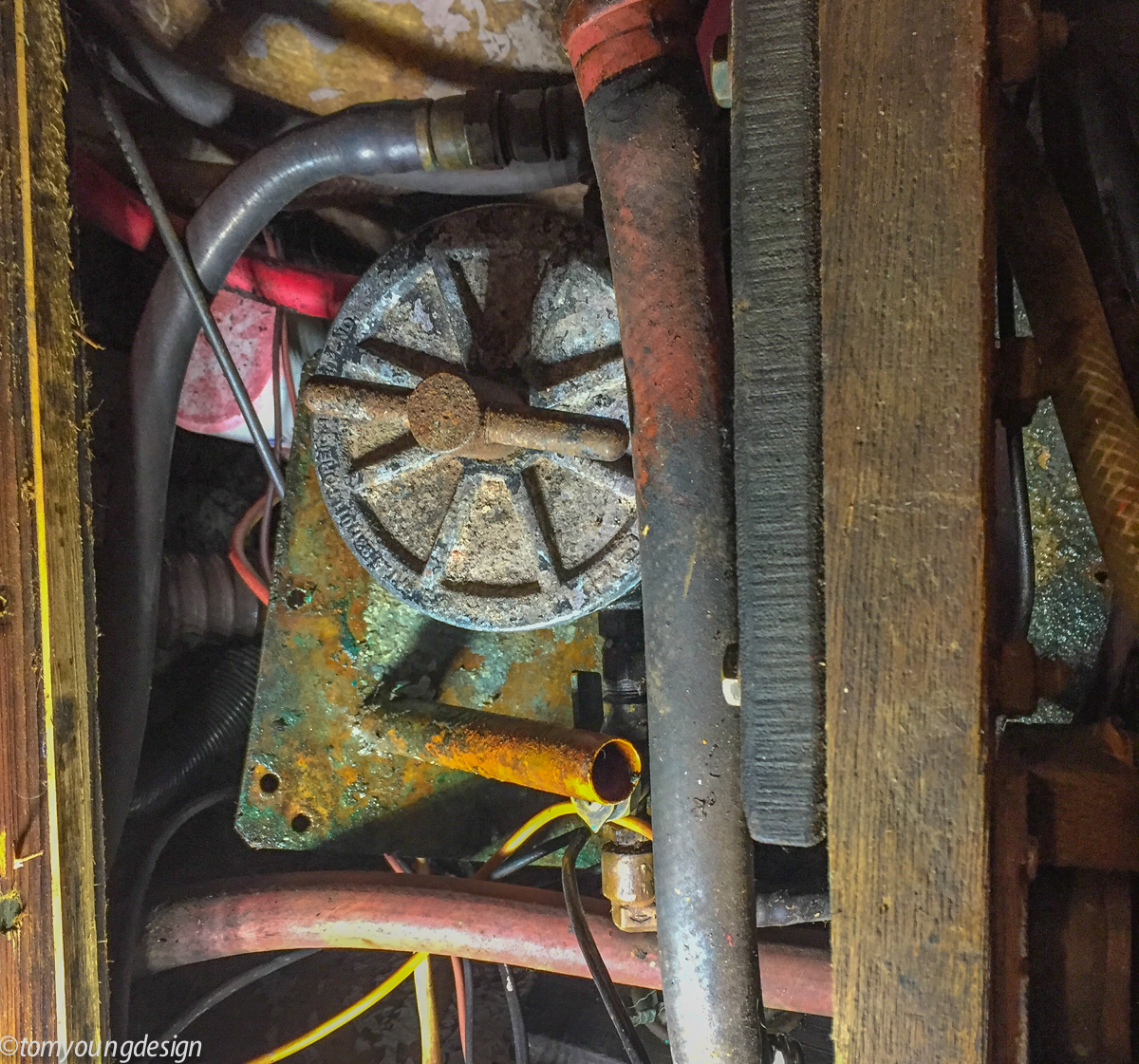 The bronze cleaned up with a wire brush. The welds are strong. The 1/4" bronze machine screws that are tapped into the fiberglass sump flange were deteriorated. The threads in the fiberglass were loose as well, hence the leak.

I drilled the holes out with a 1/4" bit and tapped 5/16" threads into the new holes. After cleaning the flange a thick bead of silicone adhesive caulk was squeezed around the opening and the plate top was twisted back into place and gently set in the silicone.

New 5/16" SS bolts with nylon washers then turned into their new threads. Tightened down by hand then a bit more with a wrench to get a good squeeze out but not so tight as to starve the seal. 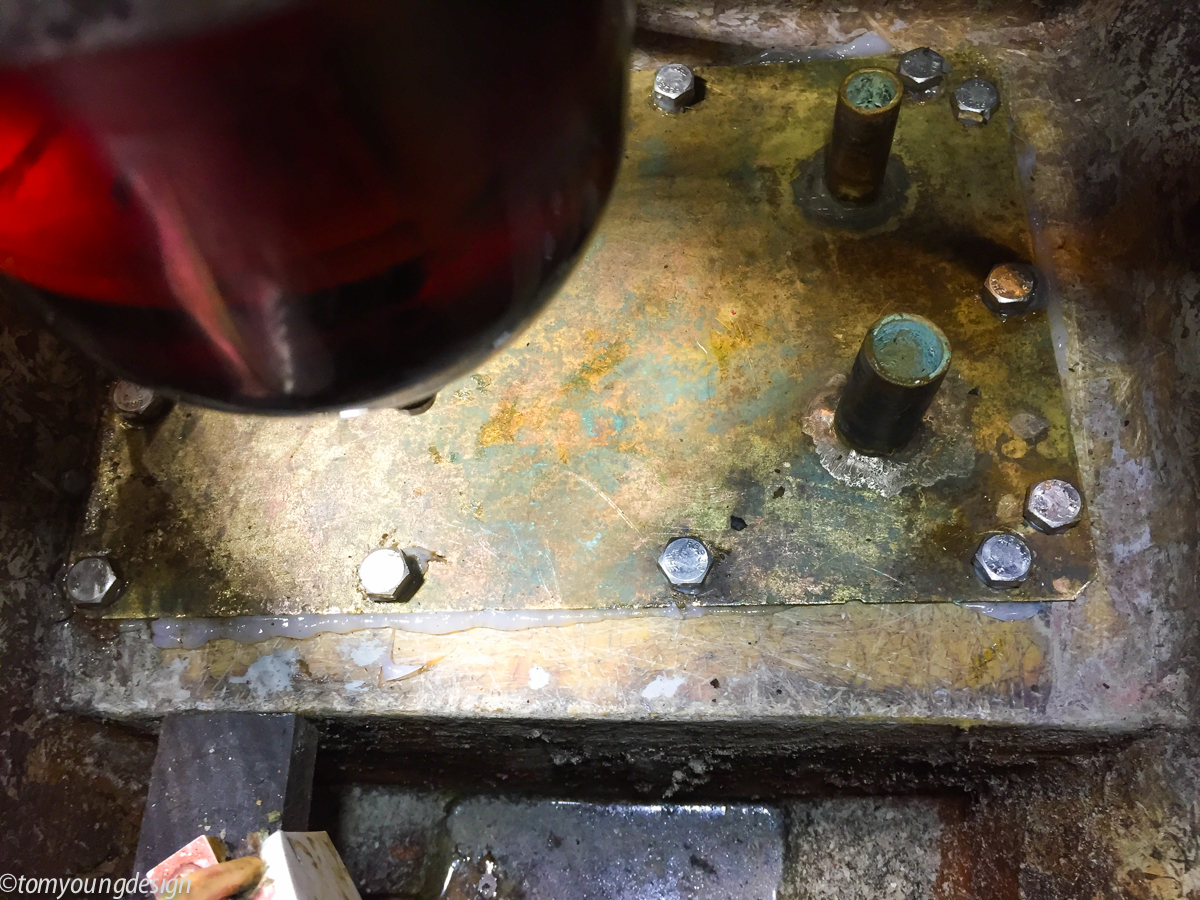 They used a Jabsco bronze hand pump mounted under the galley counter to pull the water from the sump up and discharge into a tap in the sink drain. I thought I would have to replace this hand pump but was able to take it apart, clean and lubricate with silicone pump grease and it works fine.
T

Thanks Tom interesting, I will need to check if I have this sump arrangement.
BR Lloyd
You must log in or register to reply here.
Share:
Email Link
Top Bottom