The Cruising Area near Blaine, WA

Bavaria 38E Alamitos Bay
I was in WA this past week, flying into Bellingham from LAX on Allegiant. Non-stop, 2 hr 20 min. It musta been the first week of truly excellent weather this spring. Very nice! Warmish and mostly clear! Scoping out potential cruising destinations near there leaving from Blaine, or arriving there.

Turns out, there appears more to the area than non-locals might appreciate. Of course there is a harbor (Drayton) with a marina, plus a boat yard with haul out. I did not see a fuel dock, but there are pump-out sites. Drayton Harbor has water deep enough for anchoring through the tidal cycles although there is extensive uncovering of mudflats toward shore at low tide. Nevertheless, I did notice a couple of sailboats riding the hook over a few cycles and that appeared to be fine. With fairly light winds and sunny warm afternoons lingering until 2100, it was an inviting scene. Beautiful views to the west. One can see the “Peace Arch” at the border from the marina and there is a nice park there as well.

A few miles west lies Point Roberts Marina (see sunset view over the Point) which evidently has been totally isolated with the closure of the border, but when reopened looks to be a viable (resort) destination. Around Birch Point lies Birch Bay-a very pretty place which appears to offer anchoring in 10 to 20 ft with shelter from directions other than west and southwest. Might want to check "The Guide" b/f committing. Of course, SW of Blaine about 20-25 n.mi. lies the Sucia Islands "archipelago" and Echo Bay, a very scenic and popular boating destination of the San Juans.

The "Boardwalk" at Blaine, tiny as it is, offers nice views (see sunset), plus a couple of quaint restaurants which are now open. One where I got my first-ever grilled sardine sandwich! Another, the Railway Cafe, where I got morning oatmeal and coffee (but not very early!), sitting on a nice covered porch with a view over the harbor. Free street parking. And very low key. There's more. It could be a nice stop or departure for folks cruising the east side of the Rosario Strait (or its northward "continuation" which actually out of the strait), where I'm told is less foggy than westerly of it.

Slickcraft 26 Greenport, NY
Thanks for the narrative. I enjoyed finding those places my electronic charts.
Likes: Kings Gambit

Slickcraft 26 Greenport, NY
Oh, and I noted with the depth readings for the area some soundings have a number (7) and there is a subscript number adjacent. I don't know what that means.

CAL 35 Cruiser moored EVERETT WA
The number is the depth in fathoms. The subscript is in feet. So, 73 represents 7 fathoms 3 feet depth. A Fathom is equal to 6 feet. A marker of 73 indicates a depth of 45 feet.
Likes: shemandr and Kings Gambit
O

Hunter 26.5 Trailer
Funny, I was out the Seattle area Wed-Fri myself. I was stationed at McChord back in the day, and I had no idea there were that many snowy peaks around the area, because the visibility just never was that great. But this past week it was for sure gorgeous. I was rather amazed at the lack of sails on the water (Lake Union and Washington, as well as the area around Tacoma.
I'll be out there again later this week, I was thinking about seeing if I could rent a sailboat somewhere or just play rail meat on someone else's boat for a few hours.
Likes: Kings Gambit

Kings Gambit said:
Turns out, there appears more to the area than non-locals might appreciate. Of course there is a harbor (Drayton) with a marina, plus a boat yard with haul out. I did not see a fuel dock, but there are pump-out sites.
Click to expand

Nice write up, Ray. We purchased Belle-Vie in Semiahmoo (a cannery once upon a time) and moored her there for three years before relocating south. Drayton Harbor is a nice anchorage absent any kind of weather stinker. A southerly can build a very nasty fetch. Semiahmoo has a a fuel dock, pump out, reciprocal moorage dock and a small store with the basics. When we were there it was a full service marina, but the tribe closed the repair/haul out side when they took over ownership.

You're right on regarding cruising grounds. When the border was open it was a short (couple hours) hop across Georgia Strait to Ganges, and nearby anchorages. Or another short hop (couple of hours) down strait to Sucia, Matia, Patos and related islands. Made those trips many times. When crossing the border I would normally clear at White Rock, just a short one mile hop from Semiahmoo. The government clearing dock is on the south side with a small marina on the north side. You used to have to hike up to shore to clear by a ring down phone, but now you just do it by cell and you must be tied to the dock before you call in to clear. When you come in to dock, make sure to tie up to the west side of the finger. The east side is too thin for displacement boats. Also, do not try to turn around when leaving; just back out.

One time I came in to clear at near low water. A sail boat was on the west side of the finger, with no skipper in sight (finger has room for only one boat on each side) and a power boat was on the east side, clearly sitting in the mud. When I explained my plight to the Custom's agent, she gave me the clearance I needed. All just a part of the experience.
Last edited: May 26, 2021
Likes: Kings Gambit and jssailem

CAL 35 Cruiser moored EVERETT WA
The bays up there have a lot of silt. I have wondered where it all has been sourced. Sure there are rivers providing runoff during the season. I have wondered if the "Mighty Fraser" has not been a contributor to this slim water. I made a shore visit to Birch Bay and was amazed to see sailboats drying in the mud, tied to a mooring ball, some 100 yards from the beach.

During our 2019 winter sail Les and I overnighted at Point Roberts. The folks there were surprised to see us sail in to their marina. They broke out the welcome mat. Helped us with fresh water, fuel and a great slip. I learned that the marina has been port for some 800 vessels both Canadian and US owners. It is a "Port of Call" with a customs dock conveniently located at the entrance. Pre-Covid it has been a popular stop when transiting from Vancouver BC to the Puget Sound area. Living on that tongue of land I understand it is one of the safest places on earth with water on 3 sides and border guards from 2 countries scrutinizing all who come and go. the sheriff I spoke too said the busiest time was when the post office box stores open for business. The folk who treat the 3 stop signs as a suggestion learn that traffic rules apply even when your Amazon package shouts Pick Me Up.
Likes: Kings Gambit

Bavaria 38E Alamitos Bay
Terry & John. Thanks for the inputs. I drove over to Semiahmoo and saw the resort and marina; talked to the person at the marina office. The marina is privately owned, as you said. I did not catch whether or not folks could access it via the water from elsewhere or get fuel. Very pretty drive out to the spit. I did not see anybody out actually sailing. There was a light, 8 to 10 kt, breeze in the afternoons. Evidently, we’re not quite into the season yet. Squalicum was also nice, but hardly anyone around. Very quiet, not at all busy. It was mid-week though. Looking forward to maybe some more adventure in the PNW this summer.
Last edited: May 16, 2021

Kings Gambit said:
Looking forward to maybe some more adventure in the PNW this summer
Click to expand

Do hope so. Maybe this time a better rendezvous experience now that my cranky Genset has decided to cooperate. Keep us posted on your itinerary. and I will do the same; Watmough Bay?
Likes: jssailem

Once I learn how to pronounce it, that sounds nice. 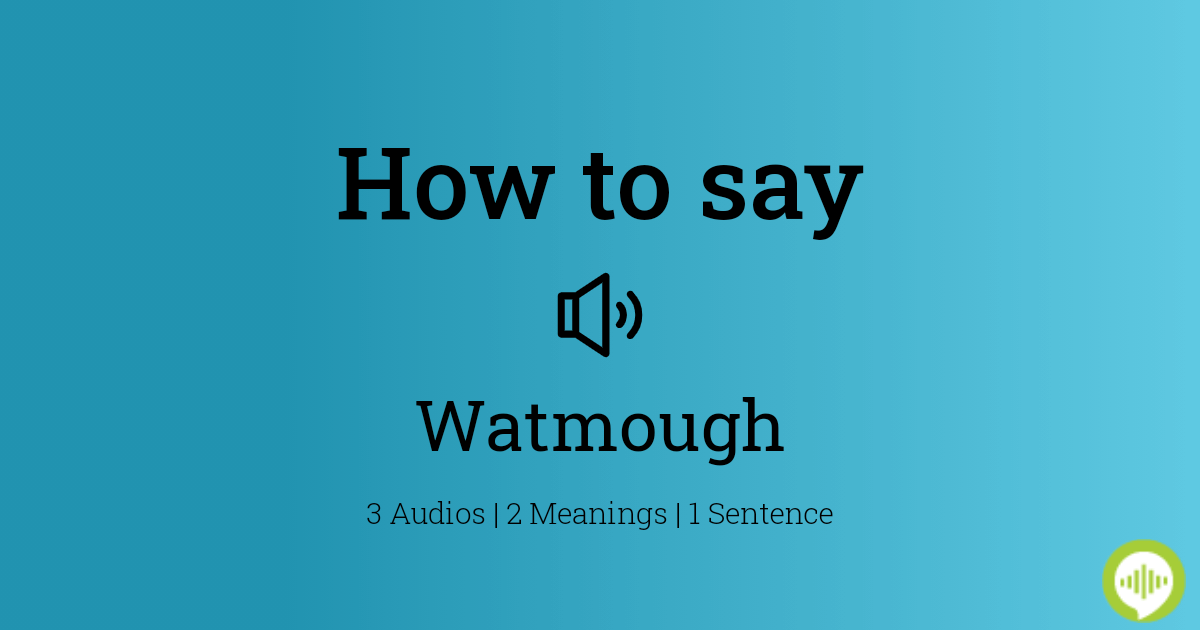 How to say Watmough in English? Pronunciation of Watmough with 3 audio pronunciations, 2 meanings, 1 sentence and more for Watmough.

jssailem said:
I have wondered where it all has been sourced.
Click to expand

Garrison Bay used to be much deeper than it is now when large schooners would arrive with supplies to feed English Camp. When McMillan built and ran the lime kiln operation at Roche, the kilns had a voracious appetite for wood, their only source of fuel. Looking at some of the old pictures you can see the company skinned the entire area of forest material to feed the kilns, thus leaving behind an open soil wound that leached down the hills and into the Bay filling it up with run off. I suspect many other Bays were filled with run off silt the same way as loggers cleared much of our region of old growth to feed a growing country in need of wood products.
Likes: jssailem and jon hansen

Hunter Passage 42 Shelter Bay, WA
Lately, when I'm heading north for an extended cruise into BC, I will clear at Whiterock, which is much closer than Bedwell. From there I cross Georgia Strait to either Porlier Pass for Clam Bay, Pirates Cove or directly to Nanaimo, which make for good rendezvous points.

Heading due west for Active Pass will place you near several good anchorages including Ganges on Salt Spring Island.
You must log in or register to reply here.
Share:
Email Link
Top Bottom