Hunter 26.5 Trailer
it's cooling off, but we still got 4 hours in today, with good winds. tomorrow is supposed to be a little warmer and sunny, so we hope to get one more good day in.
This is my folks, their first time on this boat.

Hunter 26.5 Trailer
Here's the pic I tried to attach from my phone, but the connection just wasn't fast enough to process: 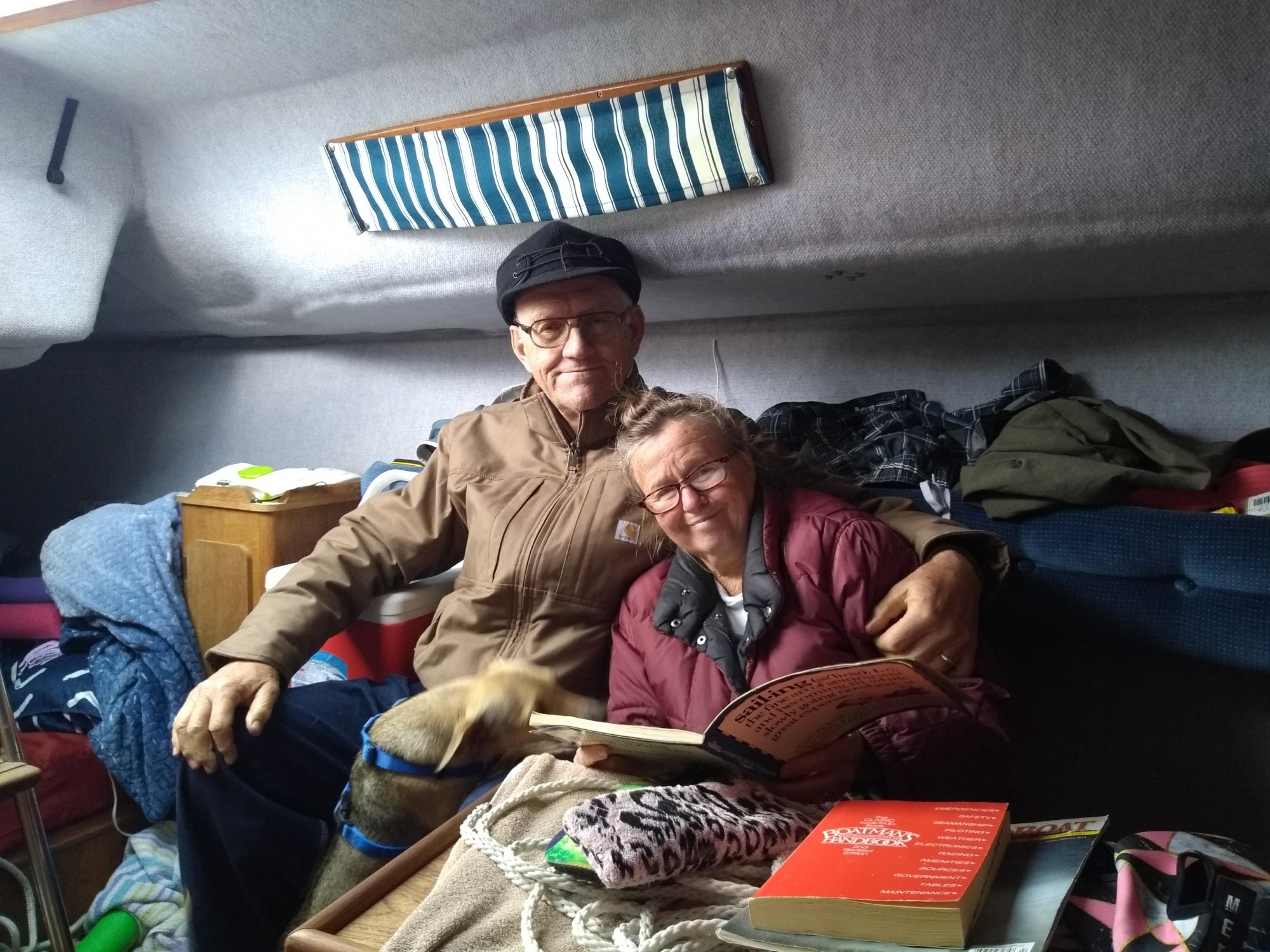 That's my folks, Saturday afternoon. Sunday was a little warmer, but the winds only lasted a couple hours and we had to motor back to the marina. It was still a fun weekend.
Likes: Roadking Larry and kloudie1

Beneteau 323 Manistee, MI
We had a weather window of sorts Sunday and yesterday. Needed a north to northeast wind as was forecast to move one boat each day 30 miles south to winter storage. Sunday was clear and mild and the wind had moved north. We had some leftover rollers from the southwest and new waves from the north. Made the move in about 5 hours.
Yesterday, different story. The wind was supposed to be from the east and wave less than one foot, with a 30% chance of rain in the afternoon. The mistake I made was not to bring my foul weather gear. Started out from Manistee at 0730, almost flat calm and sun coming up through scattered clouds, wind coming off the east shore as predicted.
It was still a fairly easy trip, averaging about 5.5 knots. As we came around Big Sable point, the wind began to shift from east to southeast to almost southwest, and those ominous gray clouds started to appear. Waves built up to 2 feet plus out of the southeast, smacking the bow occasionally and sending a bit of spray over the bow. Then it poured. NOAA, as usual, can’t predict Michigan weather.
(The rain quit, and sun came out just as we made the breakwater in Pentwater, and the afternoon when it was forecast to rain was clear. Overall we still averaged around 5 knots and made it in just under 6 hours. Not bad for having to emulate trawlers because the sails were off the boats.)
O

Hunter 26.5 Trailer
And our season aboard Serenade has come to an end. Yesterday we went up to the lake and had a nice afternoon sail, then pulled the sails off and got her ready. We got craned out today. It was pretty amazing to see how quickly it all worked out. 11 boats, 2 hours of crane time and everyone split the cost. I don't know about other places, but I figure that the $51 I spent on haul out was peanuts compared to any other method. I'll have to build some sort of shelter for the winter to keep snow and crud mostly off the boat, and I plan to re-bed all the deck hardware before winter just to make sure it's all good. Anyway, it was a great summer but I'm looking forward to spending a couple weekends at home.
You must log in or register to reply here.
Share:
Email Link
Top Bottom