cb32863 said:
Those Fulcrum boats are small, quick, dinghy's. I mentioned Moths as well but, these are not cruising vessels either. Beneteau already makes the Figaro BENETEAU | Figaro - A Distillation Of Technology & Innovation but, I doubt it is going to be used for cruising. Its a go fast boat that is a lot more racer then anything. Maybe someday, could be but, there will need to be more design advances as you will need to probably put the foils "away" getting in to a marina.
Click to expand

Thanks for your response.

yappasailing said:
Actually, I learned how to sail on a Hobie 14. I find them to be sailed by the some of the most talented sailors.

As far as jet skiers and power boaters, their rights end when it infringes on the rights of other boaters. Since I’ve always sailed on small, trailerable sailboats, I typically sail in reservoirs, lakes, and bays. I’ve been cut off by power boats, ignoring the speed limits, and jet skiers recklessly racing by me too many times, ignoring boating rules and regulations.

I was once inside a harbor, sailing back to a visitor’s slip I was renting for a month. I was making a tack and a power boat come by at an excessive speed, cut right in front of me, I had to fall off to avoid collision. The passengers started laughing at me as they went by.
Crafts capable of excessive speeds, in the wrong hands, can be extremely dangerous.
Click to expand

I remember a day I was ghosting along in a 2 kts breeze... after about 15 min I had gotten up to my max speed of about 1.5 kts when a guy in ski boat came by very close so his wife could yell "Lovely boat" at me.... then he cut right in front of my bow and his wake knocked the hell out of me and all the wind out of my sails. And I had to start all over again. Not malicious! Just ignorant. (and annoying)

I thought so, too. It was on Instagram and originated, I think, on Sailing Anarchy.
Likes: jon hansen

TomY said:
I thought so, too. It was on Instagram and originated, I think, on Sailing Anarchy.
Click to expand

Anarchy is the right noun to describe that for sure....

yappasailing said:
Crafts capable of excessive speeds, in the wrong hands, can be extremely dangerous.
Click to expand

So true. The key words are in bold, italics and underlined.

Have you found this to be true of foiling sailboats?

The nice thing about sailboats, foiling or otherwise is, if you don't know what you're doing you won't sail fast and you won't sail for long. Anyone can push a throttle and steer, though even that can be a challenge for some Darwin Award Winners to be.

No need to get annoyed before hand.

Macgregor 26S Sherwood Park, Alberta
I felt like “this isn’t sailing” when I first saw the AC’s. But I watched (in awe and curiosity). And the more I watched the more I saw the “sailing” part shining through. But it was when one of the commentators stated “the Americas Cup is about pushing the sport to the bleeding edge of technology” that I decided it’s okay. And then I started looking into getting myself a Moth! (Too spendy for me sadly.)

I’m most happy at 2-5 knots, watching my young children holding the tiller and seeing them glance up at the sails. Man I love sailing!
Likes: Will Gilmore and rgranger 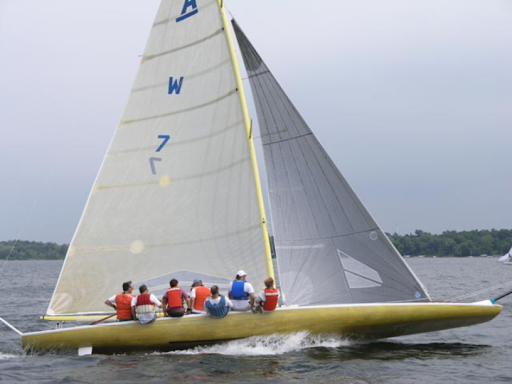 it's a hoot ghosting off the anchor at dawn. 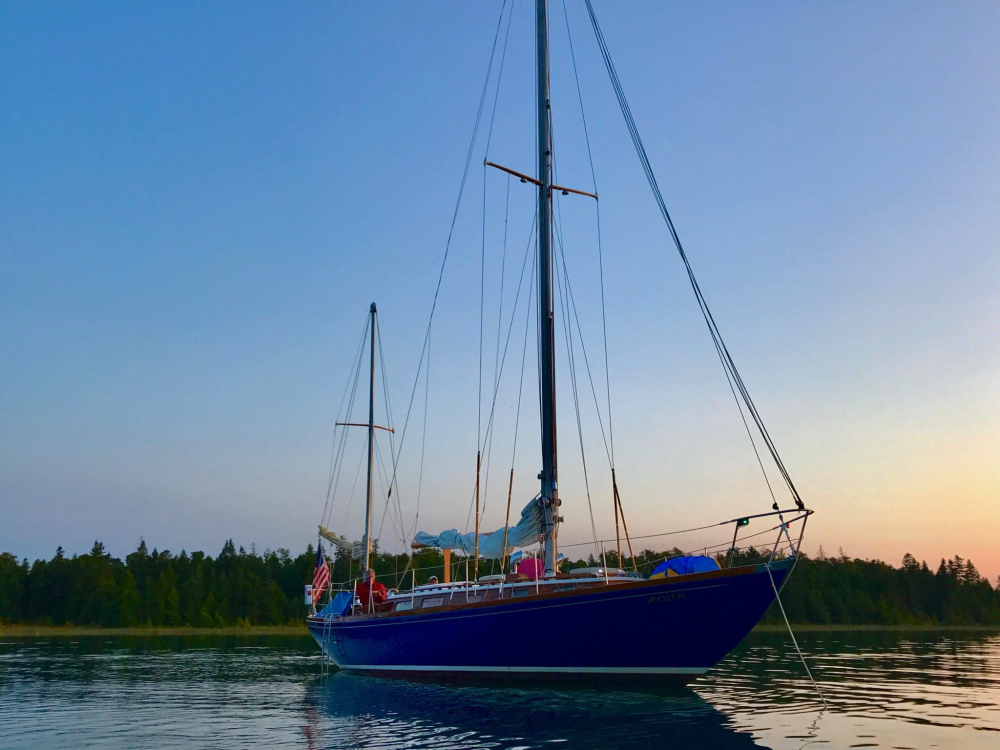 the whole spectrum is fine by me.

more sail!
Likes: TomY, Will Gilmore, Macboy and 2 others
D

Sabre 362 113 Fair Haven, NY
If nothing else, foiling boats give us old geezers something to talk about while waiting for the weather to warm up so we can get our lead belly boats in the water and sail.

dlochner said:
waiting for the weather to warm up so we can get our lead belly boats in the water
Click to expand

Likes: dlochner, dLj, Will Gilmore and 1 other person

Hunter 26 Charleston
How many of you know that Nirvana coverd this Led Belly song?

Likes: Will Gilmore
You must log in or register to reply here.
Share:
Email Link
Top Bottom