Help! Please post a picture of your O'Day 25 trailer :)

O'Day 25CB Claremore, OK, Redbud Marina
Apparently everyone threw away their O'day 25 trailers like kids throwing away the packaging from a new toy. They're as hard to find as unicorn feathers.

If you have a picture of the trailer you use to haul your O'day 25, I'd be mighty thankful to see a picture of it, all the better if you have pictures with and without the boat on it. I'm likely going to have to convert a non-sailboat trailer to fit if I'm ever going to be able to take my girl out of the water and bring her home. Some pictures of what right looks like would be a fantastic start!

Well, I don't have an O'DAY 25..... but I do have a collection of pictures that should show various 25s on their trailers and I might have a pic or 2 of a couple of trailers for the 25 without a boat on them (might not be the "standard" setup, but used for a 25 anyway.).

CC 30 South Florida
I have not seen many trailers for the Oday 27' either; I wonder if it is brand related or if the size and displacement has something to do with it? Most of those boats were sold with no trailers.
4

Oday Day Sailer Wareham, MA
Well, a few owners did "trailer" their O'DAY 27s, but it would take a hefty tow vehicle! The 27 weighed almost 7000# and had a 4' keel (some had a deeper 5' keel). The 9' beam also would mean needing a Wide Load permit on most roads. A steep ramp or a Travel-Lift (or crane) would be needed to launch/haul, and some sort of system to raise/lower the mast would be a hinderance to much trailering I would think. Still, if one has the right tow vehicle, it might be easier to trailer to another cruising area than to sail (or have a boat hauler move the boat $$$).

Despite the 9' beam, several owners of the later 272 did trailer their boats, but most were using the trailer as a less expensive way to store their boat at home for the Winter and save $$ by hauling and launching themselves. Even if you had a boatyard lift the boat on/off the trailer with a Travel-Lift, a trailer is still a pretty good way to save $$ bringing her home for Winter storage! The 2'11" wing-keel draft and the relatively lighter 5400# weight of the 272 (compared to the older 27) would make his possible. Renting a truck from U-Haul to tow the boat to/from the water opens this idea to those of us without large (and gas hungry!) tow vehicles. That 9' beam may still be a problem on some roads though! (Federal highways are limited to 8'6" beam and many State and local roads limit boats to 8' beam without special permits!)

Oday 26 Lake Keowee,SC
I modified a TRAILRITE trailer for my Oday 26. here are some pics. the boat and this trailer weight is @ 6000 #, need more info post a note to me.

But it looks like you got plenty of info on the 25 trailer!

Oday 25 Wilmington
I stumbled across this post, and picture 102_0370 is actually my boat. That pictures is from 4 years ago, and I will soon be modifying the trailer to launch from. Any trailer can be easily modified, mine has a few strategically placed 4x4 and 6x6. This was supposed to be temporary, but it works and other projects have taken priority. My particular trailer is an EZ Loader, and seems like it would work fine. I would recommend a dual axle trailer. My plan is to jack up all the rollers, and replace the bunks on the back with more adjustable rollers. This way I can bottom paint on the trailer and slide the boat back if needed. Also considering adding something to help support the keel better. 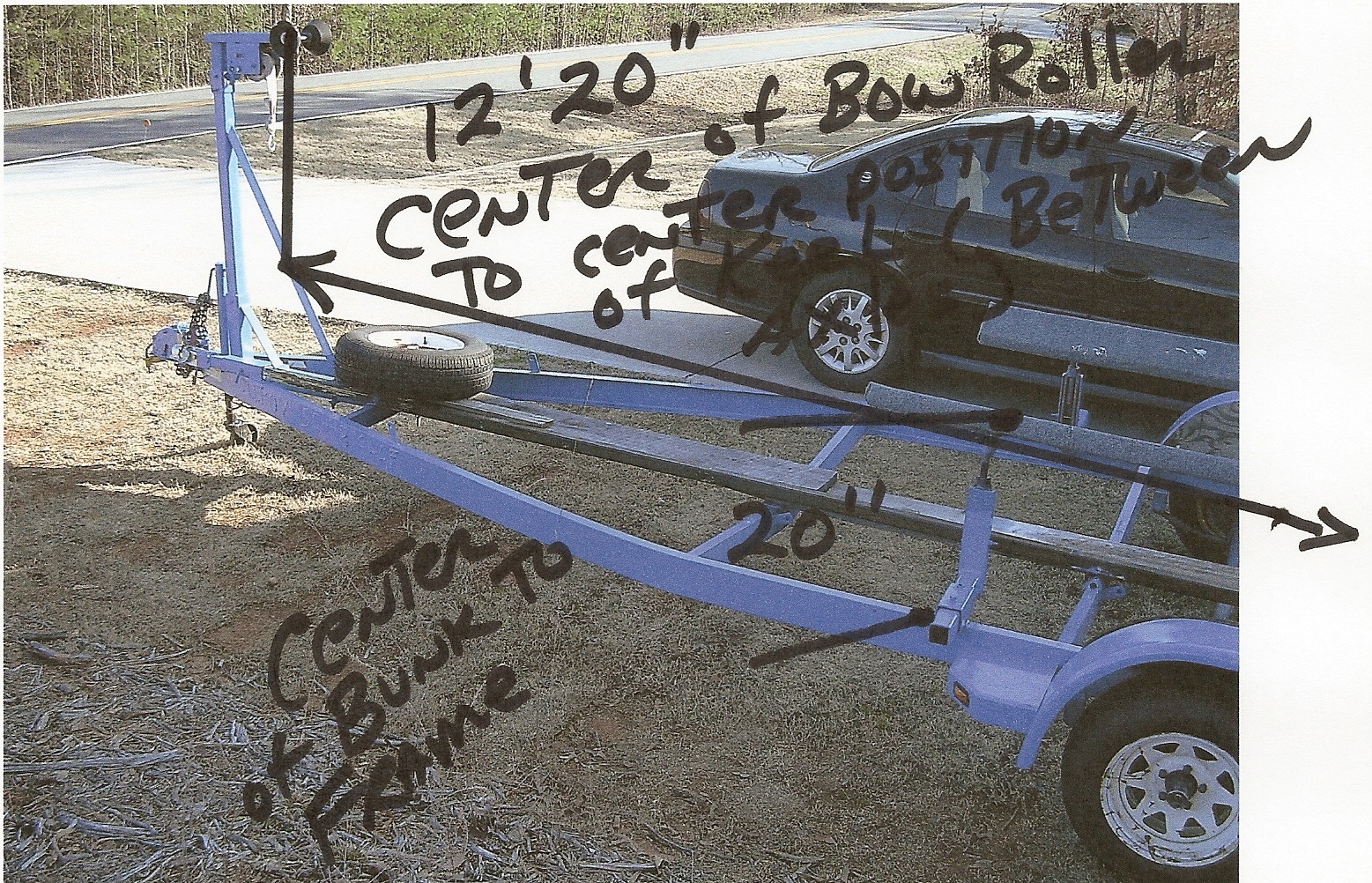 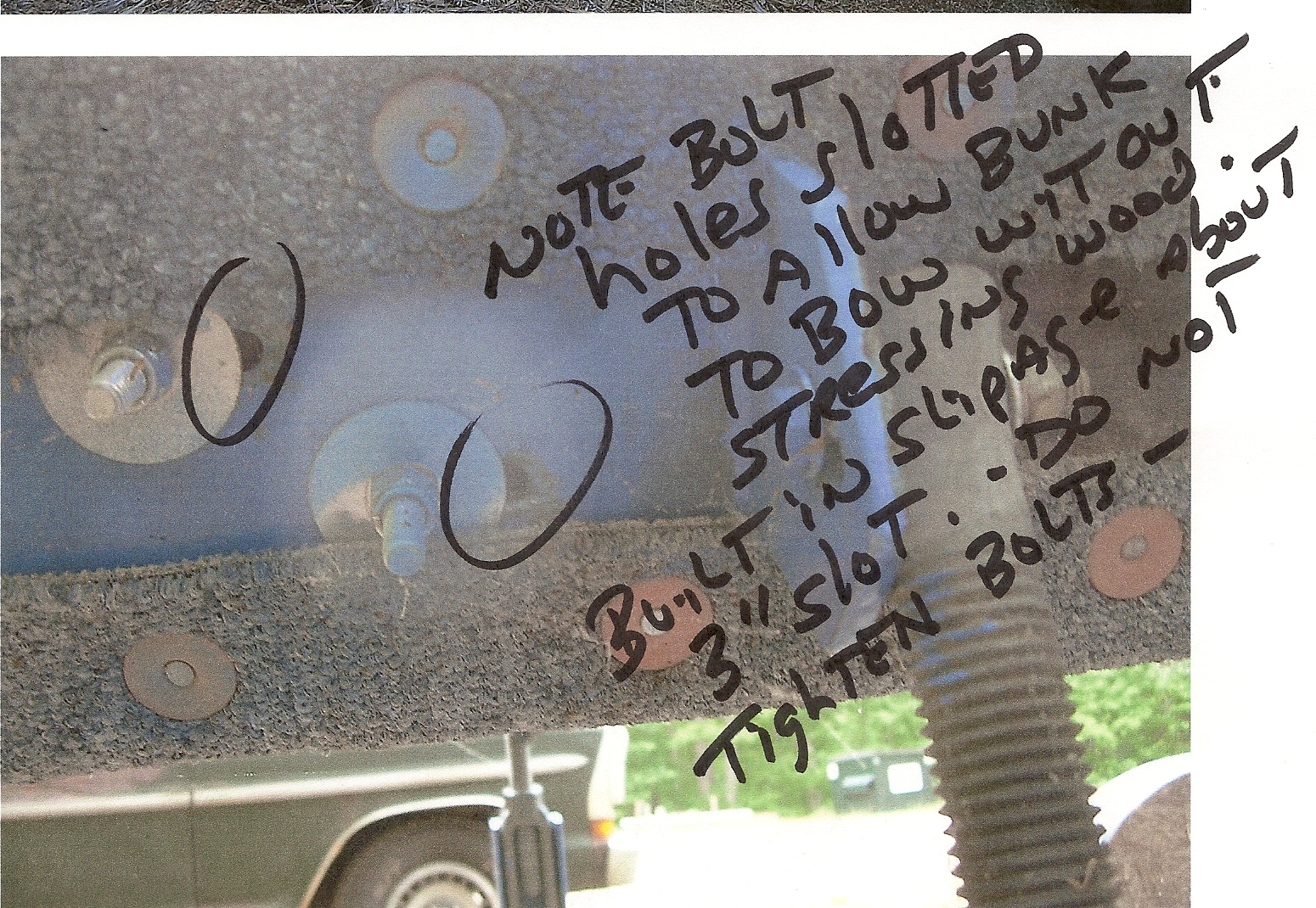 O'Day 25CB Claremore, OK, Redbud Marina
Thanks kdssail! I appreciate seeing some dimensions. How far would you estimate the stern overhangs the rear of the trailer frame?
J

O'Day 25 Chesapeake Bay, Norfolk VA
Not trying to dig up an old thread but the info posted here is gold for me as I am currently building a power boat trailer into a trailer for my O'Day 25. Curious about your adjustable bunk setup, is that just C channel with an adjustable steel bracket bolted in it? What is the name of that bracket or where abouts in the hardware store/online can I find one?

Oday 25 Milwaukee
I also have our 25 Oday on a trailer . I've changed quite a bit to be able to step the mast and launch without assistance . Most was done for not a whole lot of money.
P

J_Stone said:
Not trying to dig up an old thread but the info posted here is gold for me as I am currently building a power boat trailer into a trailer for my O'Day 25. Curious about your adjustable bunk setup, is that just C channel with an adjustable steel bracket bolted in it? What is the name of that bracket or where abouts in the hardware store/online can I find one?
Click to expand

That looks like a giant turnbuckle cut in half

Hunter 46 Point Richmond, CA
Do an internet search on "O'Day 25 trailer images" and you will see many O'Day 25 trailers.
You must log in or register to reply here.
Share:
Email Link
Top Bottom