Boat Weight, Has anyone weighed their boat?

I just did a study on one the newest Capri 22 TR WK produced. and it is needless to say a bit porky! I have the certified truck scale receipts I will post them shortly and the weighting parameters.
Has anyone ever weighed their boat yet?

259
So my question is do you know your boat weight?

Any time I've ever asked for that I was told the lift's scale is inaccurate
Likes: TomY

Alden 50 Sarasota, Florida
A travel lift may not give a precise weight but it’s close enough for any purpose I can think of.

What I don’t want to know is the weight of all the stuff we have stored IN the boat.
Likes: Will Gilmore

Well, that is what I did, and it surprised me! a 1300 series hull weighs in at over 2,600 lbs.
No of the following was board
what was on board

Catalina 270 255 Wabamun. Welcome to the marina
The published specs for the 270 were almost 2000 lbs less than the real number. Almost shocking.

Islander Freeport, 41 Ketch Longmont, CO
I guess that doesn't sound like too much. Sailboatdata.com lists the displacement as 2200 lbs., 650 of that is keel (ballast) weight. so you are right in line with expectations.

Hunter 41 Lewes
it's funny that weight is almost inconsequential to speed. Only Length at the waterline matters for the most part. Of course if you are inordinately heavy for your length it will be a detractor to speed but otherwise it's all about length, but isn't it always?
Likes: DaveJ

uncledom said:
it's funny that weight is almost inconsequential to speed. Only Length at the waterline matters for the most part. Of course if you are inordinately heavy for your length it will be a detractor to speed but otherwise it's all about length, but isn't it always?
Click to expand

NO! Show me a boat designed for speed where the designer didn’t show a major effort to save weight.
(Your own experience might vary if you have only sailed slow heavy boats that are designed to never exceed “displacement” hull speed.)

259
Well, weight does matter and it matters a lot. I have a crane issue that says it matters. I dry sail my boat.
I just did a bunch hole drilling in a brand new boat to mount hardware in various locations. I found that the deck is consistently 1/8'' thicker fiberglass, with plywood almost everywhere. The boat is definitely stiffer than my boat, and where I had vinyl liner there is now a fiberglass liner.
Another major difference is the keel sump reinforcement. I do not have a keel sump like the new boats and the support structure for the keel has been clearly modified to be a lot stronger.
I would say that from what I have seen drilled, cored, and mounted I can see the 2 boats having an 800 lb difference in total weight. My point to all of this is the newer boats are not the same as the older boats and should get a rating credit to help offset this additional weight. The wing keel boat should get in my opinion should get 12 seconds credit and fin keel gets 6 seconds.

Catalina Capri 22 Home Port
The design displacement is what the (optimistic?) naval architect calculated the weight of water displaced would be if the boat were floating on its design waterline.

Then there's the issue of weight being a factor. Of course it’s a factor, but so is the prismatic coefficient (basically how pointy the underwater sections are), wetted surface area, and several other factors.

Ted Hood, a designer of a wide variety of boats over his career, including America’s Cup winners, and some of my favorite cruising boats, the Bristols and Little Harbors, tells in one of his books of one of his earlier designs. His crew, preparing for a race started removing everything from the boat, in order to save weight. He shouted, "What the hell are you doing?" and told them to put everything back on board. He then proceeded to fill the tanks, and even the bilge with water up to the floorboards. They won the race.

Agree or disagree with Hood's heavy-displacement philosophy, he is not wrong that a heavy boat can sail very well, if properly designed. Capri 22s, on the other hand, are obviously faster when sailed lighter.

TBD Looking for my next boat CT
All else equal, lighter is faster.
Likes: TomY

john alden caravelle 42 sturgeon bay, wis
i have extra heavy: alden caravelle
i have extra light: melges Ascow
love them both. the alden ride is dreamy, as long as you push back against mother nature, 'never back down'
the Ascow is faster than everyone you guys boats, 'he, he, he", that's right, i said it! lighter too! totally different ride. 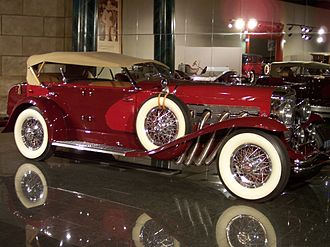