n/a n/a Galveston
Any Bristol 40 owners out here? Signing the paperwork on one tomorrow.
D

Catalina 30 Newport, RI
I am shopping for one. I am going to list my C30 this Summer and see what happens...

I would love to hear your impressions so far and what to look for. I want to do some cruising around New England.

john alden caravelle 42 sturgeon bay, wis
a best friend has one. we sail side by side all the time. love the boat. his is a cutter rig. another close friend had one and moved up to maine with it, a yawl. both owners love their boats.

doublebuffle said:
I am shopping for one. I am going to list my C30 this Summer and see what happens...

I would love to hear your impressions so far and what to look for. I want to do some cruising around New England.
Click to expand

Only thing I can pass along is they are initially tender so you will find yourself going to windward with the leeward rail in or close to the water. Then they stiffen up. I had two friends who owned them. One was a pretty yawl, well kept up. The other was a sloop not so well kept up. The yawl had a Westerbeke engine and the sloop had a Volvo - not so good.

CAL 35 Cruiser moored EVERETT WA
Congrats @scuba201. Nice layout for the boat. You should have fun on her.
Likes: scuba201

Alden 38' Challenger yawl Rockport Harbor
Here's a Bristol 40 owner having his mast stepped in Rockport Harbor, Maine. There were 149 of these Ted Hood designed beauties built between 1970 and 1986. 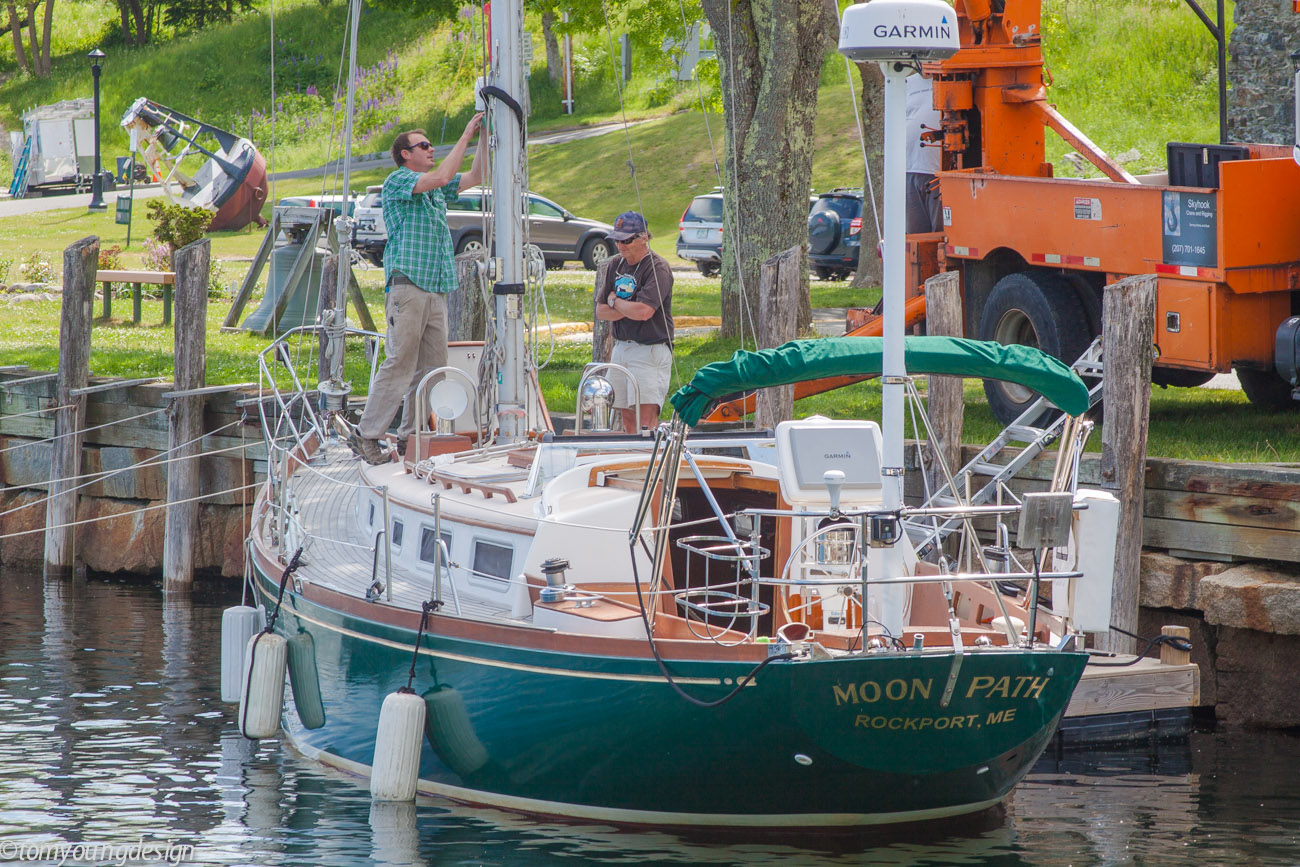 Still popular and holding their value, this classic plastic with a long keel and prop in aperture is a popular boat on our coast that can be a cats cradle of lobster buoys and warp.

MOON PATH has shapely teak veneer decks. Looks broad from this angle but in fact the B-40 has a 10'6" beam. 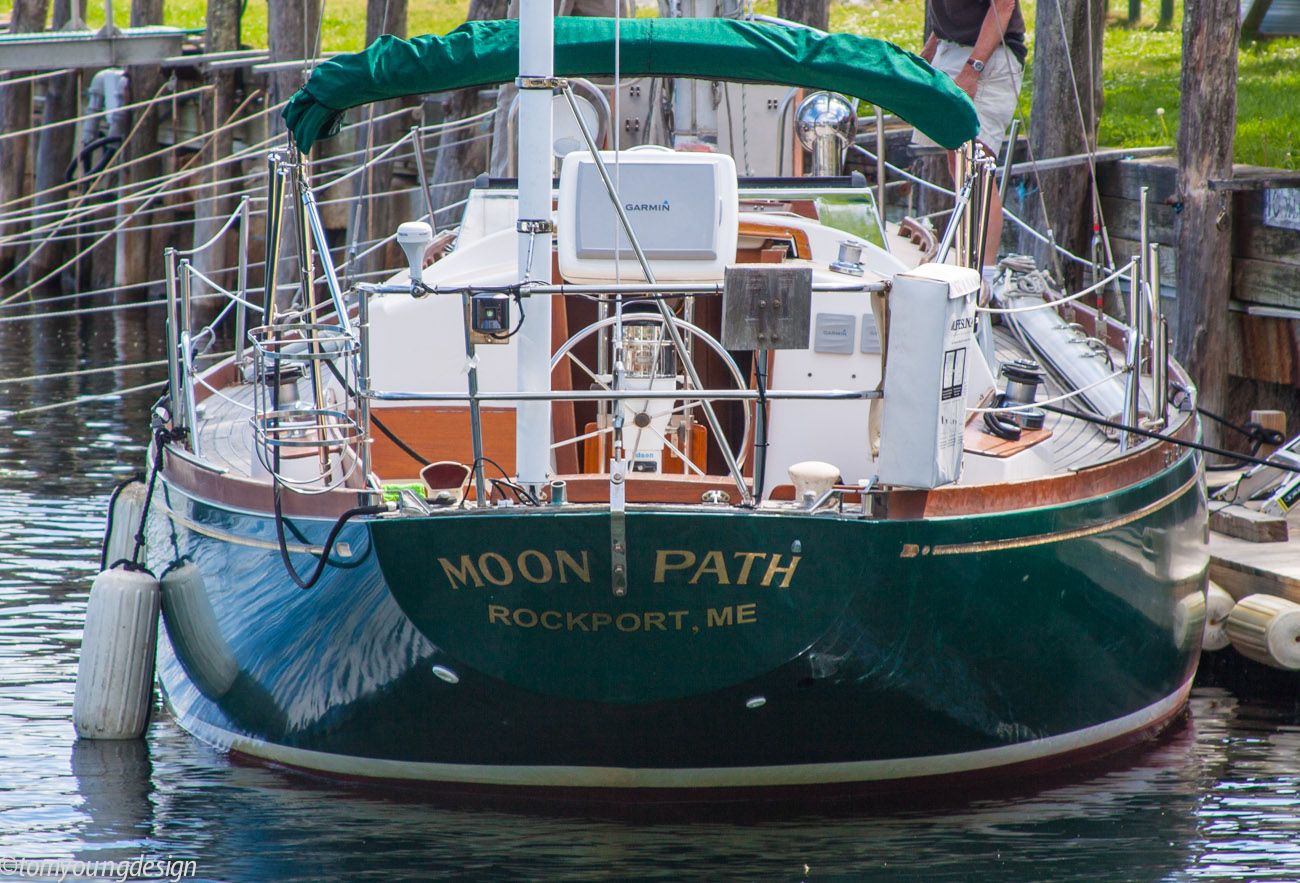 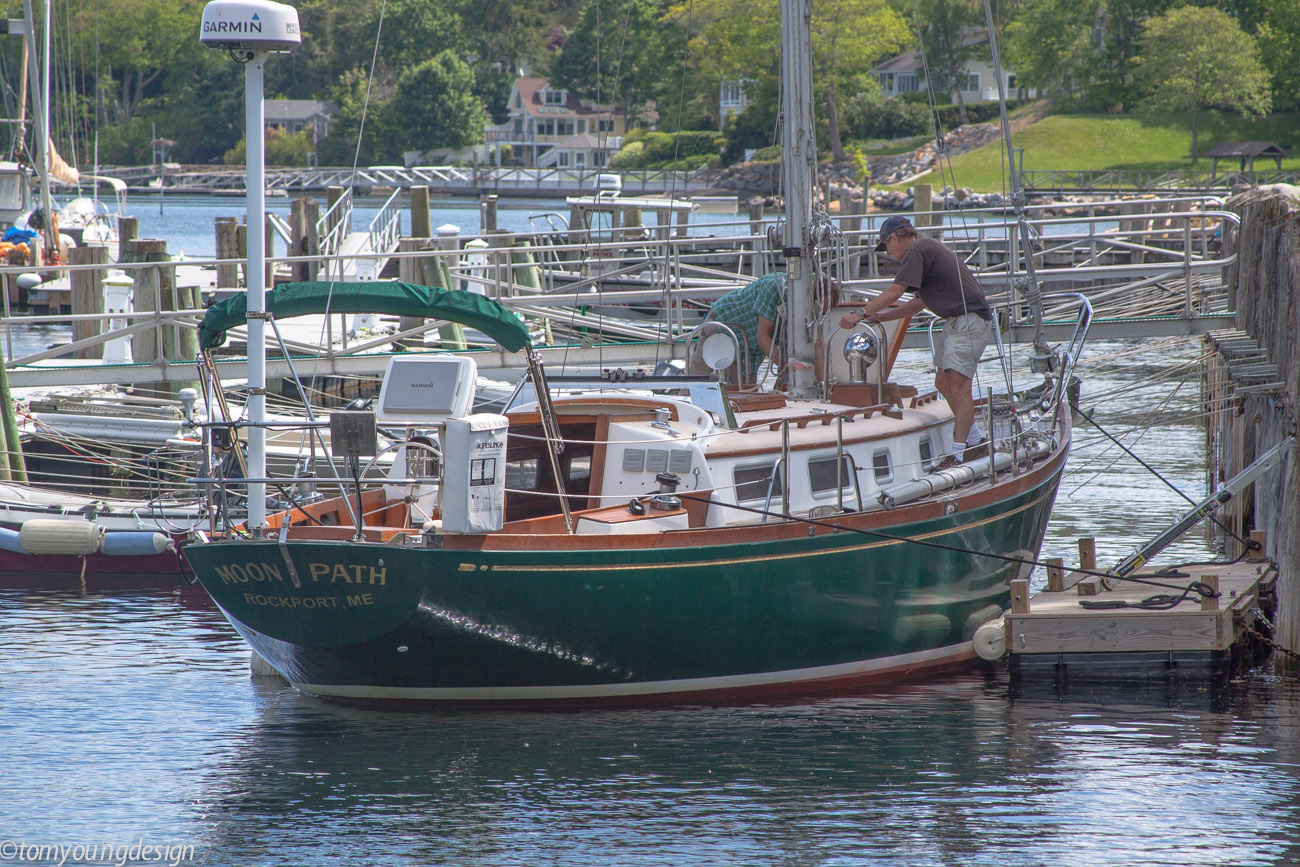 MOON PATH was cast off a few second later and tied to our free public docks for a few hours for the owner to install boom and bend on sails. Arriving from winter storage inland (a few miles) on a hydraulic trailer a few hours before, she's now launched, stepped and ready for the season.

Total cost (trailer/mast stepping), would likely be no more than $500 for the DIY owner.
Likes: jon hansen
D

Catalina 30 Newport, RI
Wow, thanks for all the responses.
You must log in or register to reply here.
Share:
Email Link
Top Bottom